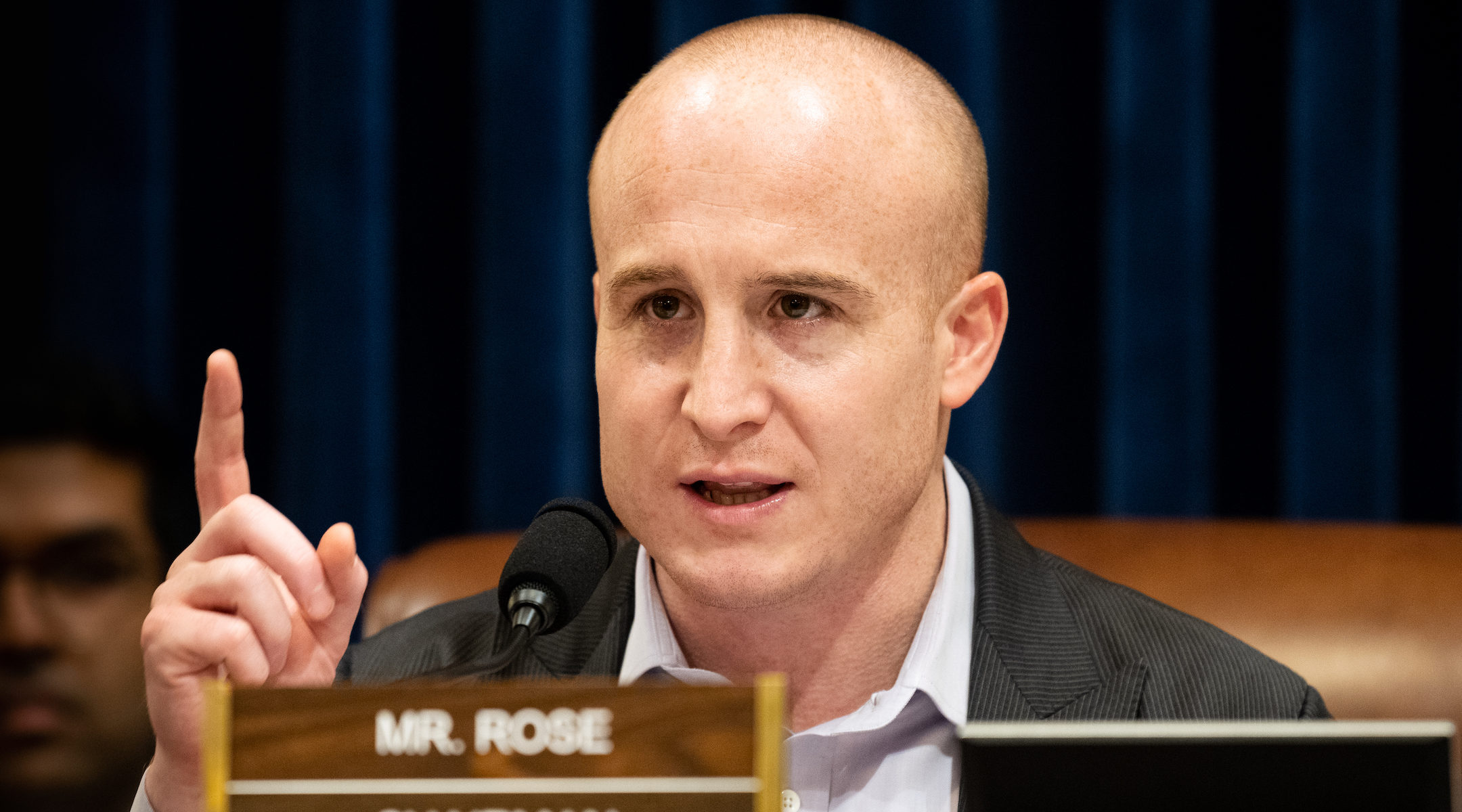 Max Rose's appointment does not appear to require Senate confirmation, so the New Yorker would be ready to start immediately. (Michael Brochstein/Echoes Wire/Barcroft Media via Getty Images)
Advertisement

(JTA) — Max Rose, the outspoken Staten Island Jewish congressman defeated in his bid for reelection, appears headed to the Pentagon to be a top adviser on the coronavirus pandemic.

Rose appeared on a long list of likely Biden administration political appointees leaked on Tuesday to Defense One, which covers the Pentagon. His title would be special assistant to the secretary of Defense (senior adviser, COVID). It does not appear to require Senate confirmation, so Rose would be ready to start immediately. Defense One said the list may not be final.

Rose, a moderate Democrat who became well known for his blunt and sometimes profane rhetoric, is an Army veteran. He suspended campaigning for a period last summer to deploy with the National Guard to assist with coronavirus response in New York City.

In 2018, he won a freshman term in Congress in a district that usually leans Republican, but lost in November.

Also named on the list is Dana Stroul as deputy assistant secretary of defense (Middle East). Stroul is currently a senior fellow at the Washington Institute for Near East Policy, a think tank with close ties to the Israeli and American security establishments.

Stroul, who is Jewish, has worked in Congress and for the Obama administration on Middle East issues. She worked for Sen. Ben Cardin, D-Md., when he was senior Democrat on the Foreign Relations Committee. Cardin at the time, in 2015, was one of a handful of Democrats in the Senate who opposed the Iran nuclear deal.