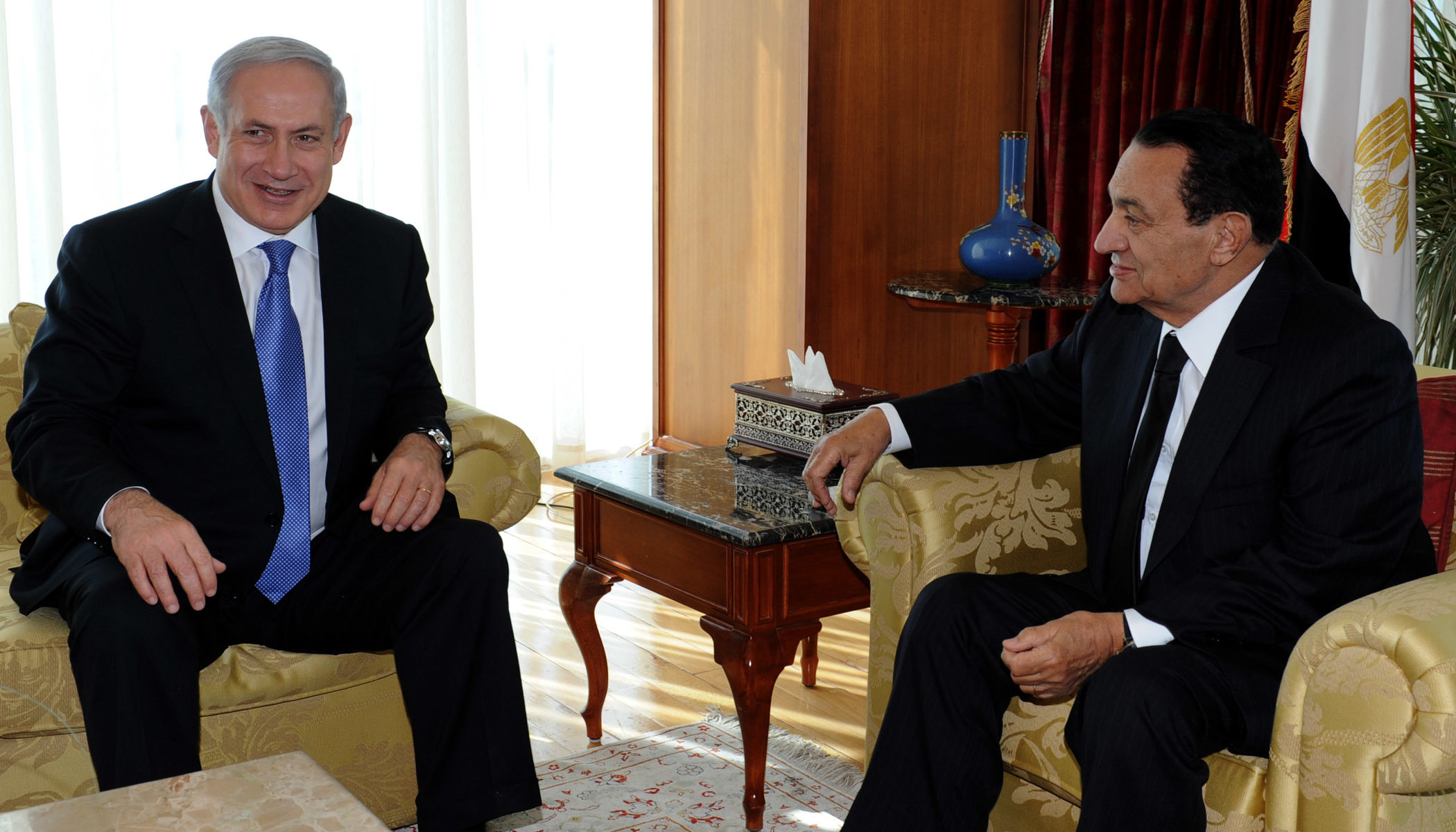 JERUSALEM (JTA) — Hosni Mubarak, who as president of Egypt for 30 years kept his nation’s “cold peace” with Israel, died on Tuesday.

Mubarak was ousted and jailed in 2011 following massive street protests.

Israeli Prime Minister Benjamin Netanyahu released a statement of condolence on behalf of the citizens and government of Israel.

“President Mubarak, my personal friend, was a leader who led his people to peace and security, to peace with Israel. I met with him many times,” Netanyahu said.

Their last meeting was in 2011 in Sharm el-Sheikh, shortly before Mubarak was deposed and sent to prison until 2017, when he was released  after being acquitted by the country’s high court on most of the charges against him.

“I was impressed by his commitment; we will continue to follow this common path,” Netanyahu said. “I would like to send condolences to President A-Sisi, to the Mubarak family and to the Egyptian people.”

Mubarak died at a Cairo hospital several weeks after surgery for an undisclosed ailment. He was 91.

He ascended to the presidency in 1981 with the assassination of Anwar Sadat by Islamic extremists — Mubarak, then vice president, was sitting next to Sadat on a reviewing stand when he was killed.

Throughout his reign, in which he survived several assassination attempts, Mubarak abided by the 1979 peace treaty that his predecessor signed with then-Israeli Prime Minister Menachem Begin. The observance of the treaty often has been called a “cold peace.”

Mubarak was commander of the Egyptian Air Force during the 1973 Yom Kippur War, which Egypt considered a victory, cementing his popularity.

Egypt will observe three days of mourning beginning on Wednesday. The nation’s presidency said in a statement that it mourned Mubarak’s death as a “military leader and war hero.”