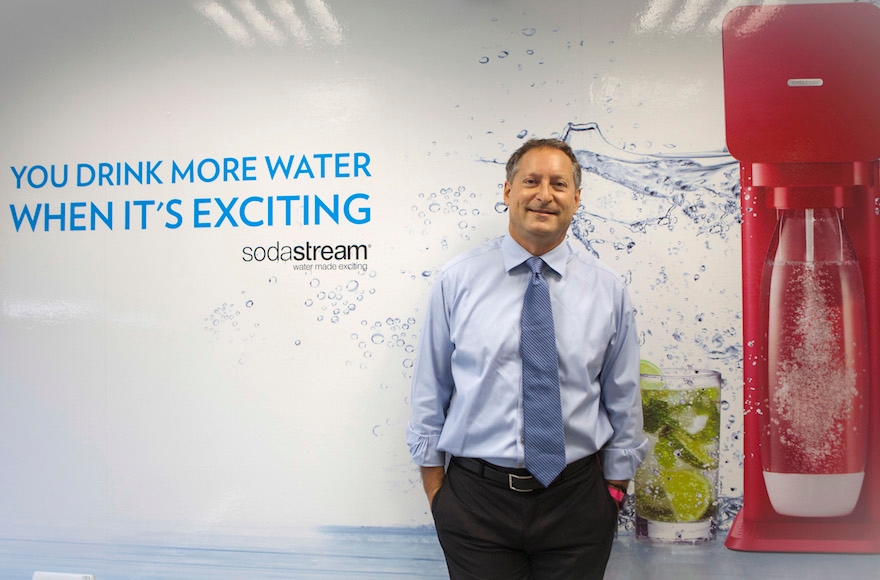 JERUSALEM (JTA) — Daniel Birnbaum, the former CEO of SodaStream, is under investigation for insider trading violations surrounding the company’s acquisition by PepsiCo.

Birnbaum, who announced earlier this year that he would step down as international chairman of the company this month, was questioned and released from custody on Monday. He was scheduled to return Tuesday for more questioning by the Israel Securities Authority.

The Israel Securities Authority suspects that Birnbaum passed on information to the employee, who acquired shares in the company prior to PepsiCo’s acquisition, according to Globes. She reportedly made a profit of more than $42,000.

PepsiCo acquired the Israeli home soda maker manufacturer a year ago for $3.2 billion. It operates as an independent subsidiary and remains based in Israel.

Birnbaum was released on bail of about $342,000 and ordered by the Tel Aviv District Court not to leave the country for 180 days, the Israeli business publication Calcalist reported.

“The company will cooperate as needed to assist the Israel Securities Authority to exhaust the investigation,” SodaStream said in a statement.

PepsiCo has not commented on the matter.

Several years ago, SodaStream faced international pressure from the Boycott, Divestment and Sanctions movement targeting Israel to shut its West Bank plant and moved in October 2014 to an industrial park near Rahat, in southern Israel. Some 74 Palestinian employees who lost their jobs when the company closed the plant received permits to enter Israel in order to work at the new factory.