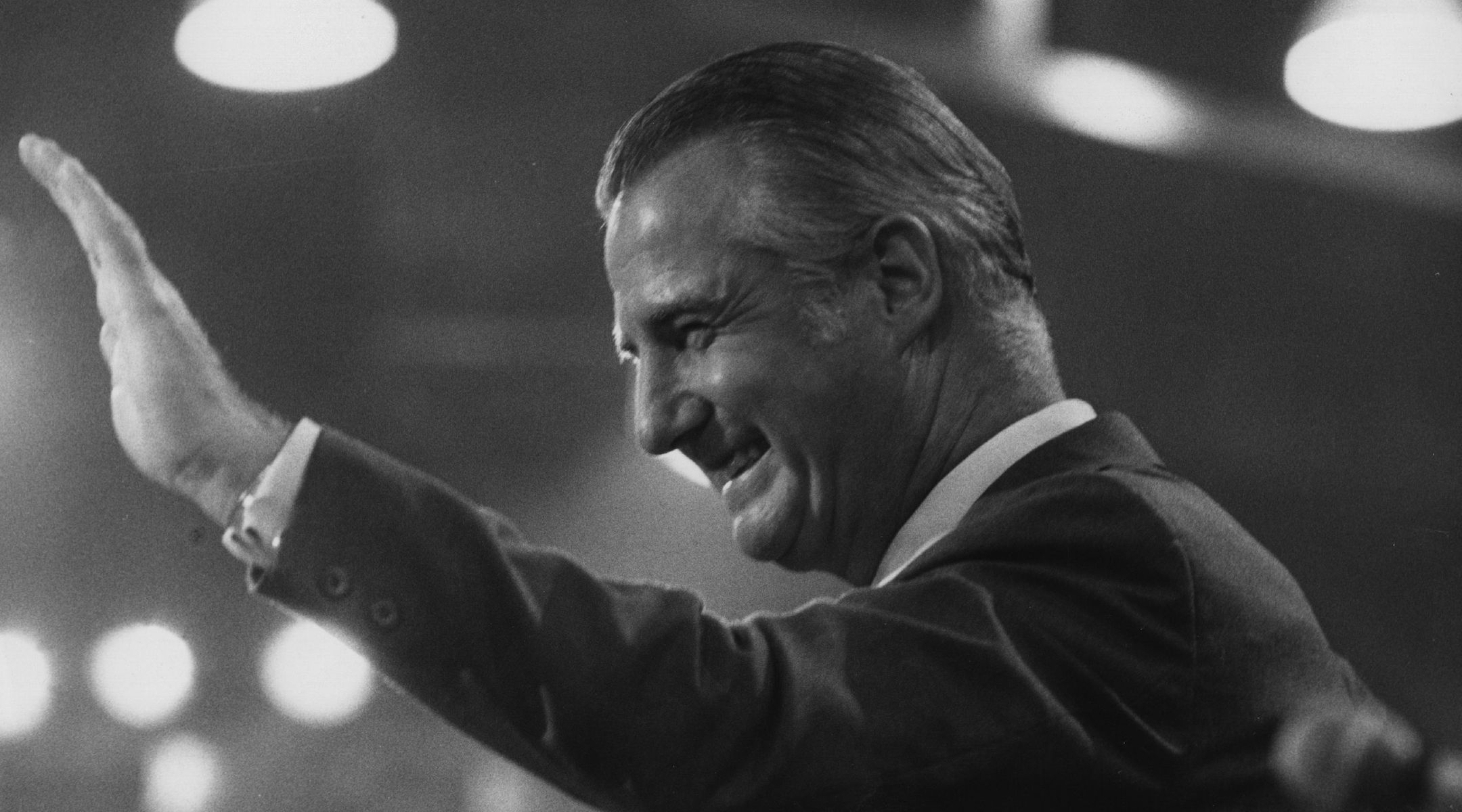 Spiro Agnew campaigning at the Republican Convention in Miami in 1972. (Keystone/Getty Images)
Advertisement

(JTA) — The late Vice President Spiro Agnew requested money in 1980 from Saudi Arabia to “continue to fight” against US Zionists.

Agnew, who served for three years under Richard Nixon before resigning in 1973 in a corruption scandal from his time as the governor of Maryland in the 1960s, wrote to Fahd bin Abdulaziz Al Saud, then crown prince of Saudi Arabia, saying “I need desperately your financial support,” MSNBC  reported Thursday.

“You highness is already familiar with the unrelenting Zionist efforts to destroy me,” Agnew wrote, adding that Elliot Richardson, who was attorney general when Agnew was vice president, “attacked” him because Agnew “could not be trusted to act properly in the Middle East.”

The reason, he also wrote, “was that the Zionists in the United States knew that I would never agree to the continuance of the unfair and disastrous favoring of Israel and they had to get me out of office there so that I would not succeed Nixon.”

Since 1974, “The Zionists have orchestrated a well-organized attack on me” through lawsuits, Agnew said, “to bleed me of my resources to continue my effort to inform the American people of their control of the media and other influential sectors of American society.”

Agnew, who died in 1996, resigned amid revelations that he had engaged in corruption while governor and did not contest his conviction. But in his letter to the prince, he said the Zionists “framed” him.

He spoke out frequently about what he called the “Zionist influences in the U.S.”