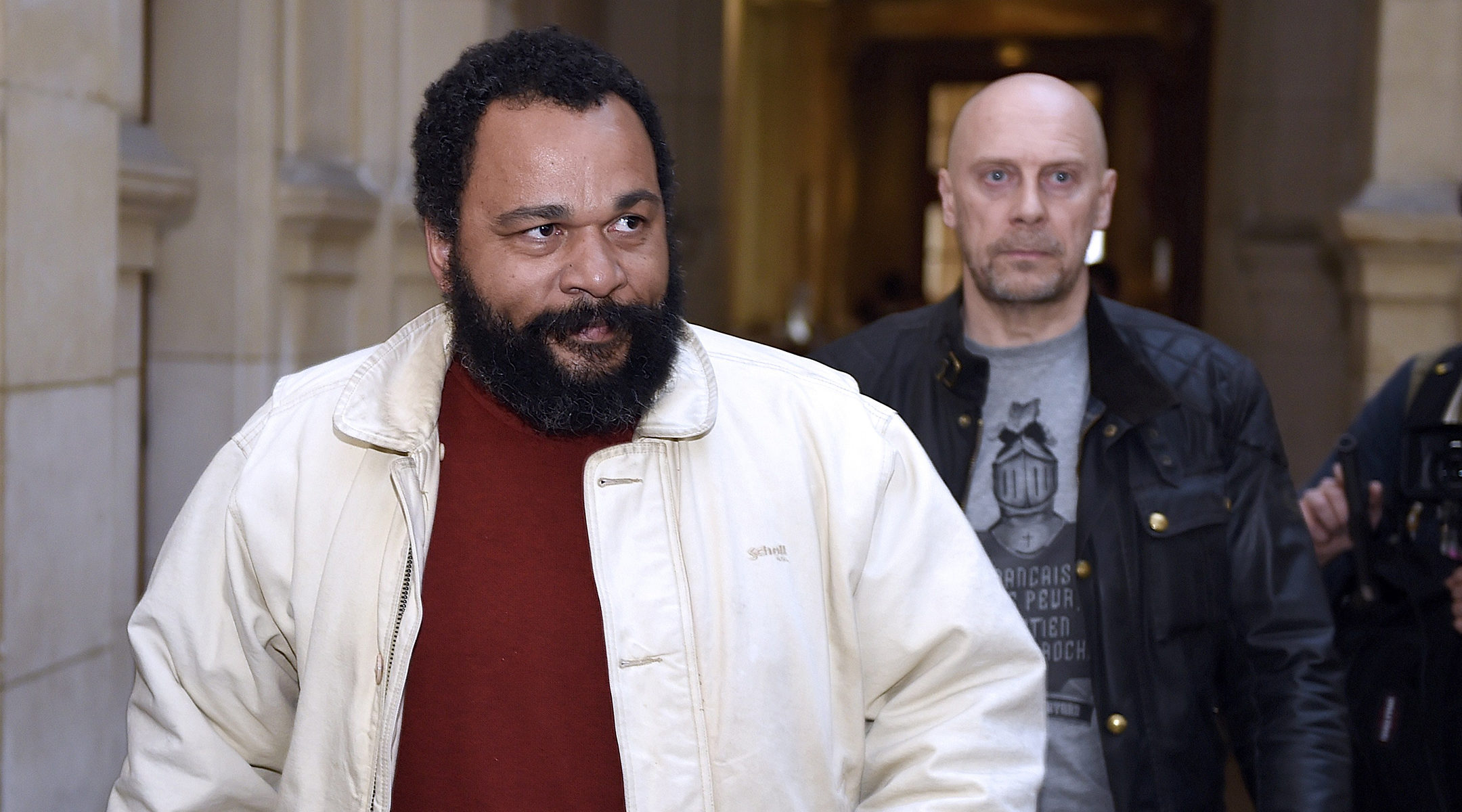 (JTA) — Police in France have again arrested Alain Soral, one of the country’s most prominent purveyors of anti-Semitic sentiment.

Soral, who has previously been sentenced to prison for inciting racial hatred and denying the Holocaust was apprehended at his Paris apartment on July 29 in connection with his website, “Equality and Reconciliation,” Le Parisien reported. The website outlines conspiracy theories about how Jews exercise their power and calls for a revolution.

Soral’s arrest was over incitement to hatred against Jews and actions that “endanger the fundamental interests of the republic.” People accused of publishing incitement and other non-violent offenses involving racism and calls for insubordination rarely get arrested in France. But Soral has been multiple times, though he has so far avoided prison by appealing his convictions.

Both Soral and Dieudonné have gained attention for posting anti-Semitic content and receiving multiple convictions for incitement and Holocaust denial. Several weeks ago, YouTube deleted Dieudonné’s channel and videos.

The action against Soral, who along with Dieudonné founded the now defunct Anti-Zionist Party in France, reflects a growing willingness on the part of the judiciary to use force against purveyors of anti-Semitic sentiment.

Social networks, including YouTube, Twitter and Facebook, had for years resisted or ignored calls to deprive Soral and Dieudonné of a platform on those services, citing the firms’ commitment to free speech.