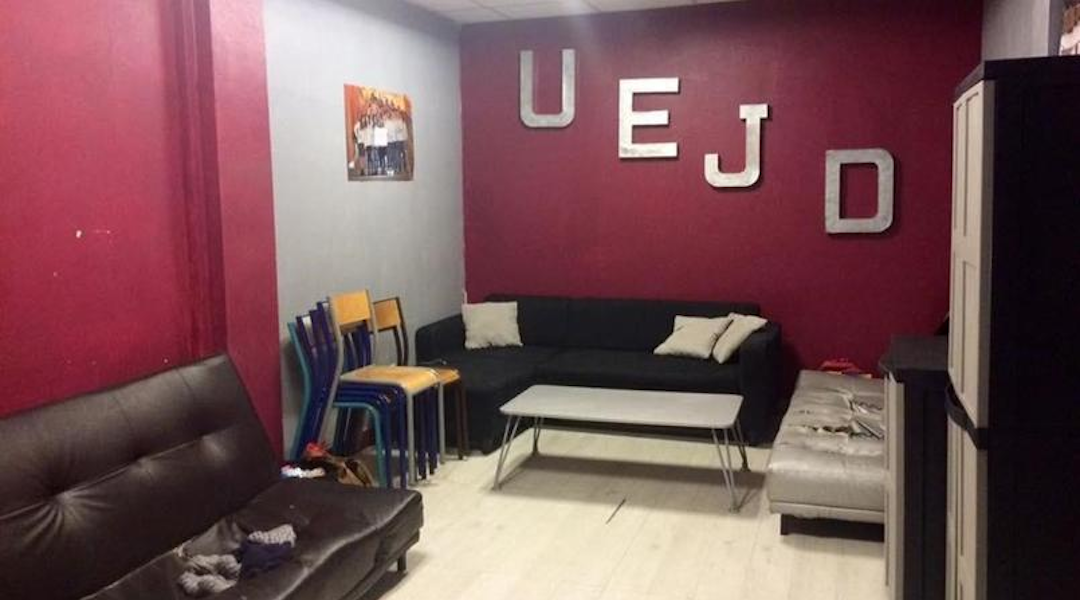 A view of the Union of French Jewish students offices that were vandalized at Paris Dauphine University, March 31, 2019. (Courtesy of UEJF)
Advertisement

PARIS (JTA) — The offices of a Jewish student association in Paris were vandalized by two men who filmed themselves urinating on the group’s literature and streamed it live on Snapchat.

The Union of Jewish Students of France, or UEJF, in a statement about Sunday’s incident at Dauphine University called it an anti-Semitic hate crime.

UEJF filed a police complaint against the men, whose identity is known to the Jewish student union. They are students, but not at Dauphine, the statement said.

“We are shocked about the incident,” the statement read, “but will continue our efforts toward making French universities a place where Jewish students can peacefully attend.”

In a poll commissioned by UEJF and published last month, nearly 90 percent of 405 French Jewish students surveyed said they have experienced anti-Semitic abuse on campus.

Nearly 20 percent of the respondents in the survey by the commercial polling company Ifop said they have suffered an anti-Semitic physical assault at least once while on campus. Of those, more than half reported suffering violence more than once.

More than half of the students who reported experiencing anti-Semitic incidents on campus said they did nothing about it. Only 8 percent complained to faculty. Nearly 20 percent said they did not report the incident or incidents for fear of reprisals, according to the report.