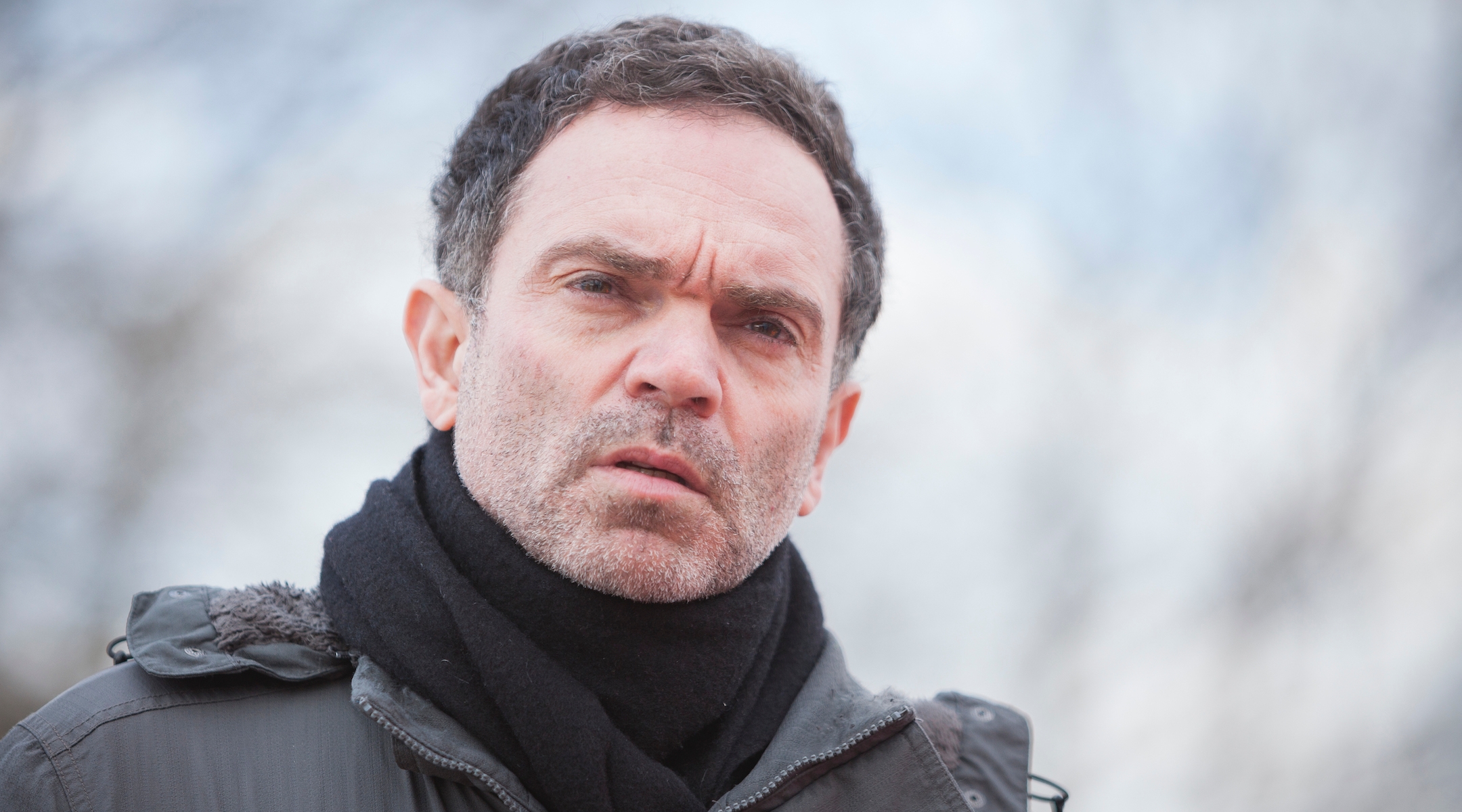 (JTA) — One of France’s most celebrated novelists published 30 years ago caricatures mocking the Holocaust and texts denying that the Holocaust happened.

Yann Moix, whose first novel won a prestigious Goncourt Prize in 1996, apologized this week for his actions and suspended the promotion of his latest novel, “Orleans,” over the discovery.

The weekly L’Express published an expose last week detailing Moix’s contributions in 1989-90 to a self-published periodical he called Ushoahia — a mashup of the Hebrew word for Holocaust and the name of a French television travel program.

Moix drew one caricature of a man wearing a striped prisoner uniform while holding up a can emblazoned with the words “Coca-Crema,” short for crematorium. He wrote: “You can beat the Jew!” and drew Stars of David around the caricature.

Another drawing featured similar caricatures performing like a rock band outside a Nazi-like camp encircled with barbed wire.

“Everybody knows the camps never existed,” a caption alongside that caricature read.

On Sunday, Moix during a talk show appearance apologized to Jews and “anyone who considers themselves more human than animal” for “the shocking, degrading drawings.” Today, he added, “I wouldn’t shake the hand that drew them.” He has since stopped speaking to the media about the affair.

Amid many condemnations, Moix was defended by one of France’s best-known Jewish thinkers, Bernard-Henri Levy. A frequent critic of anti-Semites, Levy has mentored Moix since 1993.

“For few, including Moix, I know, change comes from authentic self amelioration, effort of thought and honest learning,” Levy wrote in Le Point.