Gap removes ‘camp shirt’ that kind of looks like an Auschwitz uniform, and apologizes 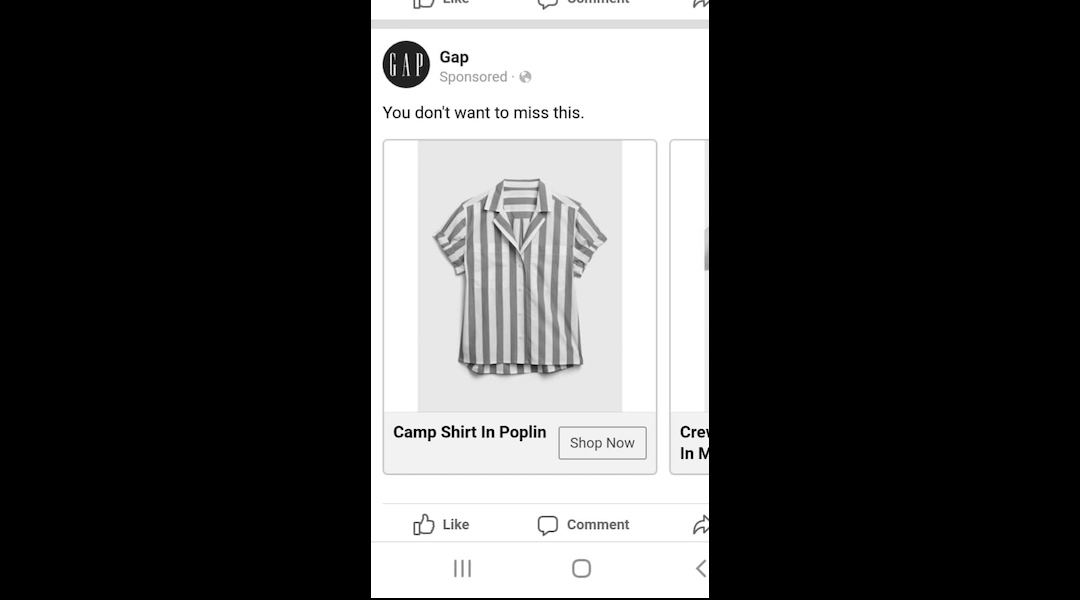 An ad for the "camp shirt" from Gap, which it has since stopped selling. (Screenshot from Facebook)
Advertisement

This article has been updated to reflect that Gap removed the shirt from its inventory and issued an apology.

(JTA) — Gap has stopped selling a shirt with a design that looks similar to the uniforms worn by Nazi concentration camp inmates. The company has apologized.

The gray- and white-striped pattern on the collared button-down T-shirt was one of many being offered by the clothing retailer for the “camp shirt.”

In response to an inquiry by the Jewish Telegraphic Agency, the company said the shirt and associated name contravened its values.

“We are deeply sorry for this oversight,” read a statement from a Gap Inc. spokesperson. “It was never our intention to design a shirt that could be interpreted or associated in this way, and thus inconsistent with the beliefs and values of our company. We removed the item as a result.”

This is not the first time a clothing store has sold apparel reminiscent of concentration camp uniforms. Last year, a luxury fashion house based in Spain stopped selling an $1,840 outfit that looked like the uniform. In 2014, the clothing chain Zara apologized for selling a striped shirt with a yellow Star of David on the chest. In 2007, Zara also apologized for selling a handbag featuring embroidered swastikas.