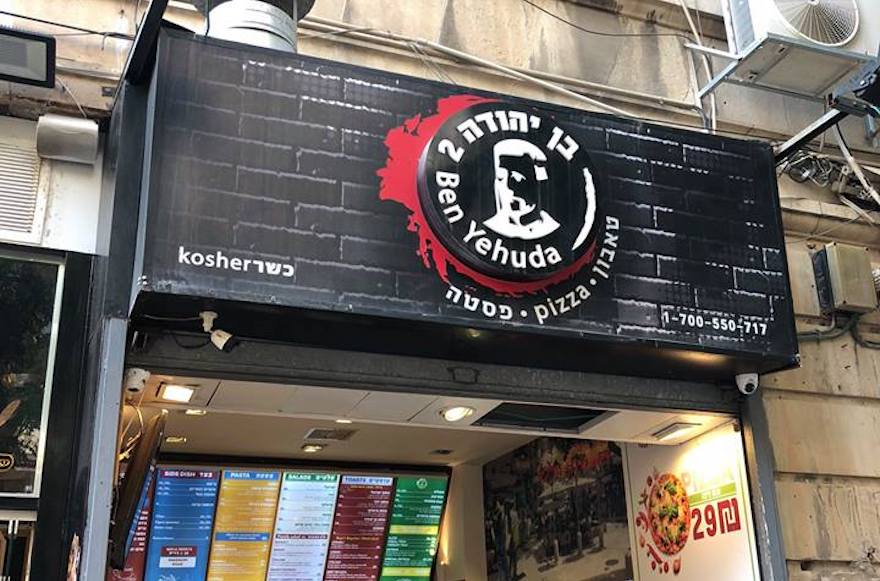 Sammy Kanter was kicked out of this pizza restaurant due to his sexual orientation. (Sammy Kanter/Facebook)
Advertisement

JERUSALEM (JTA) — A pizzeria in Jerusalem that refused to serve an American rabbinical student due to his sexual orientation must pay nearly $5,000  in damages.

A small claims court judge last week found in favor of Sammy Kanter and ordered the pizzeria to pay the damages.

Kanter, who is studying at the Reform movement’s Hebrew Union College in Israel for the year, was wearing a gay pride T-shirt in early August, a day after the Jerusalem Pride March, when he and some friends entered the Ben Yehudah 2 pizzeria. The white T-shirt had rainbow letters that spelled out “Cincy,” his hometown of Cincinnati, Ohio.

Kanter wrote in a Facebook post the day that the incident occurred: “Today, for the first time in my life, I was denied service at a pizza store for being who I am (in Jerusalem). I walked in with the shirt below, and the guy behind the counter said “Atah Homo (are you gay)?” I said yes. He said “out” and pointed at the door. My jaw dropped, and he instructed my classmates and I to leave.”

Refusing customers service because of their sexual orientation is illegal in Israel.

Kanter filed a lawsuit the following month, seeking damages of 33,500 shekels, or about $9,100, with the assistance of the Israel Religious Action Center, or IRAC, the social justice arm of the Reform movement in Israel.

We are proud of rabbinical student Sammy Kanter and his HUC classmates for standing up for equality and justice in Israel. They have used their time in Israel to prepare for the rabbinate not only by studying, but also by transforming Israeli society,” Anat Hoffman, executive director of IRAC, said in a statement.