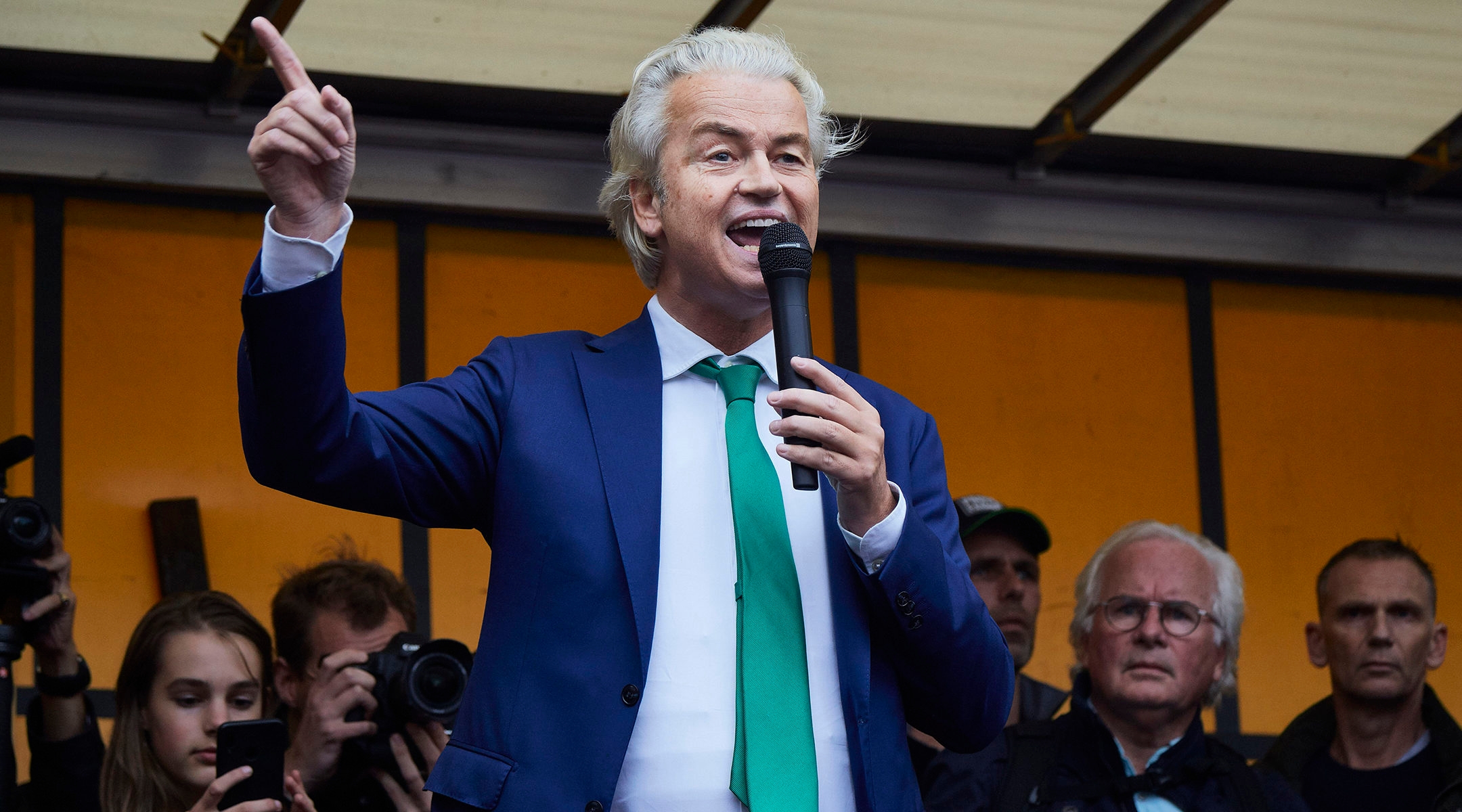 Geert Wilders speaking at a protest rally by Dutch farmers in The Hague, the Netherlands on Oct. 16, 2019. (Pierre Crom/Getty Images)
Advertisement

AMSTERDAM (JTA) — The leader of the second-largest party in the Netherlands called for expelling from the country an International Criminal Court prosecutor for attempting to try Israelis for war crimes.

Geert Wilders called Thursday for the expulsion of Fatou Bensouda over her Dec. 20 report alleging that both Israelis and Palestinians had committed war crimes. Bensouda is based in The Hague.

Israel maintains the court has no jurisdiction because Israel has a functioning judicial system that can exercise proper oversight of its leaders.

In his statement Thursday, Wilders, whose Party for Freedom won 20 seats in parliament in 2017 elections, said that the court “behaves as a biased pro-Palestinian institution and an anti-Semitic kangaroo court.” Bensouda “should be declared persona non grata and be evicted out of the Netherlands,” Wilders wrote.

Wilders, who is a vocal opponent of Muslim immigration to the Netherlands and European integration, is also a strong supporter of Israel.