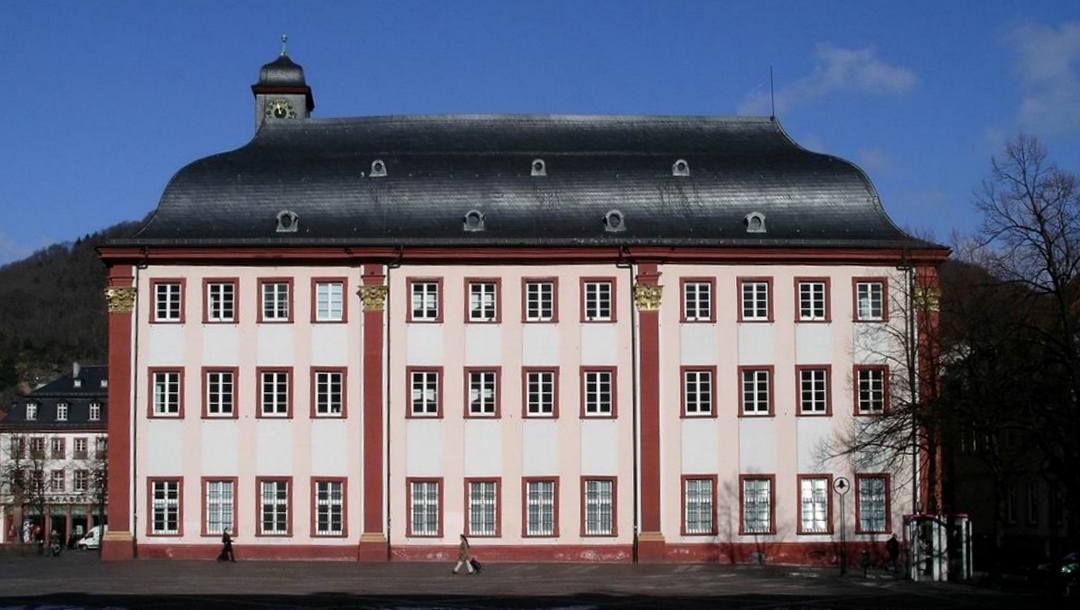 Pedestrians walk past a campus building at the University of Heidelberg, Germany on March 1, 2004. (Wikimedia Commons)
Advertisement

(JTA) — German government officials said that a university fraternity where a Jewish member was assaulted and pelted with coins has ties to far-right movements.

The interior ministry of the western German state of Baden-Württemberg on Tuesday published its findings about an August assault at the Fraternity of Normannia in Heidelberg, the seat of Germany’s oldest university. The fraternity has suspended activities at its house pending an inquiry.

According to the ministry, the fraternity, which was founded in 1890, is linked to the Identitarian movement, a far-right political movement active in many European countries.

The ministry began probing the fraternity after a 25-year-old member complained to police that he was assaulted by several young men at the fraternity house who whipped him with belts and threw coins in his face after learning he was Jewish. Some of the students were visiting from outside Hidelberg, the Rhein Neckar Zeitung reported.

In a statement last month, fraternity chairman Gunnar Heydrich denied that his body had any far-right affiliations or anti-Semitic policies.