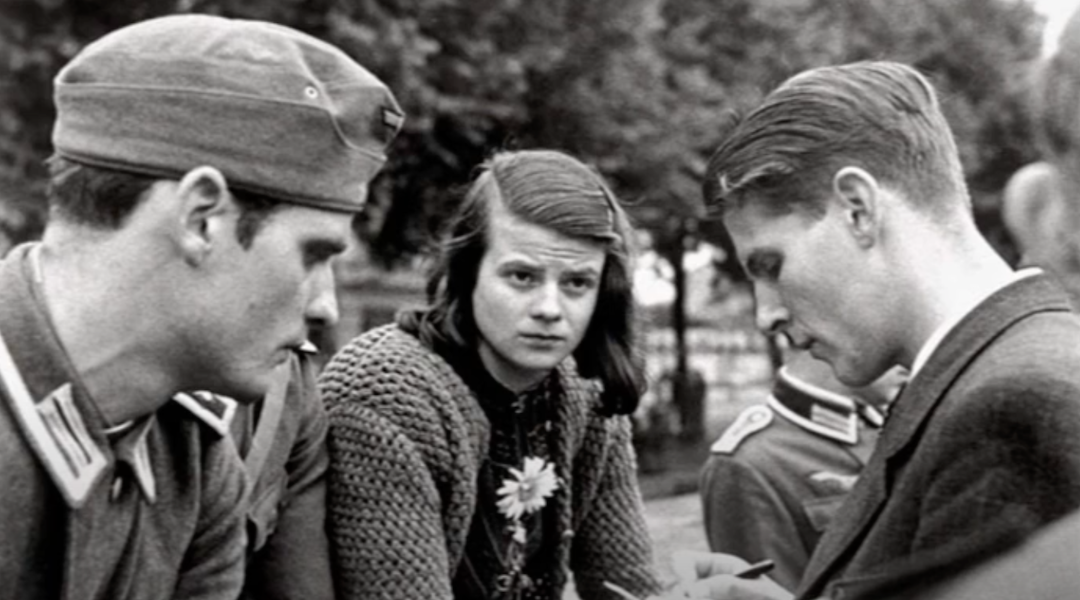 (JTA) — A woman protesting coronavirus restrictions in Germany likened herself to a resistance fighter killed in a Holocaust uprising.

Speaking at a demonstration Saturday, a woman who identified herself as “Jana from Kassel” compared herself to Sophie Scholl, who was an organizer of the White Rose resistance movement in 1943 at the University of Munich.

The woman said she “feels like Sophie Scholl, because for months I have been active in the resistance here, giving speeches, going to demos, giving out flyers,” according to the German publication Deutsche Welle. “I’m 22 years old, just like Sophie Scholl when she fell victim to National Socialism.”

“Anyone who compares themselves to Sophie Scholl or Anne Frank today is mocking the courage it took to take a stand against the Nazis,” he wrote. “That trivializes the Holocaust and shows an unacceptable historical ignorance. Nothing connects the coronavirus protests with resistance fighters. Nothing!”

Some protesters in the United States have also made comparisons between Nazism and COVID-19 restrictions. In July, Jonathan Greenblatt, the CEO of the Anti-Defamation League, tweeted, “To compare COVID-19 rules to the slaughter of millions in the Holocaust is disgusting, wrong and has no place in our society.” He was responding to an editorial cartoon comparing a mask mandate to the Holocaust.

The German woman encountered criticism at the protest, too. After she made the Scholl comparison, a security guard interrupted her, took off his vest and said, “I’m not going to be a security guard for bullshit like this,” according to Deutsche Welle.