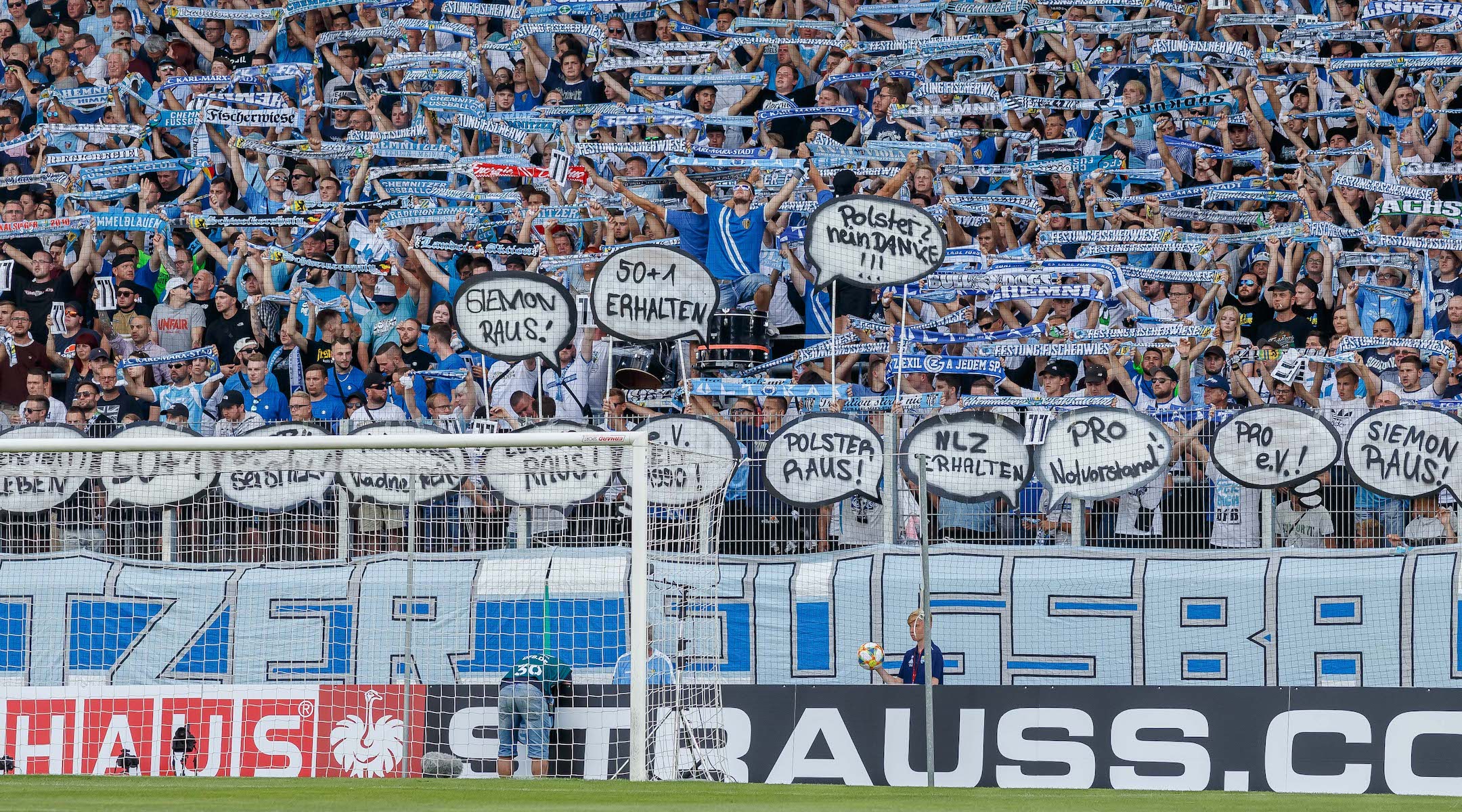 Supporters of the German Chemnitzer Football Club seen prior to a match at Stadion an der Gellertstrasse in Chemnitz, Germany, Aug. 11, 2019. (TF-Images/Getty Images)
Advertisement

(JTA) — A German soccer team has called out its fans for anti-Semitic and racist comments during a game.

Members of the Chemnitzer Football Club, part of Germany’s third division soccer league, refused to acknowledge its traveling fans as is customary at the end of a match after playing Bayern Munich’s second team on Saturday. Racist and anti-Semitic chants were heard during the second half of the game, the German Deutsch-Welle news service reported.

Fans caled the club’s sporting director Thomas Sobotzik a “Jewish pig” and chanted “at least Daniel Frahn is not a negro.” Sobotzik fired Frahn, the team captain, earlier this month after he repeatedly showed support for the far-right fans.

The fans’ chants “cannot have any acceptance in our society,” the team said in a statement, and threatened legal action.

The team has been in a running battle with its right-wing fans for several months. During a match in March, fans held a moment of silence and displayed a banner in honor of Thomas Haller, a local far-right leader and former head of the club’s security firm.

The city of Chemnitz, in Saxony, eastern Germany, is home to a well-established neo-Nazi network, which was known to have connections with the far-right terrorist organization the National Socialist Underground, according to  Deutsch-Welle.