German synagogue attacker confesses and says he had anti-Semitic motive 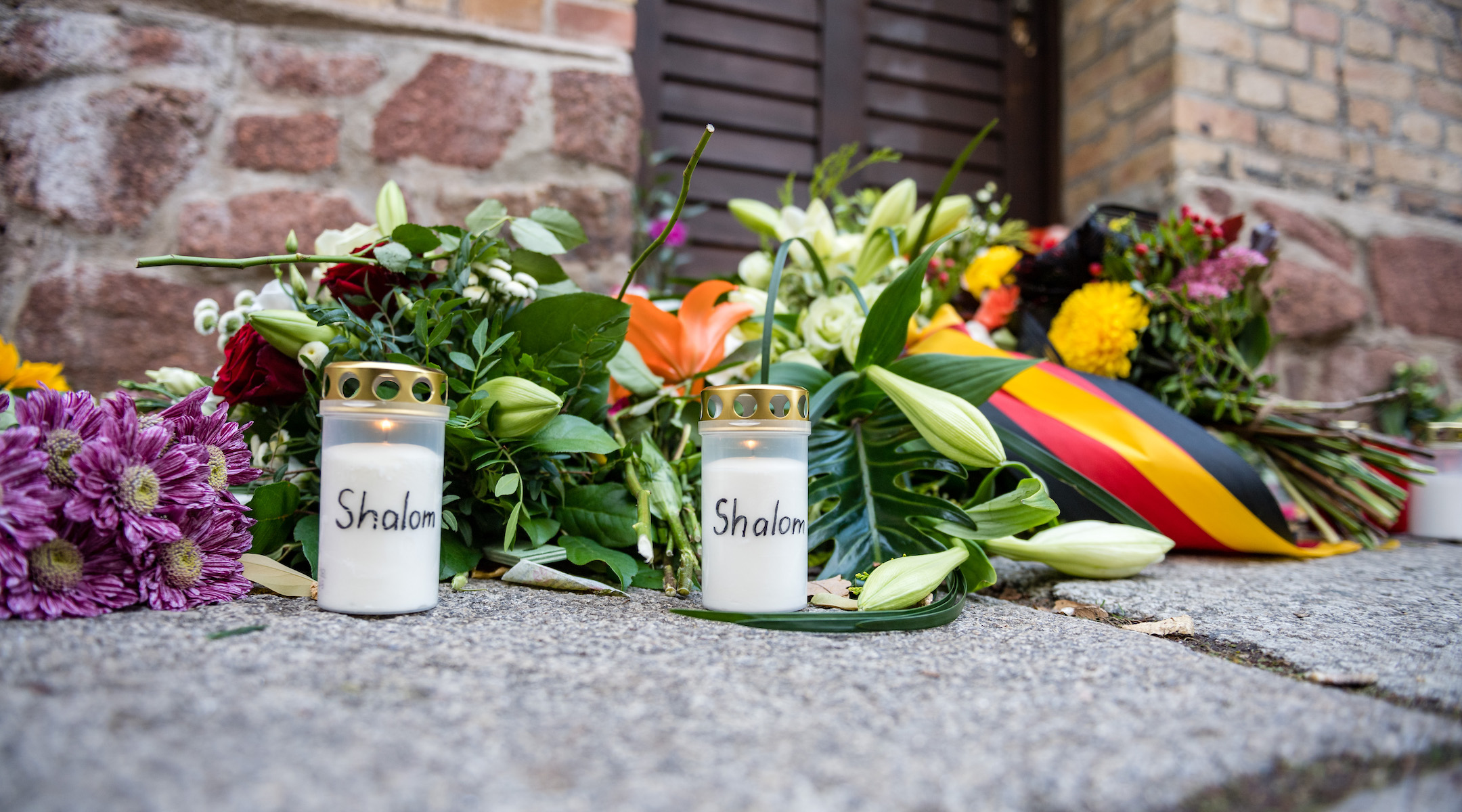 Flowers and candles in front the synagogue where a shooting took place in Halle, Germany, Oct. 10, 2019. (Jens Schlueter/Getty Images)
Advertisement

(JTA) — The German man suspected of killing two people near a synagogue on Yom Kippur has confessed to the attack and said that he had anti-Semitic and far-right motives, the German federal prosecutor’s officer said.

Stephan Balliet, 27, made a “very comprehensive” confession during an hours-long interrogation, according to a spokesman for the federal prosecutor’s office in Karlsruhe, who spoke to reporters on Friday.  “He confirmed far-right and anti-Semitic motives” for the attack, the spokesman also said, the AFP news agency reported.

Despite the guilty plea, Balliet still will stand trial for the attack last week, on a synagogue in the city of Halle, in central Germany. He tried to enter the synagogue with explosives but was stymied by its locked doors. He then turned his gunfire on a woman outside and a man in a nearby kebab shop, killing both.

It is not clear how his confession will affect sentencing in his case, which is being treated as a terrorist attack.