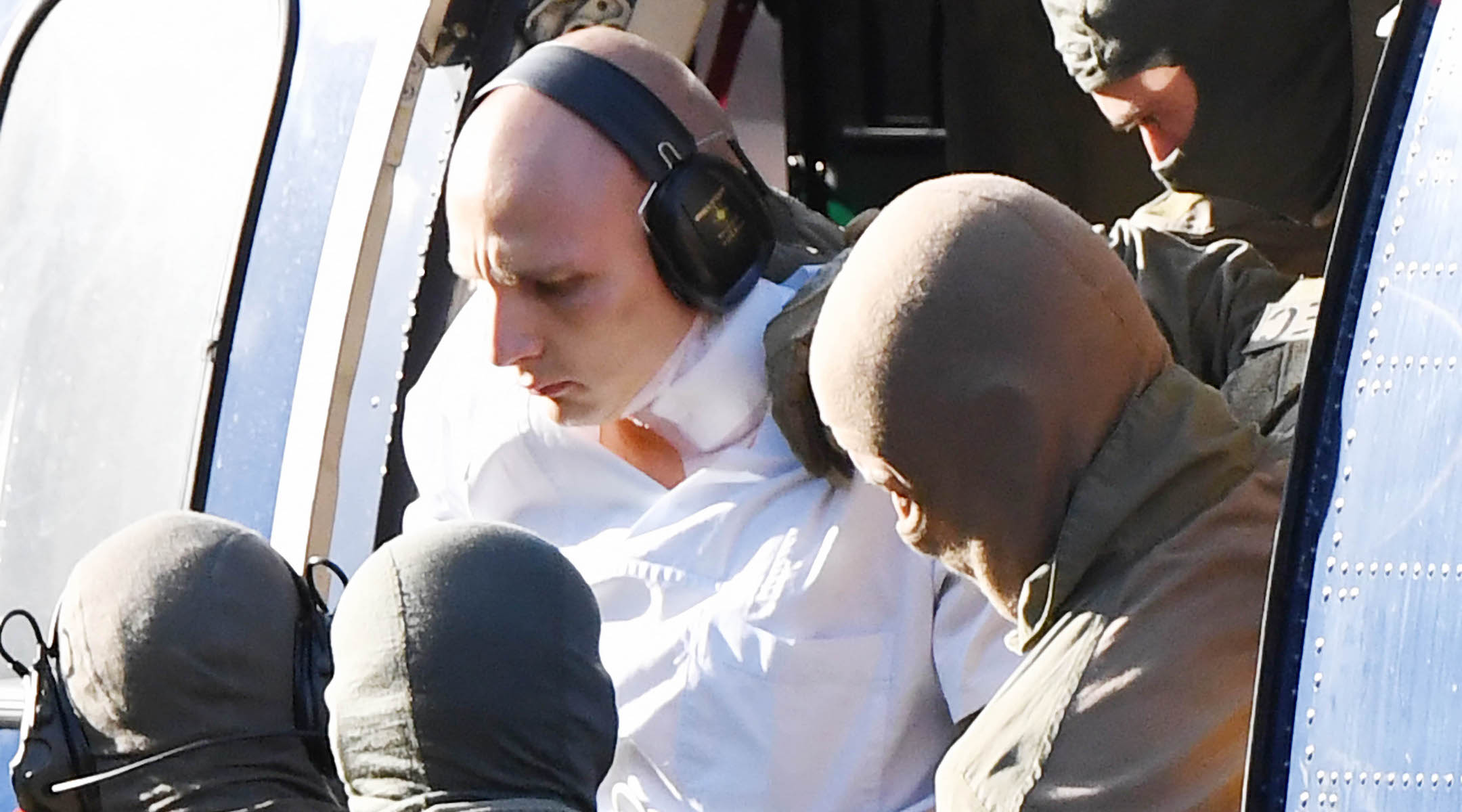 The Halle shooter is assisted by policemen out of a helicopter after it landed at the Federal Supreme Court (Bundesgerichtshof) in Karlsruhe, southern Germany, Oct. 10, 2019. (Uli Deck/dpa/AFP via Getty Images)
Advertisement

(JTA) — The German man suspected of killing two people near a synagogue this week reportedly told German investigators that he received approximately $800 from an anonymous online donor prior to the attack.

The German publication Der Spiegel reported Friday that the accused, Stephan Balliet, had received the money in the form of the cryptocurrency Bitcoin from an unknown person with whom he communicated on the internet, according to his defense attorney Hans-Dieter Weber.

Weber also told the publication that Balliet denied being a neo-Nazi in his interrogation by German authorities. Balliet claimed to have acted alone and made the weapons used in the attack himself from cheap materials.

Balliet is accused of an attack Wednesday on a synagogue in the city of Halle, in central Germany. He tried to enter the synagogue with explosives but was stymied by its locked doors. He then turned his gunfire on a woman outside and a man in a nearby kebab shop, killing both.

The victims were identified Friday as Jana Lange, 40, and Kevin S., 20.