Germany gets tougher on internet hate, including anti-Semitic hate speech 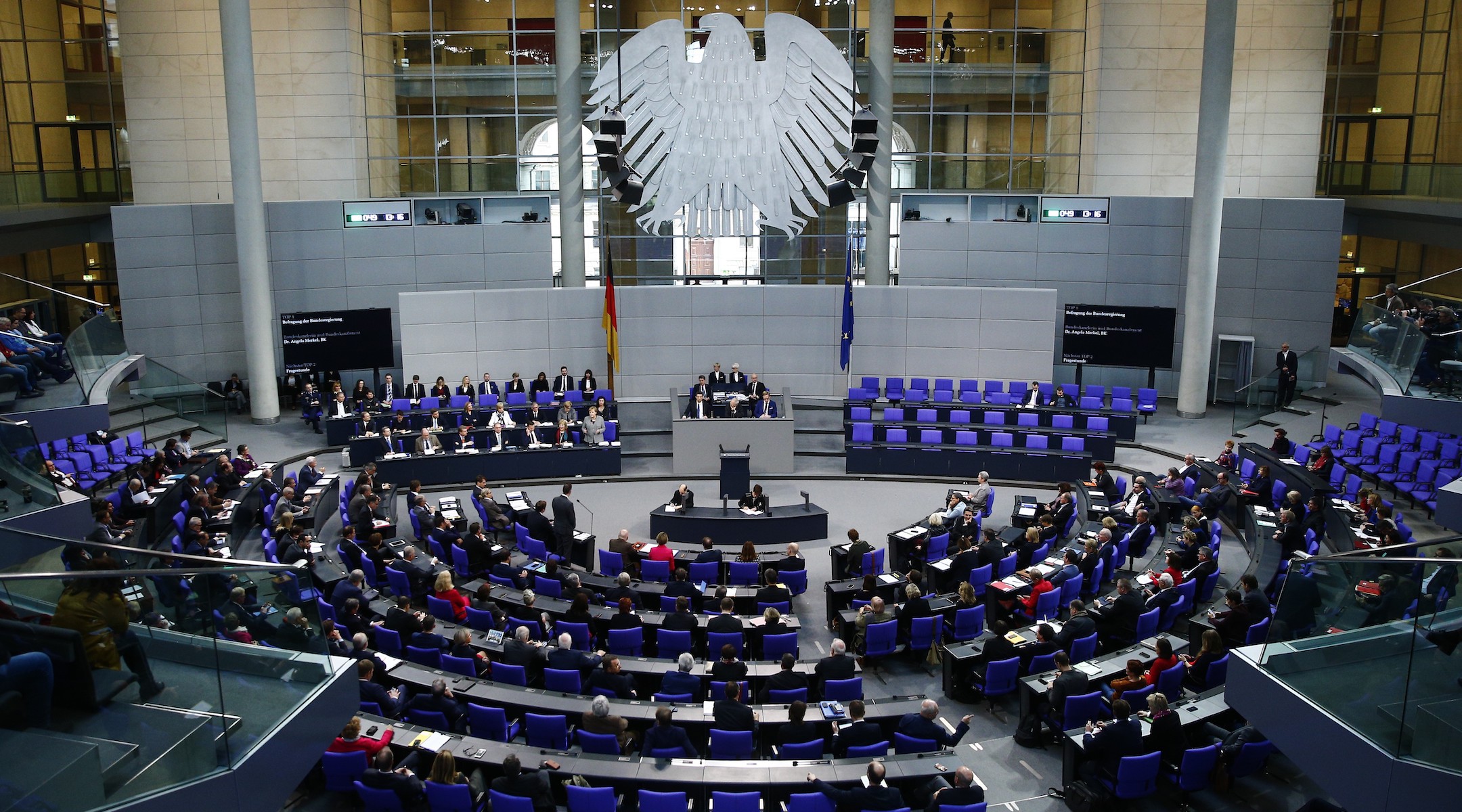 BERLIN (JTA) – Germany is cracking down on internet hate, including anti-Semitic hate speech.

The Cabinet of Chancellor Angela Merkel approved a bill Wednesday that would force social media networks to report to police investigators any cases of hate speech and posts that glorify or threaten violence. They already are required to remove such posts.

That evening in the German city of Hanau, a far-right extremist killed 10 people and later was found dead himself. The alleged shooter left behind a video and a 24-page manifesto in which he said certain peoples “must be completely destroyed,” according to German news reports. He reportedly said he wanted to exterminate people from Asia, North Africa and Israel.

The bill, which requires approval by the two houses of Germany’s parliament, also would provide for tougher sentences for crimes with anti-Semitic motivations. The provision was included in response to the October attack on a synagogue in Halle, in which two passersby were killed.

Those who use the internet to threaten bodily harm to others, including rape, or even to threaten to damage someone’s property, will face punishment that previously was reserved for death threats: two to three years in jail.

Social media platforms not only must remove postings with, for example, neo-Nazi propaganda, plans for terrorist acts, depictions of violence, child pornography and rape threats, they also have to report such material to a new federal police investigative department or face fines of up to $54 million.

The new investigative department will collect the offending posts and IP addresses. In especially serious cases, including terrorism plans and murder, the government will be able to obtain user passwords in order to gain access to private accounts.

Minister of Justice Christine Lambrecht told the German news media that the measure was designed to “dry up the breeding ground where this extremism flourishes.”

According to the most recent available statistics from the Ministry of Justice, anti-Semitic crimes increased by 40 percent from 2013 to 2018. The vast majority are so-called propaganda crimes, including verbal threats.