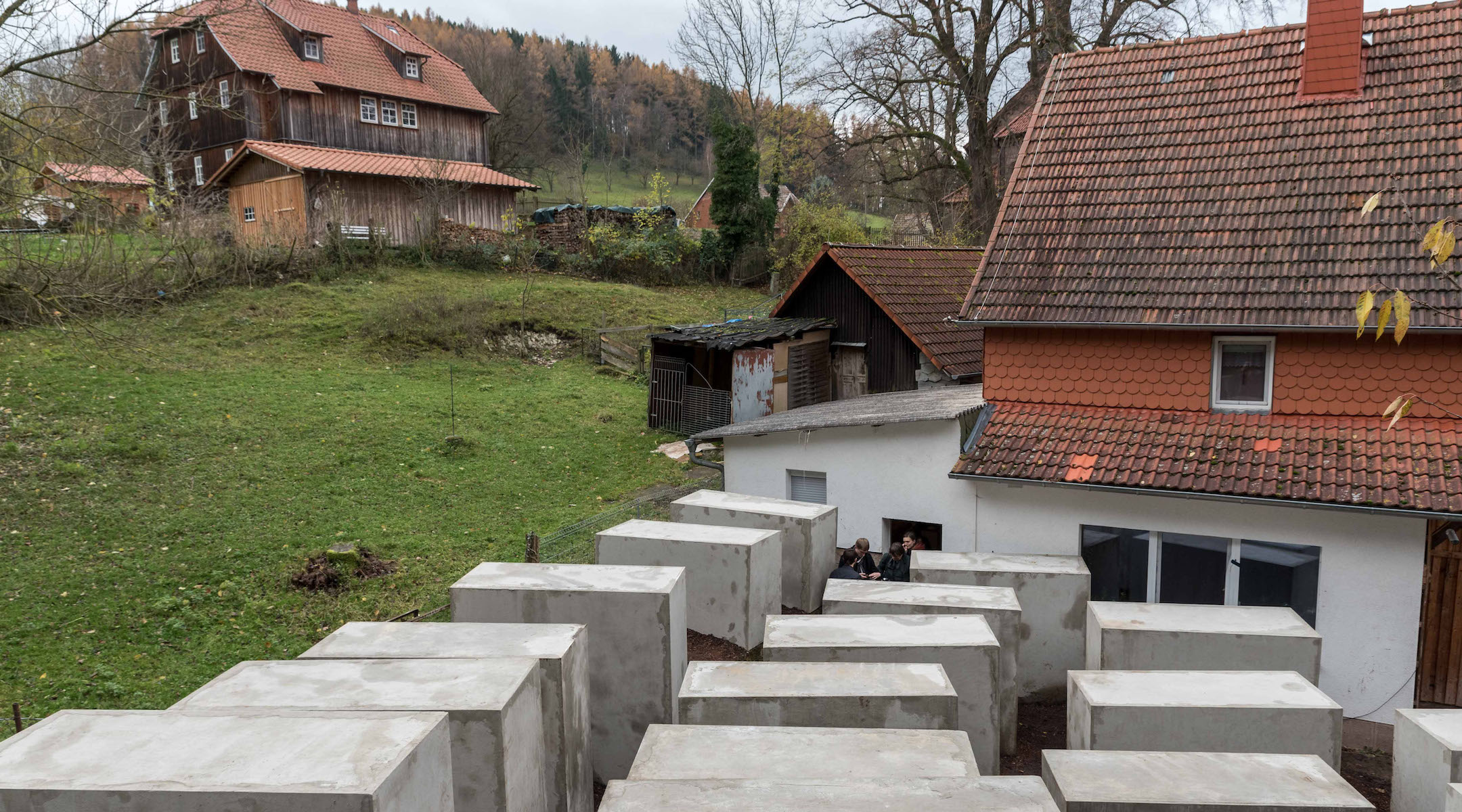 The memorial replica, erected in November 2017, can be seen outside Björn Höcke's house. (F.Boillot/snapshot-photography/ullstein bild via Getty Images)
Advertisement

(JTA) — In 2017, a German artist built a replica of Berlin’s Holocaust memorial and placed it outside a the house of a far-right politician who had called the original “a monument of shame.”

Now that artist, Philipp Ruch, is being investigated by a German prosecutor who is using a state legal provision typically employed to look into far-right and far-left extremists, as well as terrorists, The New York Times reported Wednesday.

The information was revealed after a politician asked for information about the list of those being investigated under the provision. The politician who requested the information, Steffen Dittes of the Left Party, said the probe’s existence “sends a devastating political signal” and that the prosecutor in charge was known for going easy on the far-right, according to The Times.

The investigation was opened just a week after Ruch put up the memorial replica outside Björn Höcke’s house, in November 2017. Höcke, a leader of the Alternative for Germany, or AfD, in the former East German state of Thuringia, unsuccessfully tried suing the artist to get rid of the piece.

A group that put up the statue with Ruch reportedly offered to remove the installation if Höcke “fall[s] to his knees” in front of it and sincerely asks for forgiveness, in a gesture reminiscent of then-chancellor Willy Brant in 1970 at a memorial to the Warsaw Ghetto Uprising.

The memorial in Berlin was dedicated in May 2005. It is made up of 2,711 concrete slabs or “stelae,” arranged in a grid pattern on a sloping field, resembling a cemetery.