Germany ‘must protect Jewish life,’ its president says at site of attack near synagogue 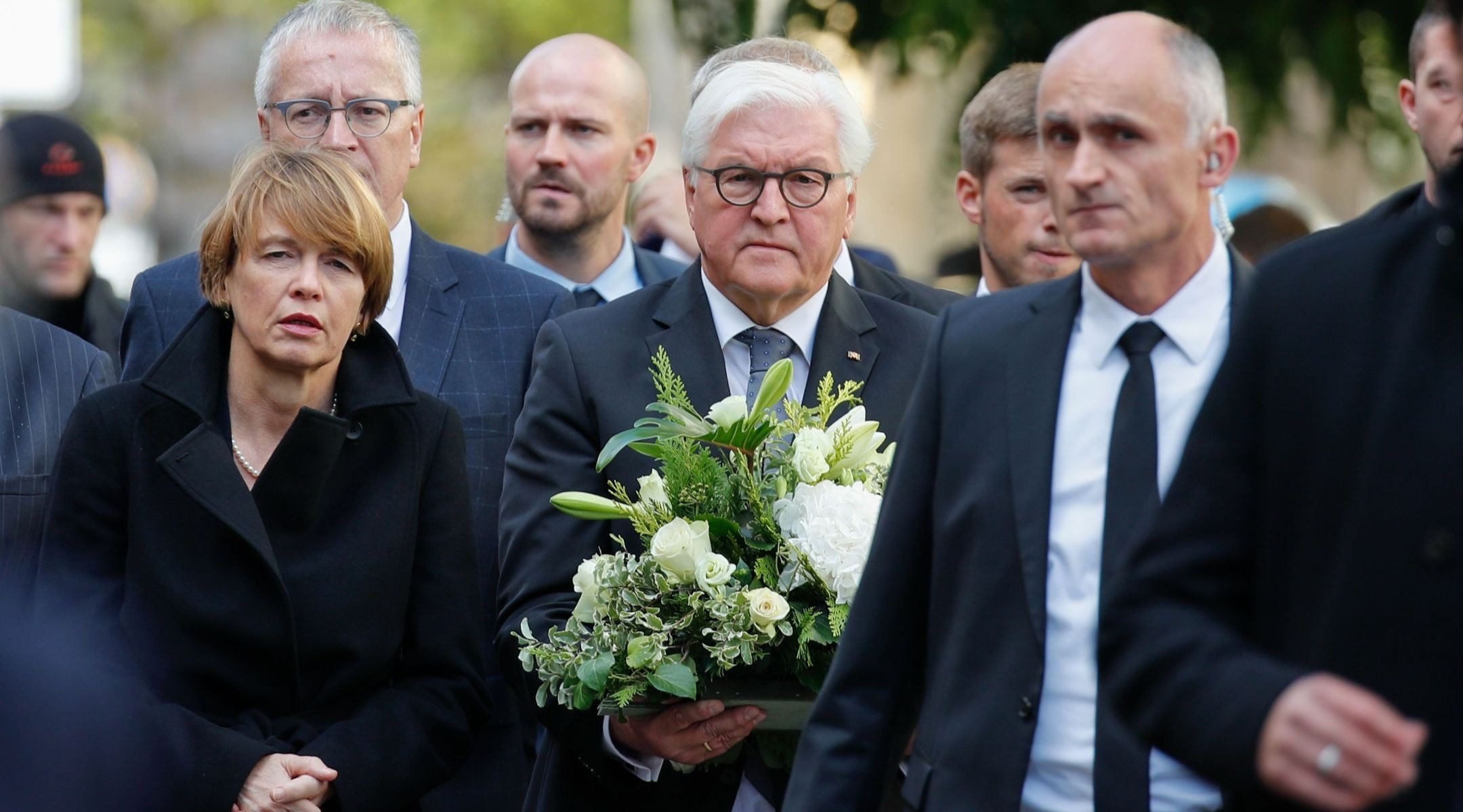 German President Frank-Walter Steinmeier carries flowers alongside his wife, Elke Buedenbender, as they arrive at the synagogue in Halle one day after a gunman shot and killed two people near a synagogue and at a kebab shop, , Oct. 10, 2019. (Axel Schmidt/AFP via Getty Images)
Advertisement

(JTA) — President Frank-Walter Steinmeier of Germany said the state “must protect Jewish life” in the aftermath of a shooting attack near a synagogue on Yom Kippur.

On Thursday, Steinmeier visited the site of a right-wing extremist’s attack that left two dead — in front of a nearby Jewish cemetery and one at a Turkish kebab restaurant. The gunman was prevented from entering the synagogue by its secure metal doors.

Steinmeier met with Jewish leaders at the synagogue in Halle, in eastern Germany.

“It must be clear that the state takes responsibility for Jewish life, for the security of Jewish life in Germany,” he told them, according to reports.

Local officials, and Israel’s ambassador to Germany, Jeremy Issacharoff, also visited the site with the president.

“The representatives of the constitutional state must use all means available against hate, violence and misanthropy. There is zero tolerance,” she said Thursday.

On Wednesday night, Merkel joined a solidarity vigil at a historic synagogue in central Berlin, where she also condemned the attack and asserted that Germany would protect the Jewish community, AFP reported.

“My aim, and that of all politicians, is to do everything to ensure you can live safely,” the chancellor said. “And this day shows that it hasn’t been enough, that we have to do more.”