GOP Sen. Cindy Hyde-Smith to Schumer: The Sabbath is on Sunday 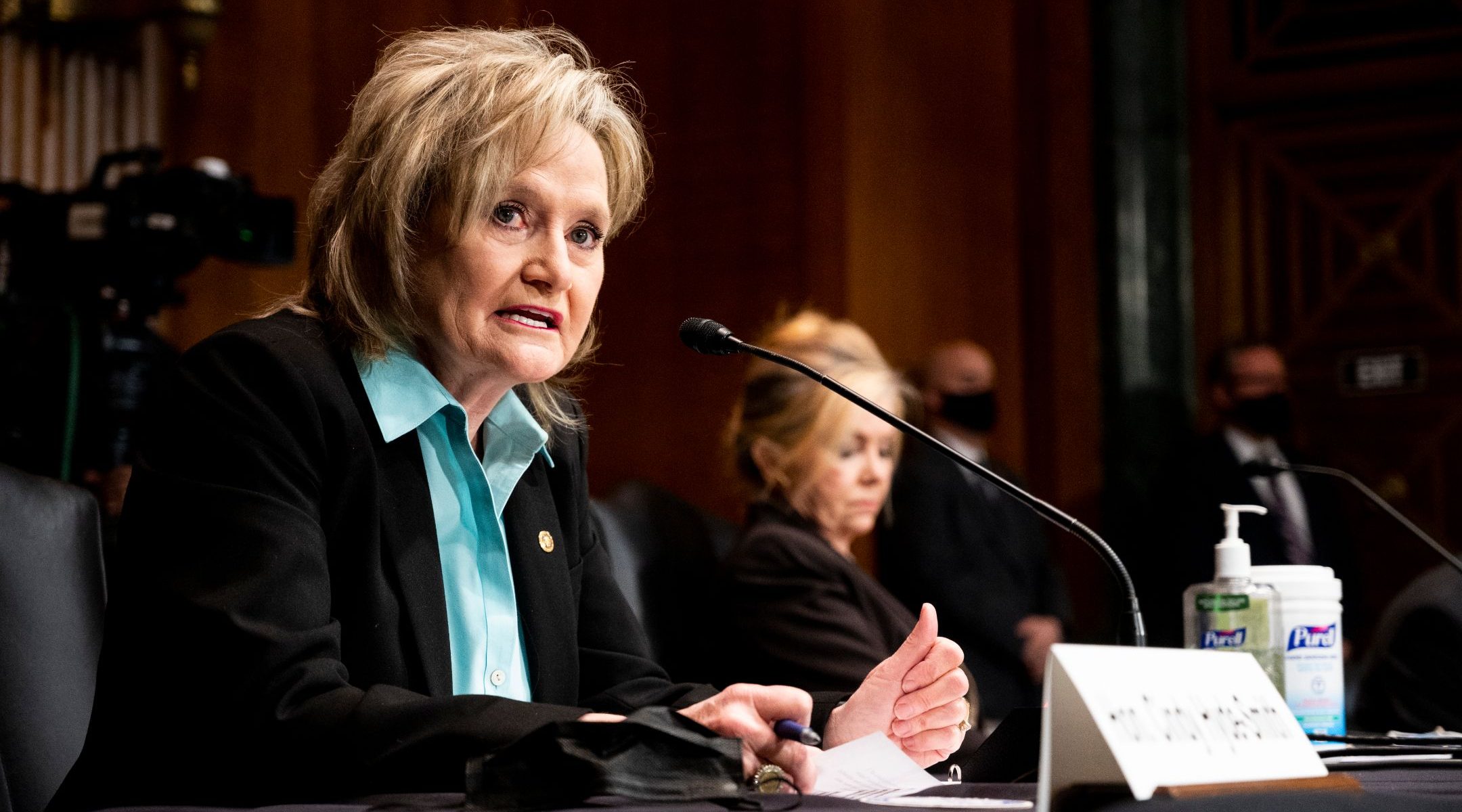 WASHINGTON (JTA) — Cindy Hyde-Smith, the Republican senator from Mississippi, has a message for Sen. Chuck Schumer: the Sabbath is on Sunday.

Hyde-Smith was speaking Wednesday as the Senate debated a slate of state-level bills that would limit voting opportunities. One bill backed by Republicans in Georgia would bar Sunday voting, a day known nationwide among Black churchgoers as “Souls to the Polls,” when parishioners head straight from church to polling stations.

Schumer, the New York Democrat who is the Senate majority leader and the highest ranking elected Jewish official in U.S. history, was among a number of Democrats who wondered why Georgia Republicans wanted to end the Sunday voting tradition.

Hyde-Smith was there to answer, directing her remarks at Schumer specifically.

“He was wondering why on Sundays Georgia would not participate in an electoral process of gathering signatures, registration and things on Sunday,” she said. “Georgia’s a southern state just like Mississippi. I cannot speak for Georgia but I can speak for Mississippi on why we would never do that on a Sunday, or hold an election on a Sunday.”

She cited mentions of God on U.S. properties and on the dollar bill and in protocols, including swearings-in of witnesses.

“In God’s word, in Exodus 20:18, it says ‘Remember the Sabbath and keep it holy,’ so that is my response to Sen. Schumer,” Hyde-Smith said.

The precise quote is “Remember the Sabbath, to keep it holy,” and Exodus is part of the Hebrew Bible, which Christians traditionally refer to as the Old Testament. The verse in question is referring not to Sunday but to Saturday, which is when Jews observe the Sabbath — beginning at sundown Friday and ending at nightfall the next day.

Georgia Republicans have not mentioned the religious status of Sunday in explaining their proposal. They argue that because some counties cannot afford to run Sunday voting operations, the practice is inequitable.

Georgia Democrats — including Jon Ossoff, who is Jewish, and Raphael Warnock, a Black pastor — say the law is aimed at depressing turnout among Black voters who were key in flipping the state to Democrats in the presidential election, and in putting Ossoff and Warnock in office in January elections.