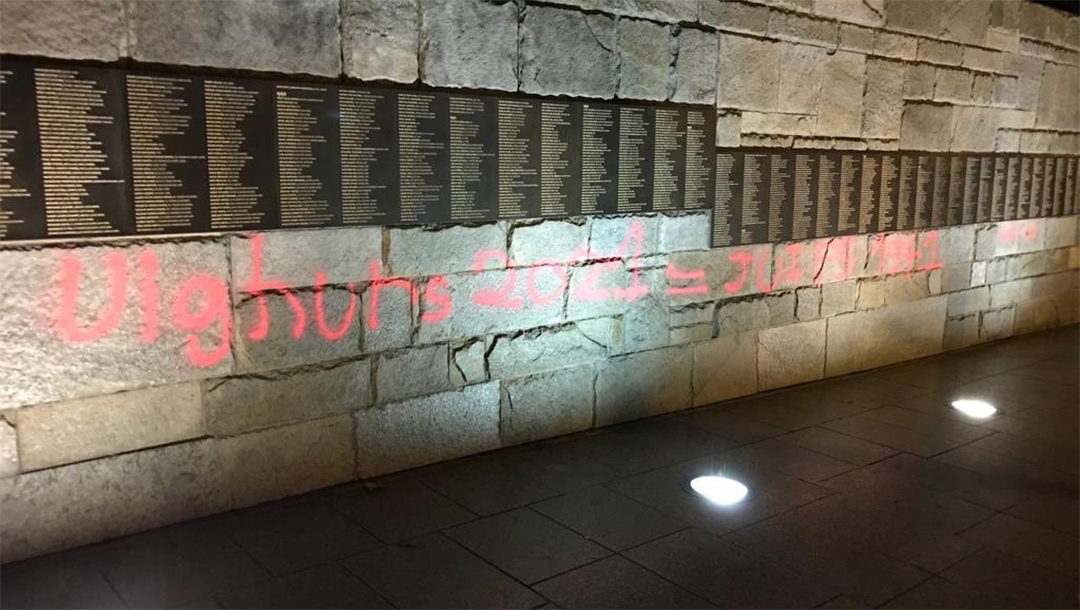 Graffiti at the Memorial de la Shoa in Paris, France on Jan. 27, 2021. (Courtesy of the Embassy of Israel in France)
Advertisement

The graffiti was discovered on Wednesday on plaques bearing the names of Holocaust victims at the Memorial de la Shoa Holocaust museum in central Paris, the Israeli embassy wrote on Twitter. Wednesday was International Holocaust Remembrance Day.

The memorial, a museum and commemoration center, is closed and gated, but the plaques are accessible.

China cracked down on its Uighur Muslim population beginning in 2017, interning as many as 1 million in a network of detention camps and imposing other restrictions. Some international critics allege that China is perpetrating a genocide, but Chinese officials have disputed this, saying they are targeting extremists.

The Israeli embassy condemned the vandalism.

“Horror and outrage over this vandalism on a day that is so symbolic. No cause can justify this ignominy,” the embassy tweeted.