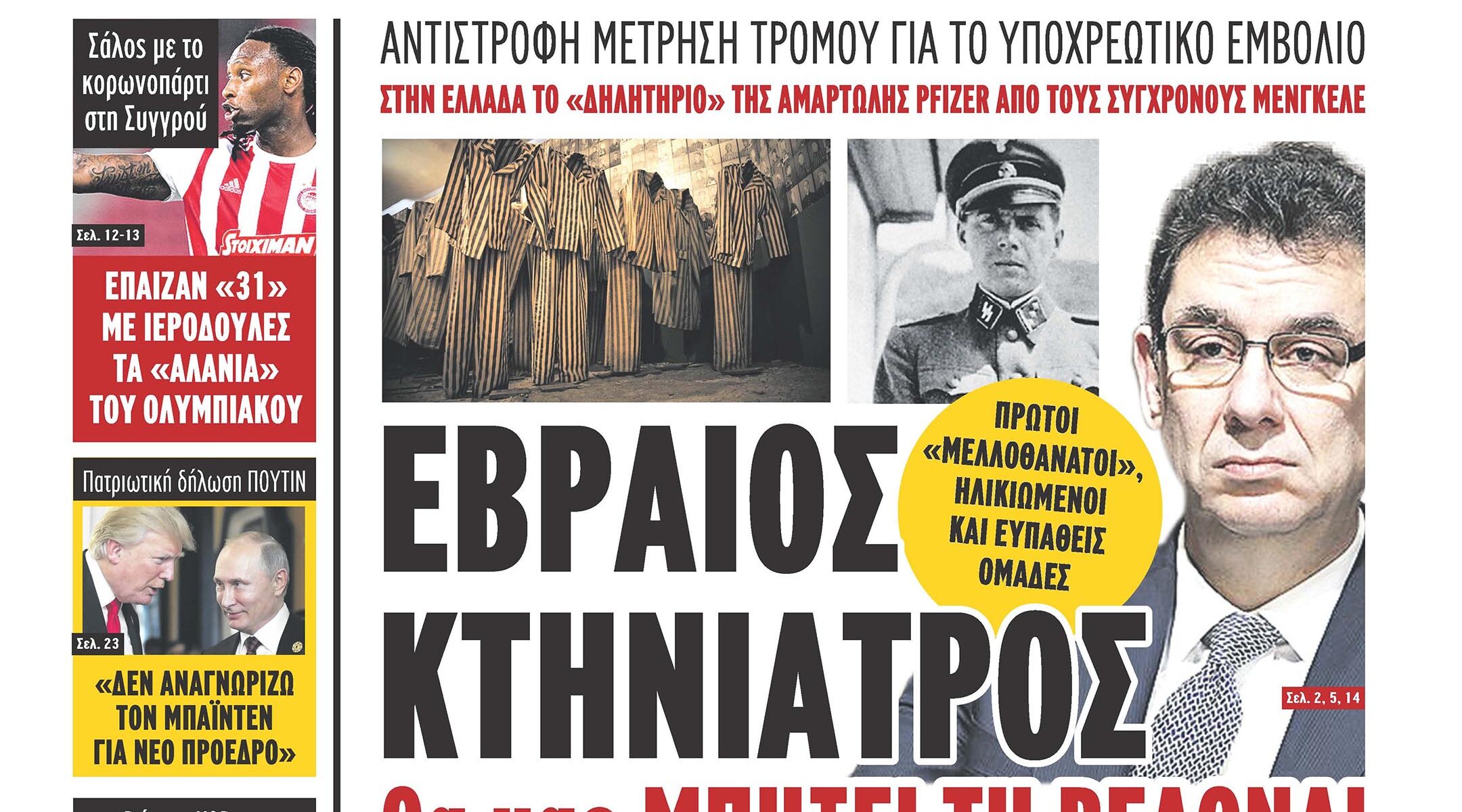 Pfizer CEO Albert Bourla, right, is juxtaposed with Josef Mengele on the front page of the Makeleio daily in Greece, Nov. 10, 2020. (Courtesy of the Central Board of Jewish Communities in Greece)
Advertisement

(JTA) — A Greek newspaper whose publisher was convicted recently of anti-Semitic defamation warned its readers that Pfizer’s Jewish CEO will “stick the needle” into them while calling the pharmaceutical company’s prospective COVID-19 vaccine “poison.”

The front-page article, with graphics including a picture of Albert Bourla and the Nazi war criminal Dr. Josef Mengele, appeared Tuesday in the daily Makeleio. Its publisher, Stefanos Chios, was fined $2,200 fine last month for an op-ed in which he called a former leader of the Athens Jewish community a “crude Jew who runs a loan-shark firm.”

Bourla, a Greek Jew from Thessaloniki, also is a veterinarian.

“A Jewish veterinarian will stick the needle! Terror countdown for the mandatory vaccine,” read the article, which also defined the vaccine as “poison.”

Mengele was infamous for experiments performed on concentration camp inmates.

On Monday, the New York-based Pfizer announced that it has developed a vaccine for the coronavirus that is 90% effective — a claim that may signify a breakthrough in the fight against the pandemic, which has killed some 1.3 million people around the world.

The Central Board of Jewish Communities in Greece condemned the paper in a statement and urged authorities to “intervene,” though it did not specify how. The statement expressed “outrage and repulsion,” saying the article “perpetuates hatred and bigotry against the Jews.”

The Greek Ministry of Education and Religious Affairs also condemned the paper in a statement, calling it “most vile anti-Semitism reminiscent of the Middle Ages.”