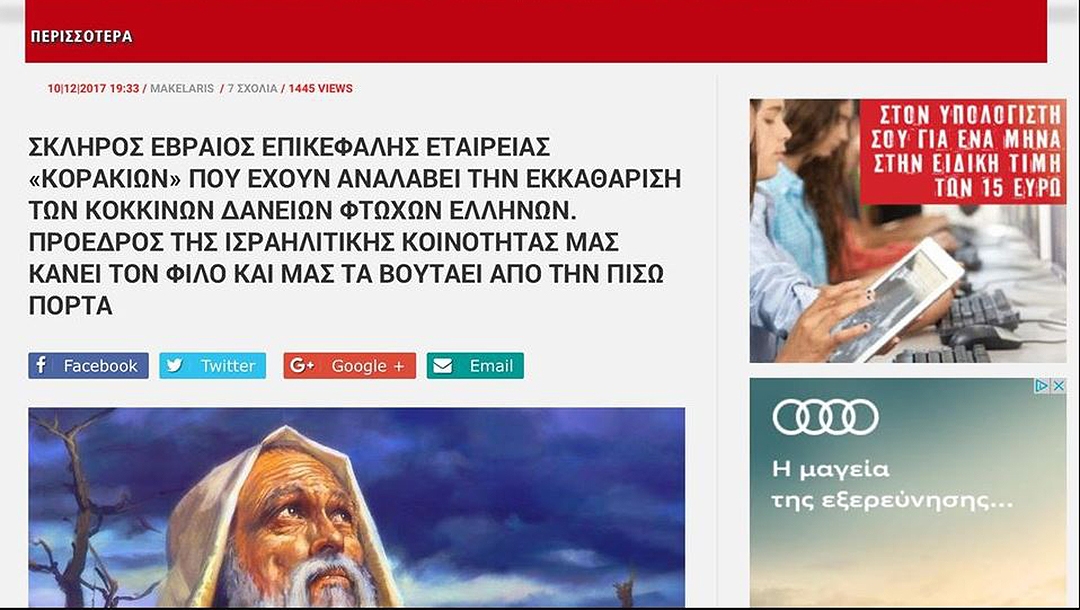 A screenshot of the online edition of the 2017 op-ed in Makeleio about Minos Moissis.
Advertisement

(JTA) — A court in Greece convicted a newspaper publisher of defamation and hate speech in connection with an op-ed that called a Jewish community leader a thief.

The Athens Court of Justice of First Instance last month imposed a $2,200 fine on Stefanos Chios, the publisher of the Makeleio newspaper, the central Board of Jewish Communities in Greece said in a statement on Tuesday.

Moissis is a co-founder of the SYNERGON Partners banking and finance firm. He filed a lawsuit against Chios three years ago.

In addition to defaming Moissis personally, the paper “contributed deliberately to the reproduction of a rhetoric of hate against the Greek Jewry,” the court said.