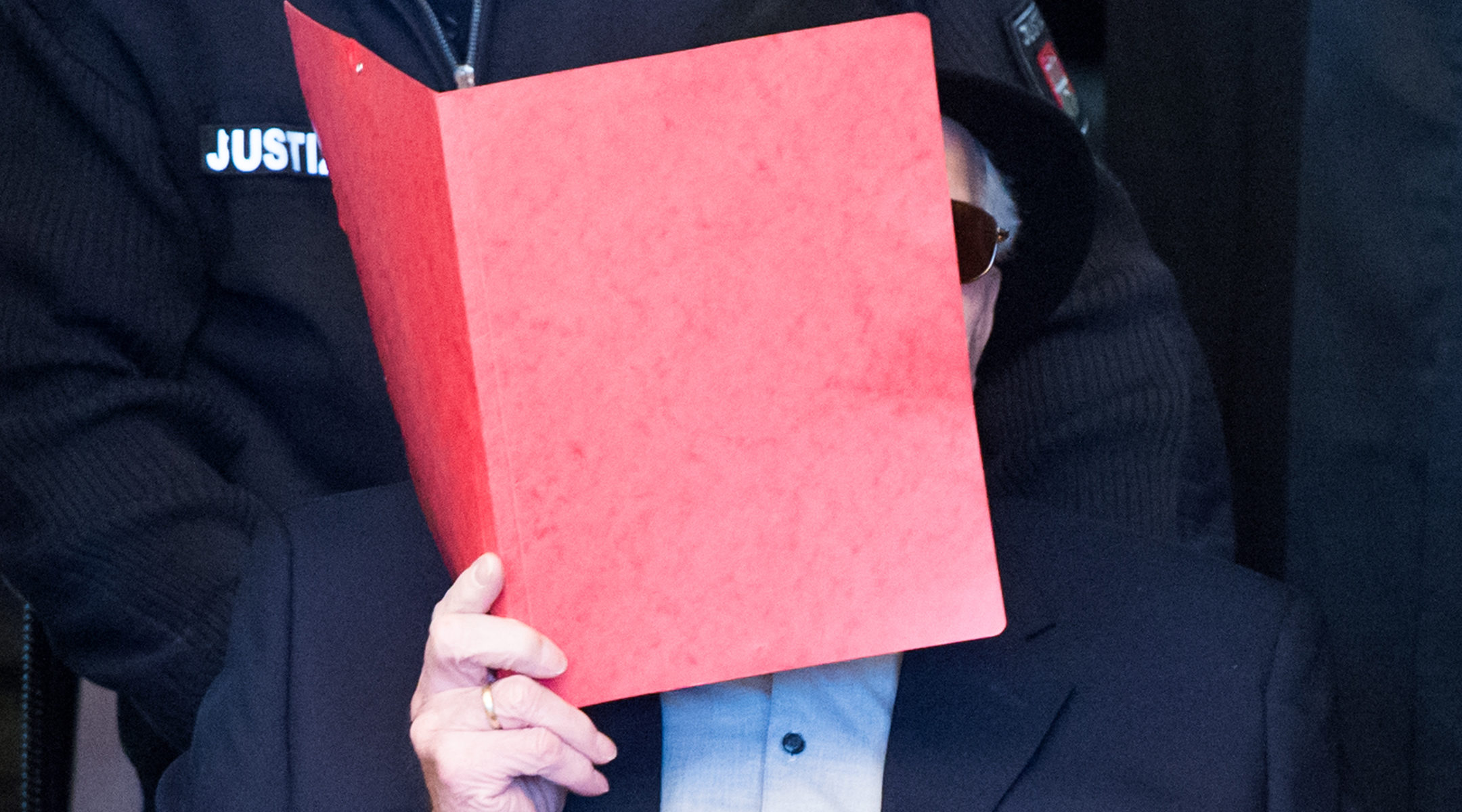 Bruno Dey, who is accused of being accessory to murder at a Nazi concentration camp, covering his face as he arrives in a courtroom in Hamburg, Germany on October 17, 2019.(Daniel Bockwoldt / POOL / AFP via Getty Images)
Advertisement

(JTA) — A former Nazi guard went on trial in Germany over the deaths thousands of prisoners at a World War II concentration camp in Poland.

Bruno Dey, 93, was accused at the opening of his trial Thursday in Hamburg of being an accessory to the murders of 5,230 people during the final months of the war in the Stutthof camp near what is now the city of Gdansk in northern Poland.

Dey, who was part of a force manning the camp’s watchtowers, was 17 and 18 at the time of the alleged offences, so he is being tried in a youth court, Sky News reported.

He has already admitted he worked at the camp between August 1944 and April 1945 and could be jailed for anywhere between six months and 10 years if convicted.

His lawyer Stefan Waterkamp told the court in Hamburg that Dey “felt sorry” for his prisoners but was “unable to free them.”

As a security guard he was “a small wheel in the machinery of murder” and supported “the insidious and cruel killing of Jewish prisoners in particular”, prosecutors say.

They accuse him of being an accessory to murder by preventing inmates escaping from the camp, which was one of the last to be liberated in 1945.

The nonagenarian, whom experts have deemed fit to stand trial, arrived in the courtroom in Hamburg in a wheelchair wearing a wide-brimmed hat and hiding his face with a red folder.