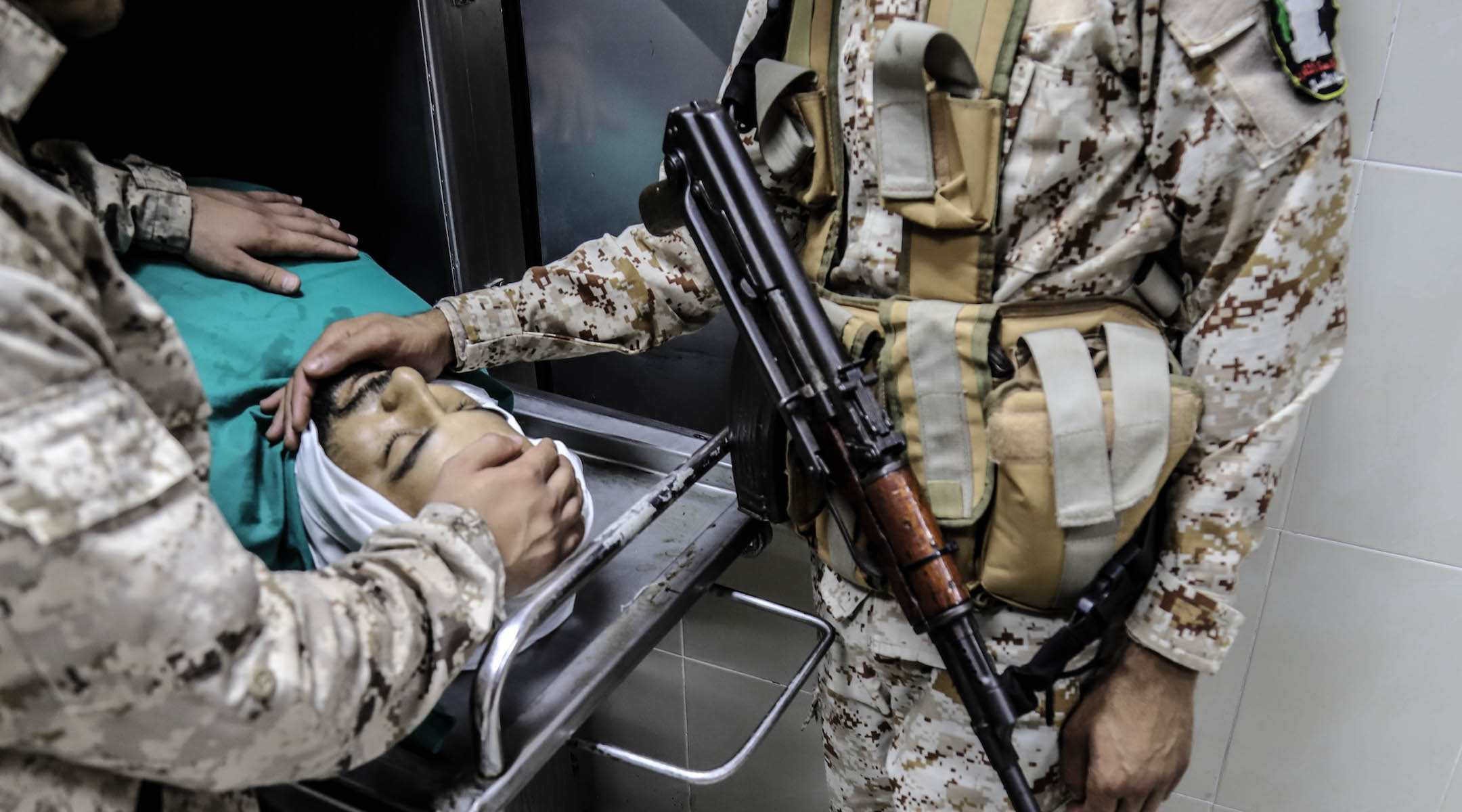 JERUSALEM (JTA) — The Israeli military acknowledged that it killed a Hamas member at the border with Gaza by mistake on Thursday.

Israeli soldiers killed Mahmoud al-Adham, 28, a member of the Hamas security forces, while shooting at a group of Palestinian men approaching the border fence that morning. The Israeli Defense Forces admitted later that al-Adham was trying to prevent Palestinian youths from breaking through the fence rather than joining them.

“We will not allow this shooting to go without a response, and Israel will pay for its actions,” Hamas threatened in a statement, Ynet reported.

The admission of the error is unusual and is likely an effort to prevent more violence.

The Israeli military confirmed to Haaretz that its soldiers fired on armed Palestinians who were at the border in northern Gaza in order to drive them away, but at first said it was not aware of anyone hit or killed. Gaza’s Health Ministry confirmed al-Adham’s death.

The border incident comes during a time of relative calm on the border following a couple weeks in which over 100 fires were sparked by incendiary balloons launched by protesters from Gaza into Israel.