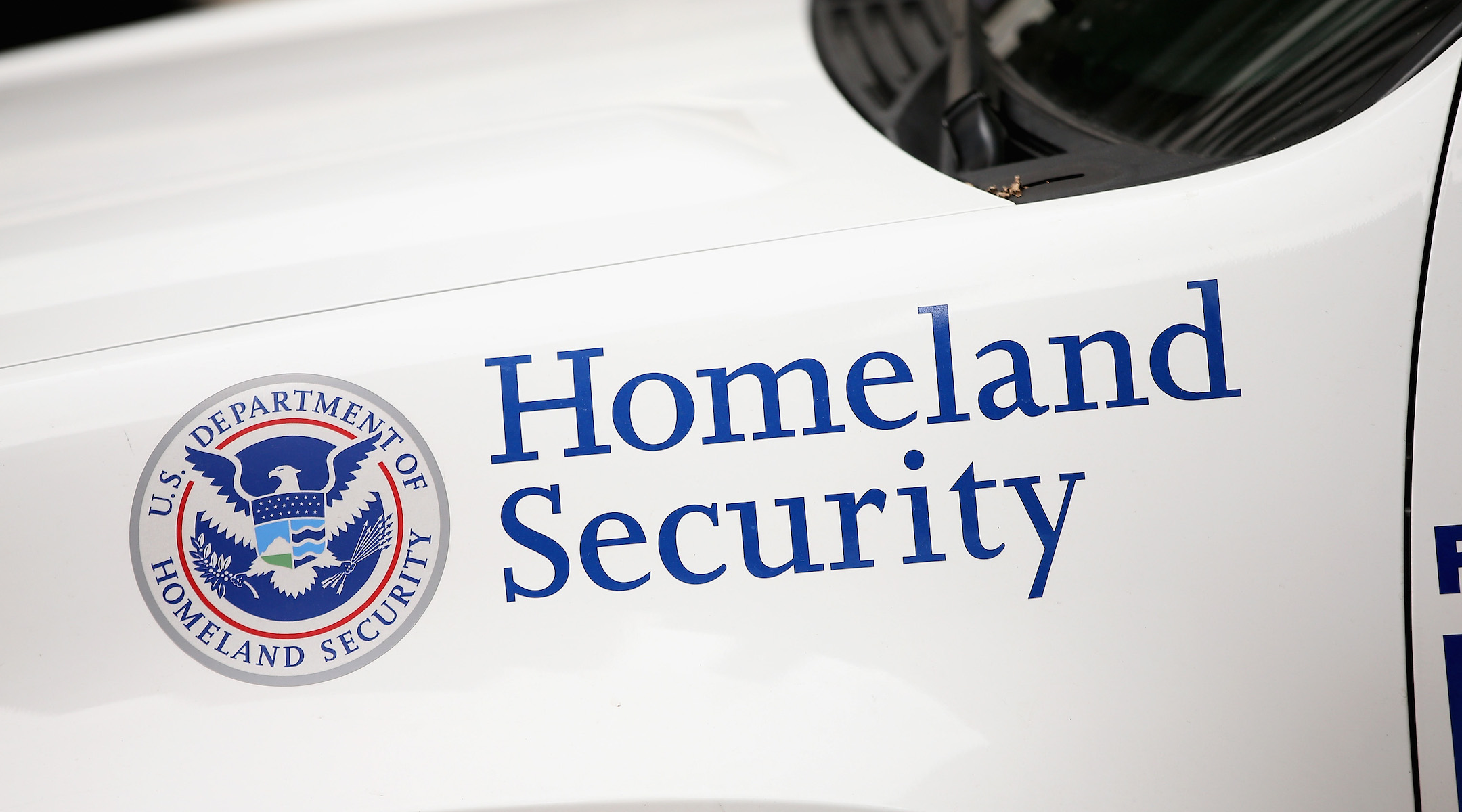 (JTA) — A hand-drawn swastika was found inside the Washington D.C. headquarters of the Department of Homeland Security.

The Nazi symbol was discovered on the building’s third floor on Friday. CNN first reported the incident.

Staff members were informed of the incident in an email from Brian Murphy, principal deputy undersecretary for the Office of Intelligence and Analysis, that was sent just after 5 p.m., according to CNN.

“This display of hate and cowardice does not represent the dedicated hardworking men and women of the Department of Homeland Security,” Andrew Meehan, acting assistant secretary for Public Affairs for the U.S. Department of Homeland Security said in a statement to CNN. “It has no place in an organization that works tirelessly to protect the American people and combat hate in all its forms.”

Meehan also said that the situation was “immediately referred” to the Office of the Inspector General and “is currently being investigating to ensure that swift and corrective action is taken.”