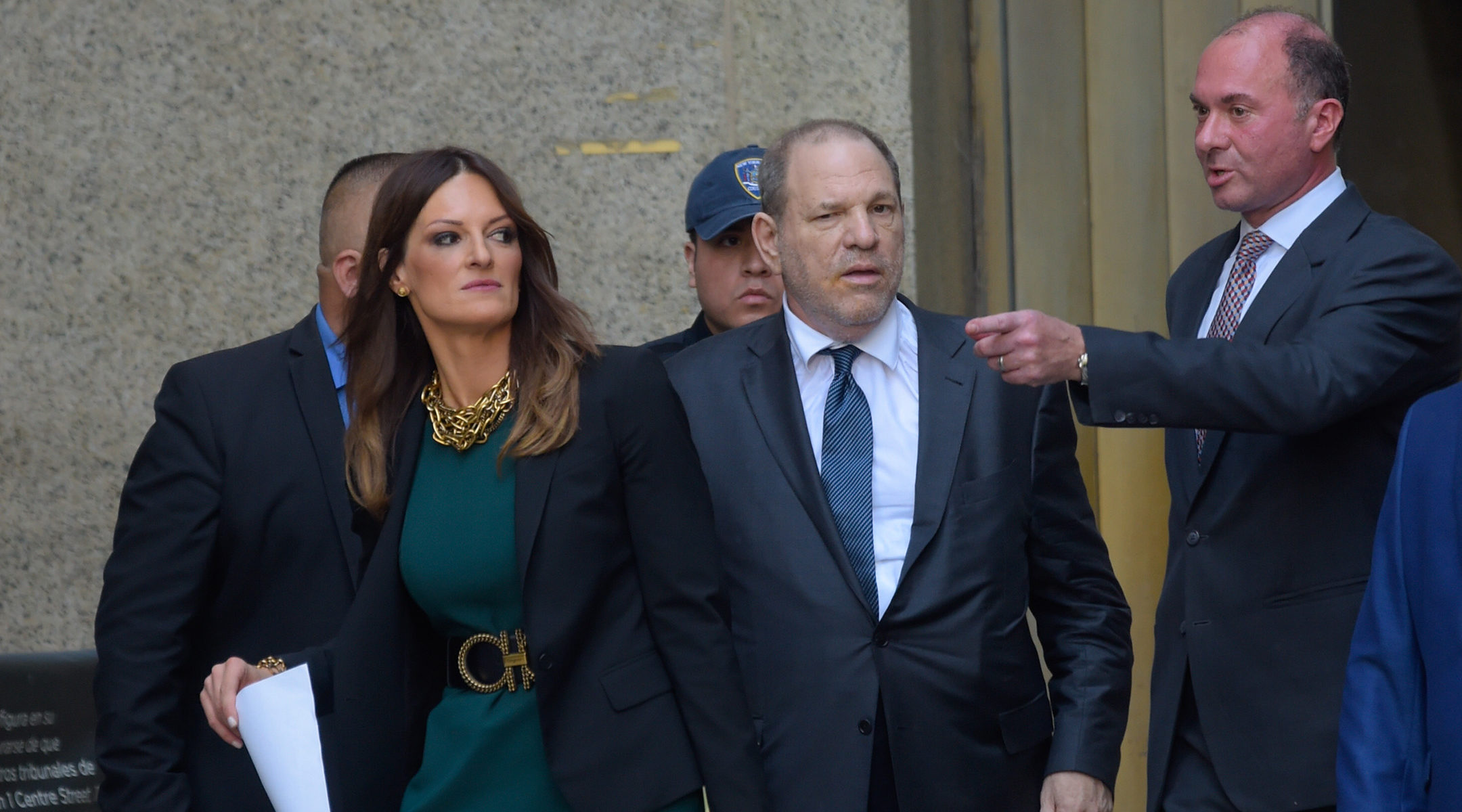 (JTA) — Disgraced film producer Harvey Weinstein arrived at a New York court for the start of his trial on charges of rape and sexual assault.

Weinstein used a walker due to recent back surgery as he entered the courthouse on Monday morning, according to reports.

Jury selection is scheduled to begin this week in the case. Weinstein has been accused of sexual wrongdoing by multiple women, but the trial centers on just two charges, that Weinstein raped a woman in a hotel room in New York in 2013 and forced another woman to allow him to perform oral sex on her in 2006.

Weinstein has pleaded not guilty and said that any sexual activity was consensual.

In a CNN interview conducted by email, Weinstein said that he has been in rehab since October 2017, including a 12-step program and meditation, and has “learned to give up my need for control.” He also told CNN that the media has sensationalized the allegations against him, causing the “public’s biggest misconceptions.”

He also wrote that he thinks he can “build back to” a career in the film industry. The movie studio that he cofounded with his brother Bob in 2005, The Weinstein Company, has closed and filed for bankruptcy.

CNN asked him if he felt empathy for his accusers. Weinstein responded: “While I do have many empathetic opinions regarding many people, I am following the advice of my lawyers on the eve of my trial to not offer any commentary on this.”

Dozens of women have accused Weinstein of sexual misconduct that took place over decades, including actresses such as Rosanna Arquette, Ashley Judd, Rose McGowan and Gwyneth Paltrow.