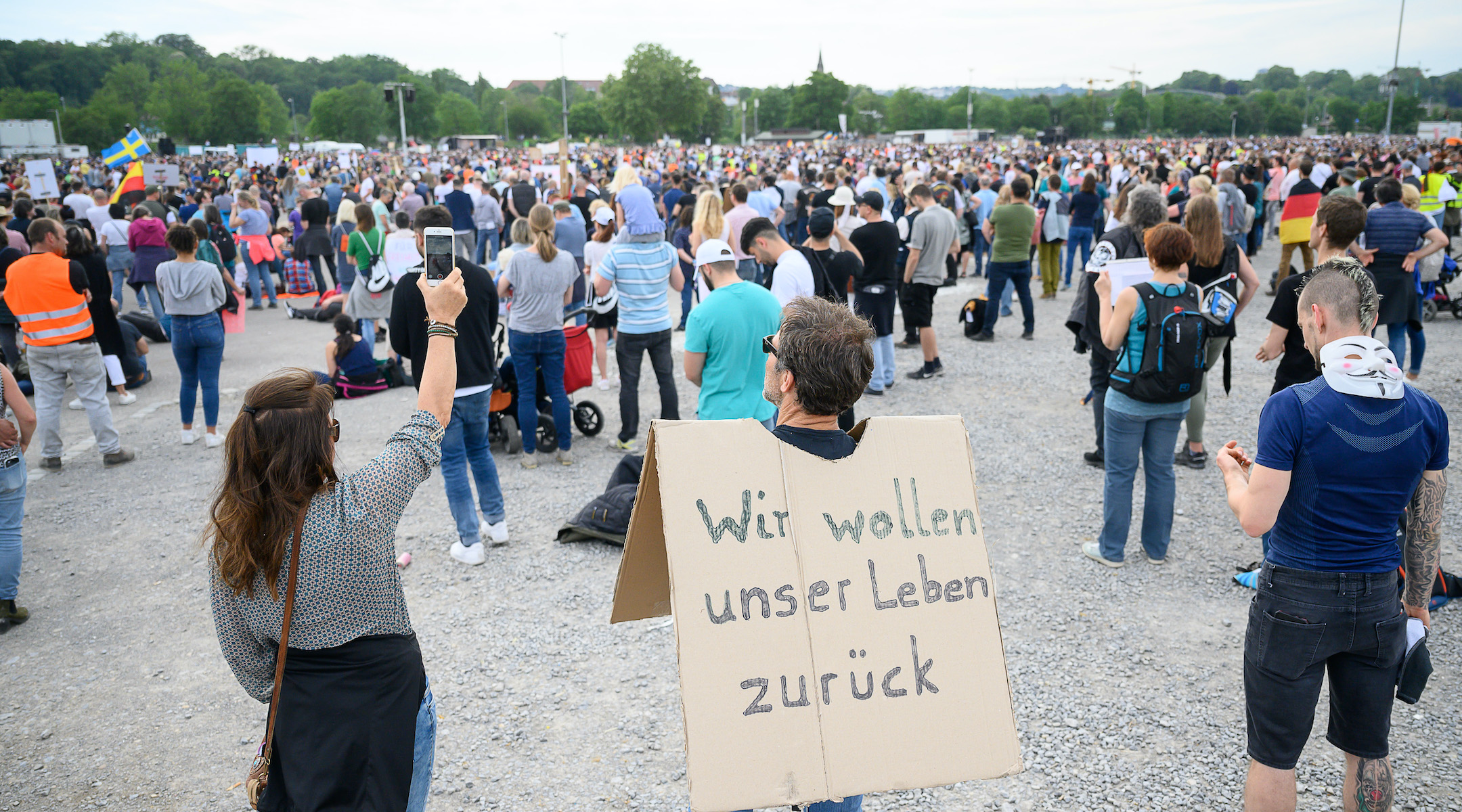 A protester carries a sign with the inscription "We want our life back" during a demonstration in Stuttgart, Germany, against restrictions on social activity due to the coronavirus pandemic, May 9, 2020. (Sebastian Gollnow/picture alliance via Getty Images)
Advertisement

(JTA) — A Jewish group in Germany is urging local government and media to help prevent the spread of conspiracy theories blaming Jews for the coronavirus pandemic.

Many of the conspiracy theories have formed in protest of the German government’s lockdown measures meant to contain the spread of the virus. According to some of the theories, “peoples of the earth are to be subjected to an allegedly authoritarian, supranational (primarily Jewish) world government, whose goal it is to subjugate humanity,” the Berlin-based NGO Values Initiative – Jewish German Positions released a statement Monday.

Right-wing protesters are using anxieties stirred up by the pandemic to spread anti-Semitic conspiracy theories and other far-right preachings on the internet, Josef Schuster, head of the Central Council of Jews in Germany, told reporters Monday.

But in recent so-called “Hygiene Demonstrations,” in which thousands of people in several German cities have protested virus-related restrictions, some are comparing the lockdown to the Holocaust.

In Berlin, a demonstrator was photographed wearing an armband with a yellow star bearing the German word “Jude” – Jew – insinuating that lockdown measures imposed for public health were akin to the Nazi-era persecution of Jews.

In their statement, the non-partisan Values Initiative proposed creating a resource to help citizens stay informed about public health facts.

“The graphics published to date by the Federal Government are a first test step in the right direction,” the statement said. Germany’s Federal Health Ministry website offers an extensive section on coronavirus facts in both German and English.