He’s back: Bernie Sanders addresses rally of 20,000 in Queens 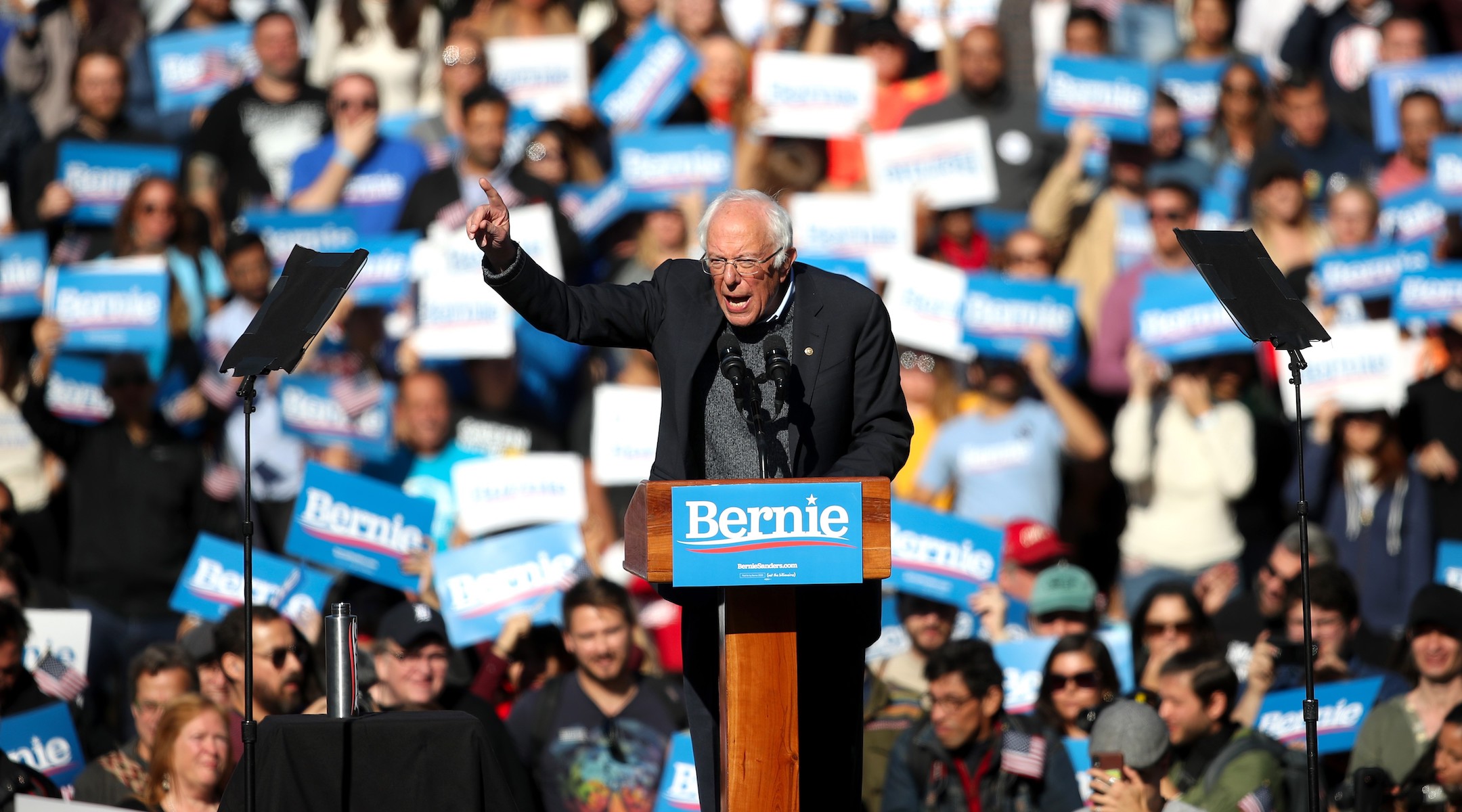 (JTA) — Democratic presidential candidate Bernie Sanders made it clear at a rally in New York City: “I am back.”

Sanders addressed an estimated 20,000 supporters at a park in Queens on Saturday (the Sanders campaign put attendance at 25,000). It was the Vermont senator’s first campaign event since he had a heart attack earlier this month.

Sanders pledged after his release from the hospital and again during last week’s presidential debate to move forward with a “vigorous” campaign for the 2020 Democratic presidential nomination.

The 78-year-old was introduced by New York Democratic Rep. Alexandria Ocasio-Cortez, who said that Sanders was an inspiration for her decision to throw her hat into the political ring.

We're not only going to win.

We're going to transform the country.

Thank you to the more than 25,000 people in Queens who made this an incredible day. #BerniesBack pic.twitter.com/4mWRoPeZcd