Historic Jewish cemetery in Poland vandalized a month after rededication 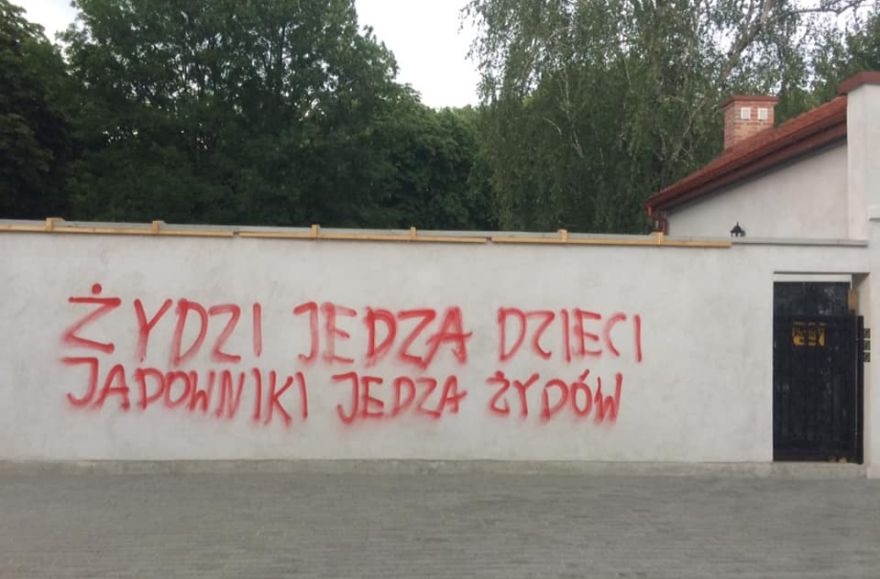 WARSAW, Poland (JTA) — A Jewish cemetery in southern Poland was vandalized a month after it was rededicated following 2 1/2 years of renovations.

“Jews eat children. Jadowniki eat Jews,” was painted on the fence of the cemetery in Tarnow. Jadowniki is a village near Tarnow, and the vandalism may have been referring to World War II-era incidents involving Jews there.

A group of Tarnow residents said Monday that they would paint over the vandalized fence.

Natalia Gancarz of the Committee for the Protection of Monuments of Jewish Culture in Tarnow said the vandalism was a “result of anti-Semitism and deep depravity.”

Established in 1581, the cemetery in 1976 was added to the registry of protected monuments.

Upon the cemetery’s reopening in June, Poland’s chief rabbi, Michael Schudrich, praised the cooperation of Tarnow Jews living around the world with local activists.

“This is a sign of how the impossible becomes possible when there is cooperation,” he said.

The renovation cost $800,000 and was paid for by a subsidy from the European Union. It included repairs to the wall and about 100 gravestones, as well as the building of a driveway for the disabled and the installation of lighting. An exhibition about the history of Tarnow Jews was mounted in the pre-burial building.

The Jadowniki incidents involved a Jewish farmer and a land grab, as well righteous gentiles who hid four Jews and were threatened with death.