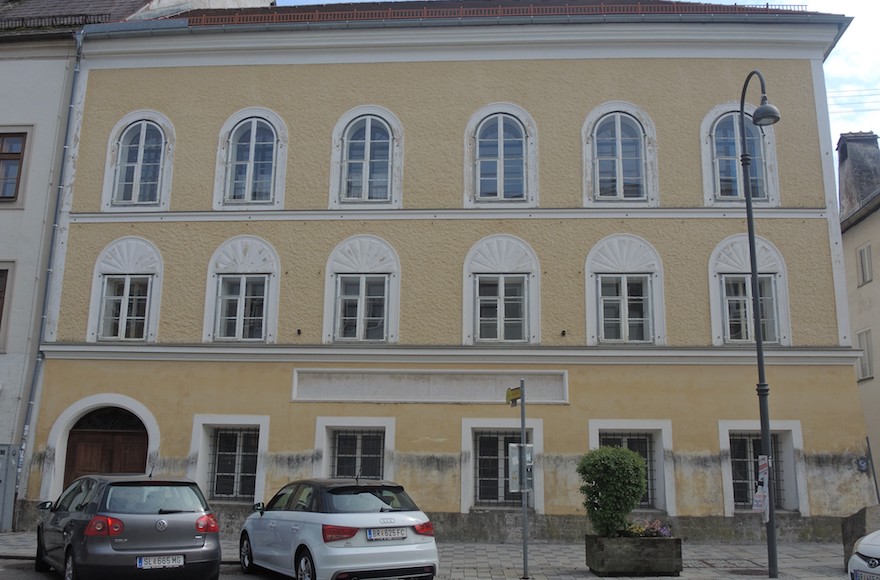 (JTA) — Austria will turn the house where Nazi leader Adolf Hitler was born into a police precinct.

The announcement ends years of wrangling over the home located in the German border town of Braunau.

The town, and later the federal government, spent years trying to purchase the home in an attempt to prevent it from becoming a shrine for neo-Nazis.

“The future use of the house by the police should send an unmistakable signal that this building will forever be removed from the commemoration of national socialism,” Austrian Interior Minister Wolfgang Peschorn said Tuesday, the Associated Press reported.

The building at 15 Salzburger Vorstadt Street is listed as a historical landmark, though Hitler’s name does not appear on it. Razing the building would negate the country’s Nazi past, an expert commission has said.

The government seized the building in 2017 from its owner, Gerlinde Pommer, whose family had owned the house for more than a century.

The interior ministry had rented the home for decades and sublet it to charitable organizations, but it has stood empty since 2001 after the owner refused to authorize needed renovations.

Hitler was born on April 20, 1889, and the anniversary of his birth continues to draw visitors to the house.