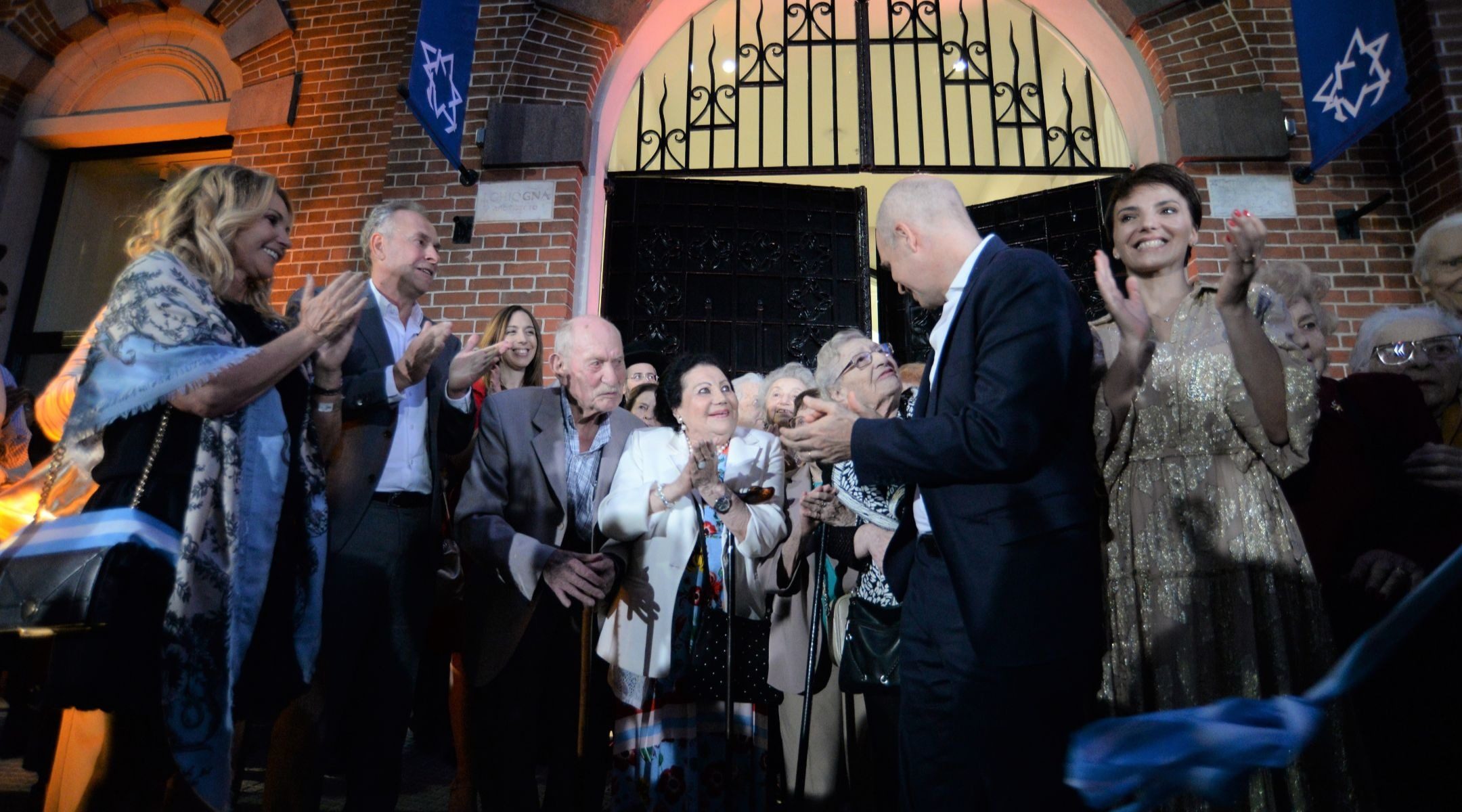 BUENOS AIRES, Argentina (JTA) — The Holocaust Museum of Buenos Aires was rededicated after a two-year, $4.5 million renovation and expansion.

The project updates, modernizes and adds new spaces to the institution in the city center.  of Buenos Aires. The addition of nearly 1,000 square meters, or nearly 11,000 square feet, brings the museum to nearly 4000 square meters, half of which will host a permanent exhibition for the first time.

Among the new exhibitions are an interactive video interview tool to talk with a Holocaust survivor and documents from Nazi war criminal Adolf Eichmann’s life in Argentina.

The inauguration ceremony was held Sunday.

“I am excited to be with you this afternoon because I breathe that memory,” Israel’s Ashkenazi chief rabbi, David Lau said at the inauguration ceremony on Sunday. He is a son of Polish-born Holocaust survivor Rabbi Meir Lau, a former chief rabbi and chairman of the Yad Vashem Holocaust memorial.

President Mauricio Macri visited the museum on Sunday prior to the ceremony and recorded a video message for the guests.

Newly reelected Buenos Aires Mayor Rodriguez Larreta said the city government helped sponsor renovations because the museum “is part of the value that we are proud of, the memory, the education on pluralism. The students of public and private schools of Buenos Aires will visit the modern new exhibition to learn from this history.”