Holocaust survivor and her rabbi son punched on London bus 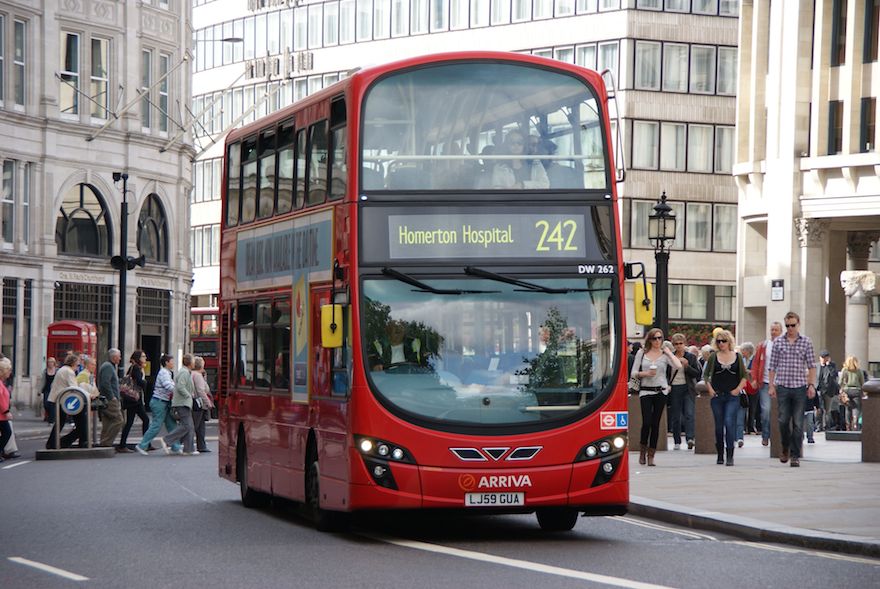 (JTA) — A woman on a London bus punched an 80-year-old Holocaust survivor and her son, a rabbi.

The Feb. 9 incident was reported Friday by the Jewish News of London Friday based on accounts by the Shomrim community protection team and the Campaign Against Antisemitism watchdog group.

Witnesses said the woman told the alleged victims, “I hate you Jews. It’s not your place. You took our money” before striking them when the bus was traveling in the early afternoon through a residential area to the heavily Jewish neighborhood of Stamford Hill.

The alleged assailant “threw the rabbi’s hat to the floor during the assault,” according to accounts that have reached the Campaign Against Antisemitism, the group said in a statement. Passengers intervened and asked the driver to take the assailant to a police station but the driver declined, the watchdog also said.

“Transport for London must explain why the bus driver took no action, allowing the abuse to go on despite the violence and the protests of other passengers, and the assailant must quickly be identified and prosecuted to the full extent of the law,” the group wrote.

The suspect is not in custody. The Jewish News report did not say when she got off the bus.

On Thursday, the Community Security Trust, British Jewry’s main security group, said in its annual report for 2020 that COVID-19 lockdown resulted in a decrease of merely 8% in the number of anti-Semitic incidents over 2019.