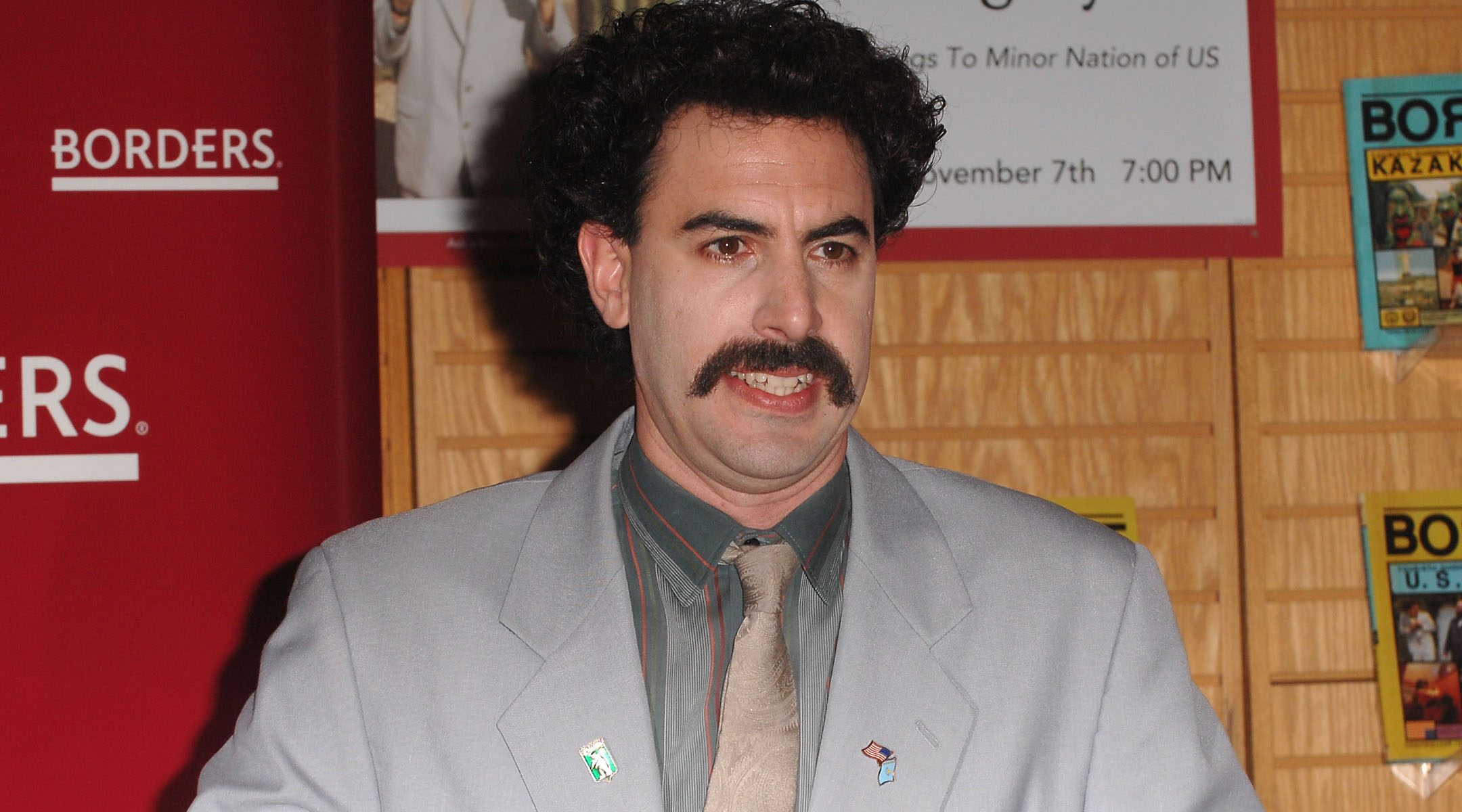 (JTA) — The daughter of a late Holocaust survivor is suing to have her mother’s appearance in Sacha Baron Cohen’s upcoming “Borat” sequel removed from the film, stating that the comedy mocks “the Holocaust and Jewish culture.”

Cohen, who is Jewish, interviewed Judith Dim Evans earlier this year “under false pretenses with the intent of appropriating her likeness,” reads the lawsuit, which was filed this week with the Superior Court of Fulton County, Georgia, the Atlanta Journal-Constitution reported.

Cohen approached Evans for an interview in what he called a documentary earlier this year, the lawsuit states. Her daughter said that Evans, who passed away this summer, was “horrified and upset” upon learning that the film was a satirical comedy.

The attorney representing Evans’ estate declined to tell the Journal-Constitution if Evans had signed a waiver before participating in the interview.

In the original “Borat” film, which premiered in 2006, Cohen tricked several people into participating in a similar fake documentary to mock them. The film also satirizes the anti-Semitism present in the Borat character’s home country of Kazakhstan.

Sources told Deadline that Evans was included to mock Holocaust deniers, not herself, and she was “clued in on the gag” right after it was shot.

The sequel, full title “Borat Subsequent Moviefilm: Delivery of Prodigious Bribe to American Regime for Make Benefit Once Glorious Nation of Kazakhstan,” premieres on Amazon Prime on Oct. 23. Amazon has yet to comment on the Evans lawsuit.