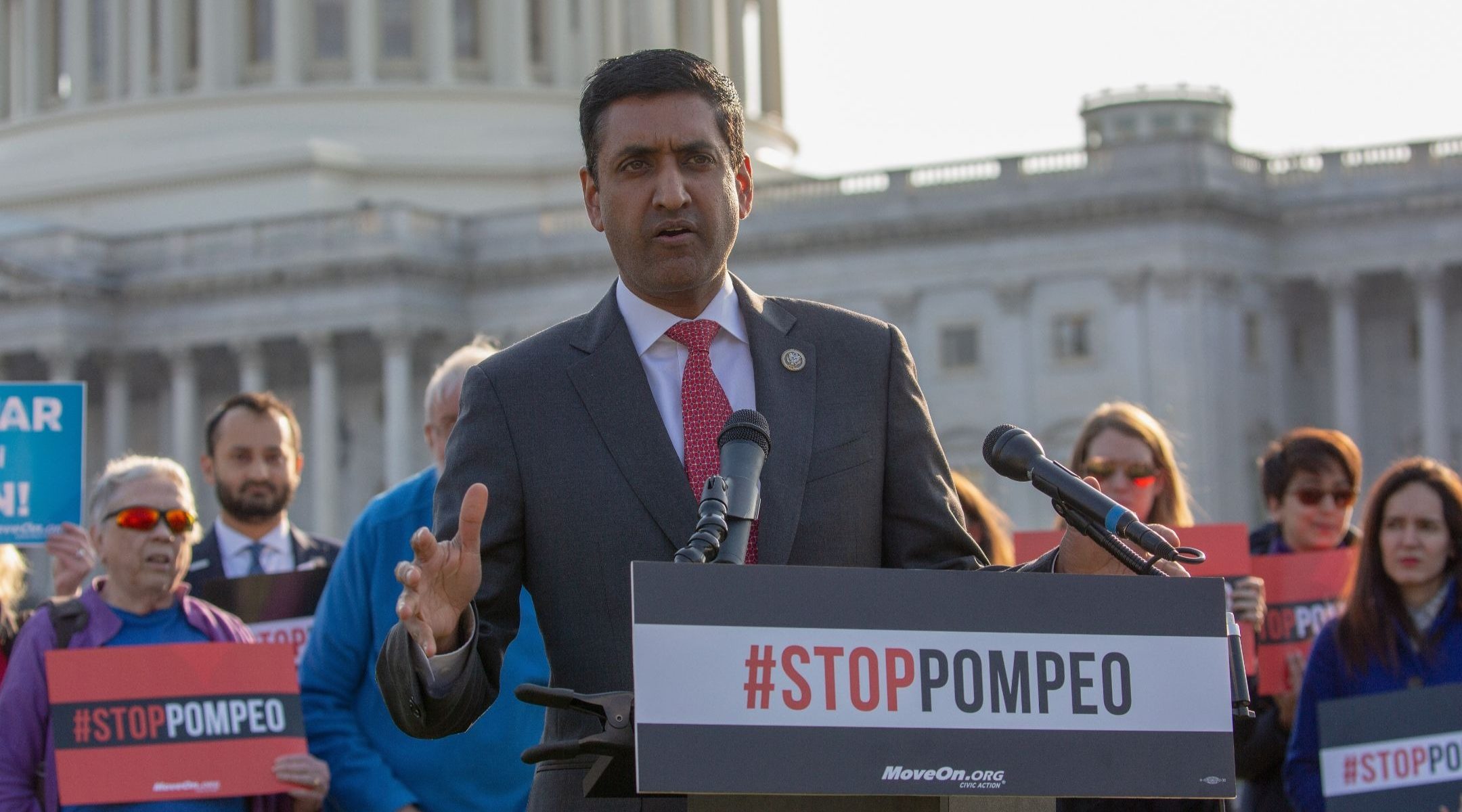 Rep Ro Khanna (D-CA) speaks at a rally with MoveOn members and allies gather with leading senators to demand that the Senate vote to reject Mike Pompeo's nomination for Secretary of State at US Capitol in Washington, DC on April 11, 2018. (Tasos Katopodis/Getty Images for MoveOn.org)
Advertisement

WASHINGTON (JTA) — More than 60 Democrats in the U.S. House of Representatives want the Trump administration to press Israel not to use American military equipment to demolish Palestinian homes.

In a letter sent Monday to Secretary of State Mike Pompeo — spearheaded by Reps. Ro Khanna, D-Calif., Anna Eshoo, D-Calif. and Steve Cohen, D-Tenn. — the House members note recent demolitions in eastern Jerusalem and U.N. reports last year of a 45 percent increase in Israeli home demolitions. They also asked for an examination of Israeli compliance with the U.S. Arms Export Control Act, which restricts recipients of U.S. military equipment to using it for “legitimate self-defense.”

“My hope is that Israel will stop the home demolitions and will see that there are many supporters of the U.S.-Israel relationship on this letter,” Khanna told the Jewish Telegraphic Agency in an interview.