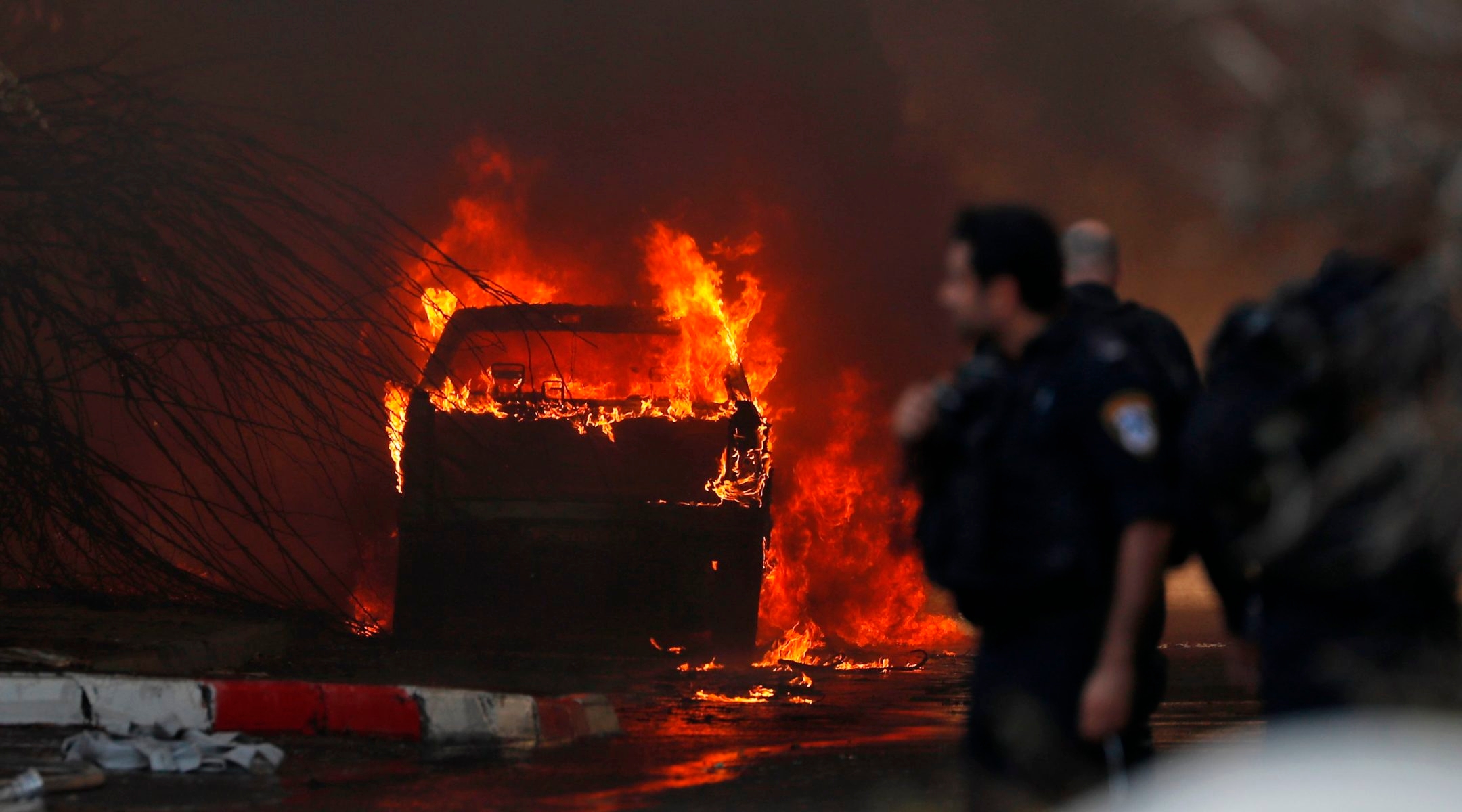 A vehicle parked in front of a factory that was hit with rockets fired from the Gaza Strip catches fire in the southern Israeli town of Sderot, Nov. 12, 2019. (Ahmad Gharabli/ AFP via Getty Images)
Advertisement

(JTA) — Two Jewish congressmen have introduced a bipartisan resolution in the U.S. House of Representatives that condemns recent terrorist rocket attacks on Israel and supports Israel’s right to defend itself.

Reps. Josh Gottheimer, D-N.J., and Rep. Lee Zeldin, R-N.Y., the ranking member of the House Foreign Affairs Subcommittee on Oversight and Investigations and co-chair of the House Republican Israel Caucus, respectively, sponsored the resolution. It has at least 22 co-sponsors, both Democrats and Republicans.

Some 450 rockets were fired on southern and central Israel from Nov. 12 to 14, forcing Israeli civilians into bomb shelters. The rockets were fired in response to the targeted killing of senior Palestinian Islamic Jihad leader, Baha Abu al-Ata, who was responsible for past rocket attacks on Israel and was said to be planning imminent attacks.

Israel responded to the rocket attacks with airstrikes on Islamic Jihad terrorist infrastructure in Gaza.

“Israel is surrounded by terrorist organizations that deny its very right to exist and have pledged to wipe Israel off the map,” Zeldin said in a statement. “The constant barrage of rockets has left Israel no choice but to protect itself. Like every other sovereign nation, Israel has an inherent right of self-defense and will without hesitation act to protect innocent Israeli citizens who live near the border.”

The statement added that the United States “must stand shoulder to shoulder with our greatest ally Israel.”