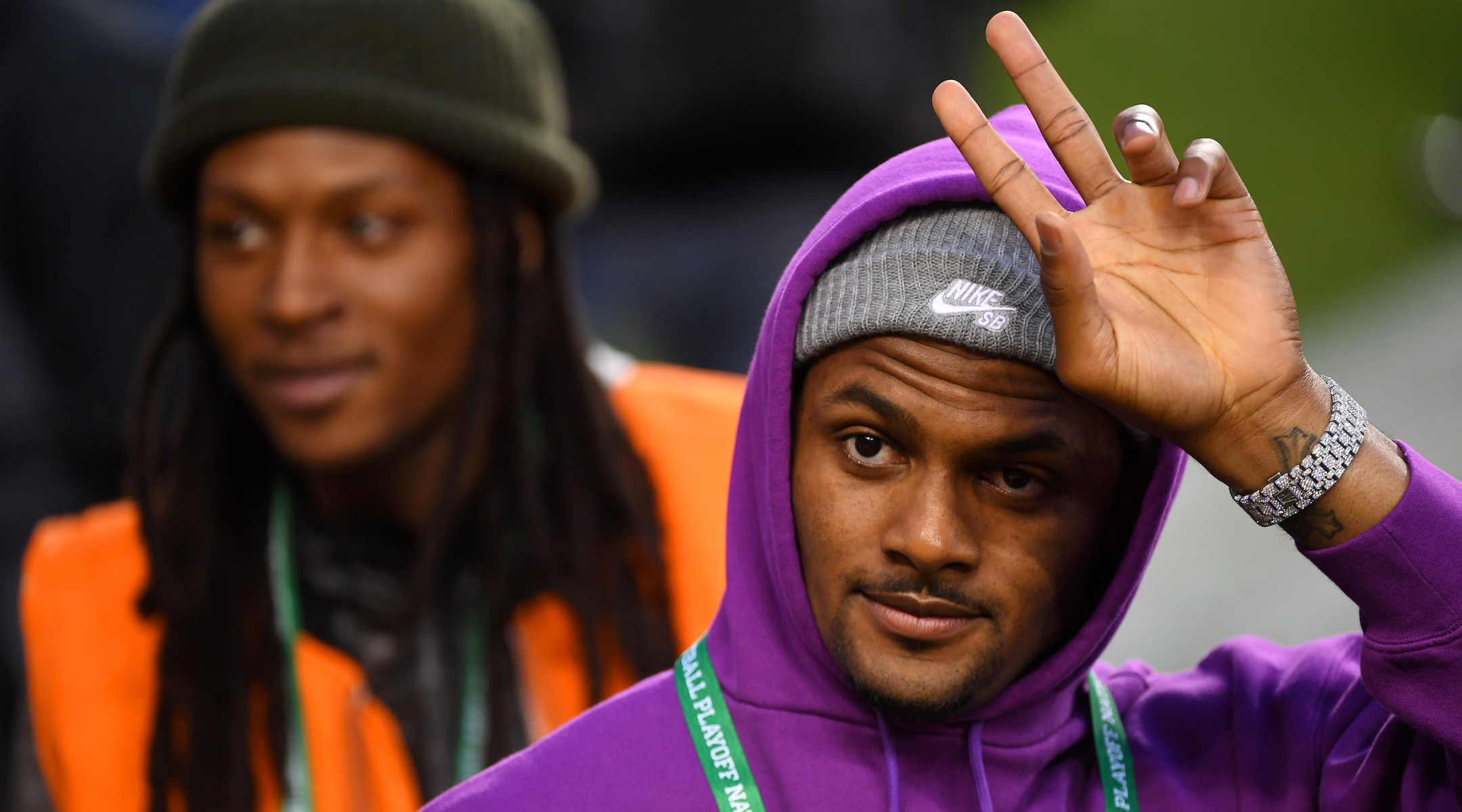 JERUSALEM (JTA) — Houston Texans quarterback Deshaun Watson wanted to learn more about Israel, beyond what he hears and reads. So the NFL star came to the Jewish state for a visit.

Watson arrived Tuesday with his trainer, Quincy Avery, in a trip under the auspices of America’s Voices in Israel. It’s a group that organizes weeklong missions to Israel for prominent headline-makers with widespread credibility, according to its website.

His visit was not announced until the day before he left to tamp down criticism by groups that would urge him not to travel to Israel.

“This is a part of the world which gets a lot of attention internationally, and this is a chance for me to look beyond the headlines and learn more about the history and culture of this land,” Watson said in a statement. “I have been blessed to visit many countries around the world, but the chance to visit the Holy Land, see the sites and meet the people of this special place, truly is a special blessing and an amazing opportunity.”

Watson will be entering his third season with the Texans, and has tied or broken at least 12 NFL records.

On Wednesday he visited the ancient city of Shiloh in the West Bank, the first home of the biblical tabernacle. The former Clemson standout is scheduled to visit Masada, Yad Vashem, the Sea of Galilee and the Dead Sea, and will meet with leaders in the tech industry.

In February 2017, several NFL players pulled out of a trip sponsored by Israel’s Tourism and Public Diplomacy ministries, saying they felt “used” by the government.