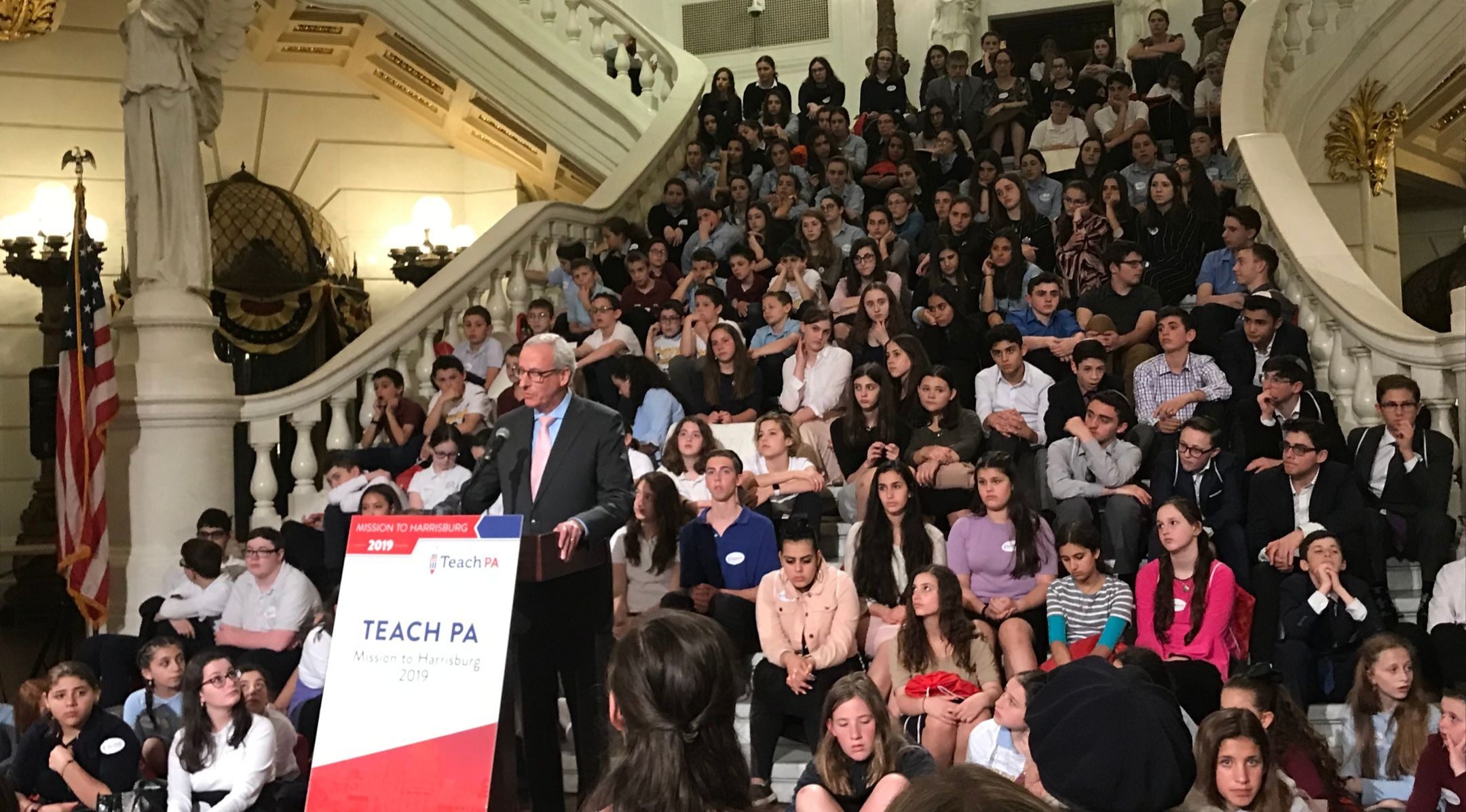 (JTA) — Hundreds of students from Jewish day schools and yeshivas in Pennsylvania visited lawmakers in the state capitol to lobby for increased security funding for nonpublic schools and community institutions.

Wednesday’s delegation in Harrisburg from 11 schools throughout the state — including from the capital city, Philadelphia, Lower Merion, Pittsburgh and Allentown — was organized by the Orthodox Union’s Teach PA.

The delegation was lobbying for a bill now being considered by the state’s Education Committee that would provide nonpublic schools with access to a state program that awards security grants to schools and school districts. The funding can be used for hiring and training security personnel and mental health professionals, as well as installing protected doors, windows, alarm systems and other measures to secure school buildings.

Organizers cited the October attack by a gunman who killed 11 worshippers at the Tree of Life synagogue complex in Pittsburgh.

“It was when we realized that our community was a target and therefore, we need to increase security at both our houses of worship and our day schools and yeshivas,” Teach PA Executive Director Arielle Frankston-Morris said. “Since then, we’ve been working with state legislators to provide the necessary funding for our schools so that our children can go to school feeling safe.”

Teach PA was founded in 2013 to advocate for equitable government funding for Pennsylvania nonpublic schools.