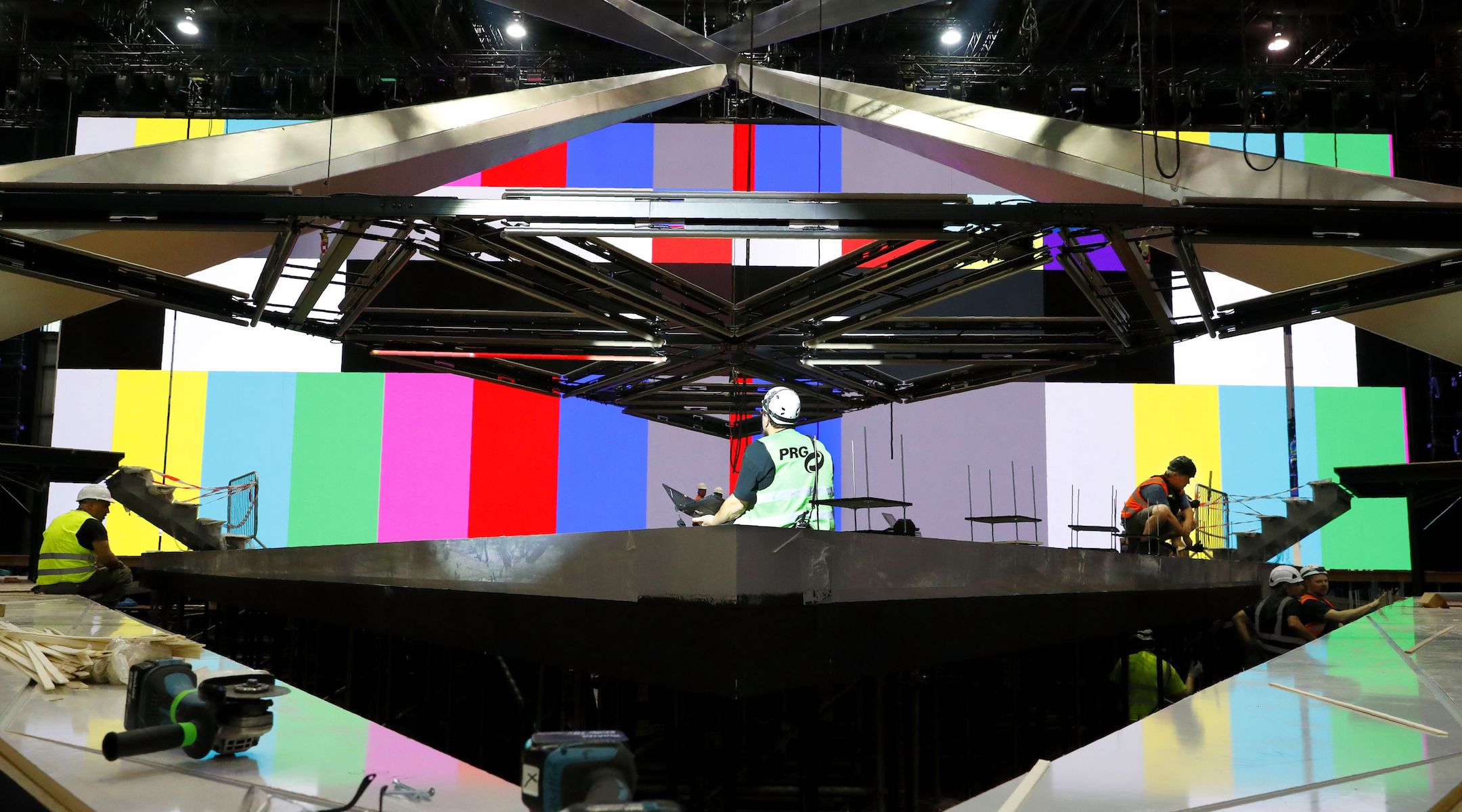 JERUSALEM (JTA) — Iceland’s pubic broadcaster was fined by the Eurovision Song Contest for displaying Palestinian flags during the finals in Israel.

After the final score for Iceland’s Hatari was announced at the end of the competition in May, the punk band, which has criticized Israel’s treatment of the Palestinians and toured Hebron during the competition, displayed scarves decorated with the Palestinian flag and the word Palestine.

The action violates the rules of the competition, organized by the European Broadcasting Union, which prohibits political gestures.

“The Eurovision Song Contest is a non-political event and this directly contradicts the contest rules. The banners were quickly removed and the consequences of this action will be discussed” by the contest’s executive board,” the EBU said in a statement immediately following the contest.

The fine was confirmed over the weekend. The amount of the fine is not known.

The Palestinian flag also made an appearance during pop idol Madonna’s performance during Eurovision. At the end of her single “Future,” her dancers, wearing gas masks, began walking up the stairs of her elaborate set two by two. The last two dancers each had a flag hanging on his and her backs – one Israeli flag and one Palestinian flag. She later was reprimanded by the EBU. The flags had not been seen during the dress rehearsal.

Meanwhile, Israel’s public broadcaster KAN is suing Live Nation over Madonna’s performance, claiming her representatives violated the terms of their agreement, Variety reported. KAN claims it provided technical and logistical support that went “beyond the Eurovision production, costs that were supposed to be covered by the singer’s team.” The lawsuit says that Live Nation had agreed to cover the costs but has not paid.