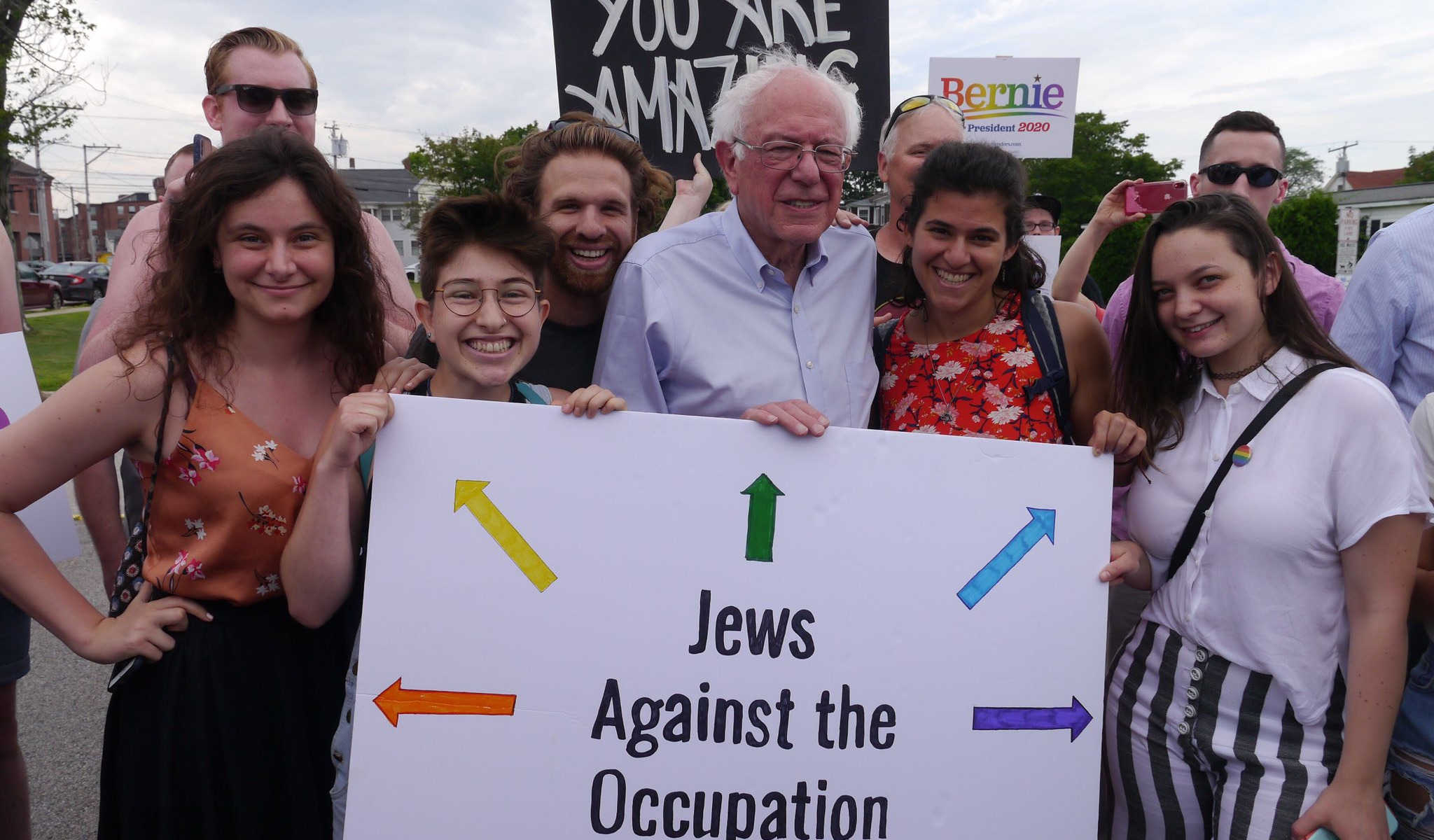 (JTA) — The left-wing group IfNotNow is trying to make Israel’s treatment of the Palestinians a centerpiece issue of the 2020 Democratic presidential race.

IfNotNow, a Jewish group of millennials that protests Israel’s control of the West Bank, on Friday announced that it has launched a 501(c)(4), a non-profit organization concerned with social welfare, “meant to bring the crisis of the Israeli military Occupation over the Palestinian people to the forefront of the 2020 Campaign.”

The group — which does not take a position on whether Israel should exist as a Jewish state — has hired six full-time fellows to live in New Hampshire and to spend the summer publicly confronting candidates during their events, it said in a statement.

On Saturday, IfNotNow members posed for a photo with candidate Bernie Sanders in New Hampshire, holding a “Jews Against the Occupation” sign.

IfNotNow said in its announcement of the new endeavor that it founded the new arm in order to “expose the occupation as a moral crisis within the American Jewish community, end the weaponization of anti-Semitism in the political debate over Israel, and create political space for leaders who will stand up for the freedom and dignity for all Israelis and Palestinians.”

The group has raised its profile over the last year by protesting Birthright in a variety of ways, including walking off of its free 10-day trips to Israel.