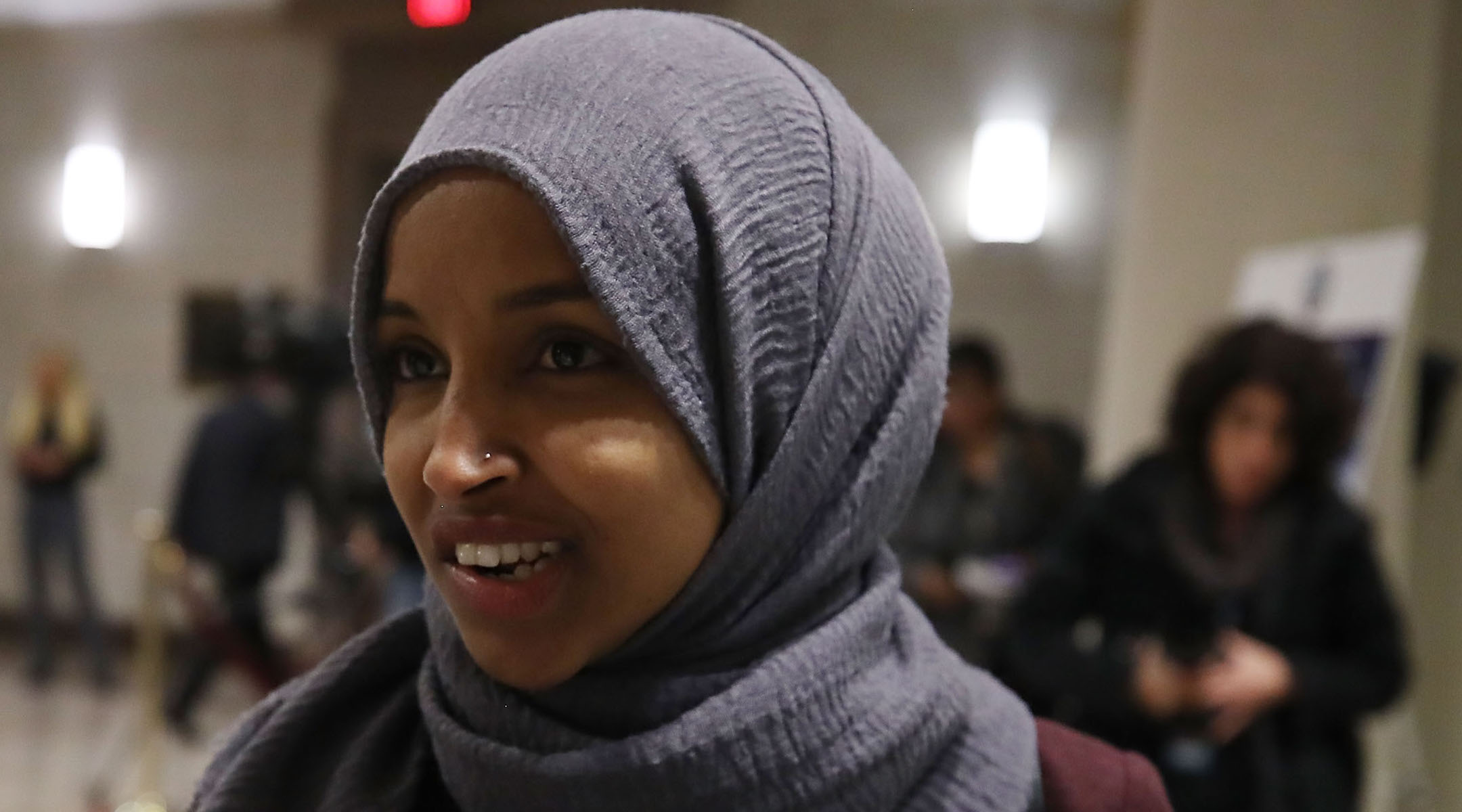 WASHINGTON (JTA) — Rep. Ilhan Omar apologized for saying that AIPAC buys politicians’ support of Israel after the Democratic leadership called for an apology.

“Anti-Semitism is real and I am grateful for Jewish allies and colleagues who are educating me on the painful history of anti-Semitic tropes,” the freshman Minnesota Democrat said Monday in a statement posted on Twitter, where her offensive posts had appeared a day earlier.

“We have to always be willing to step back and think through criticism, just as I expect people to hear me when others attack me for my identity,” said Omar, one of the first two Muslim women elected to Congress, and a refugee from Somalia. “This is why I unequivocally apologize.”

Omar then said she reaffirmed her concerns about the “problematic” role of lobbyists, including the American Israel Public Affairs Committee, but adding the gun and oil lobbies.

Omar, who backs the boycott Israel movement, said in a tweet Sunday that Israel-related criticism of her was motivated by money that AIPAC paid to politicians. AIPAC does not fund campaigns.