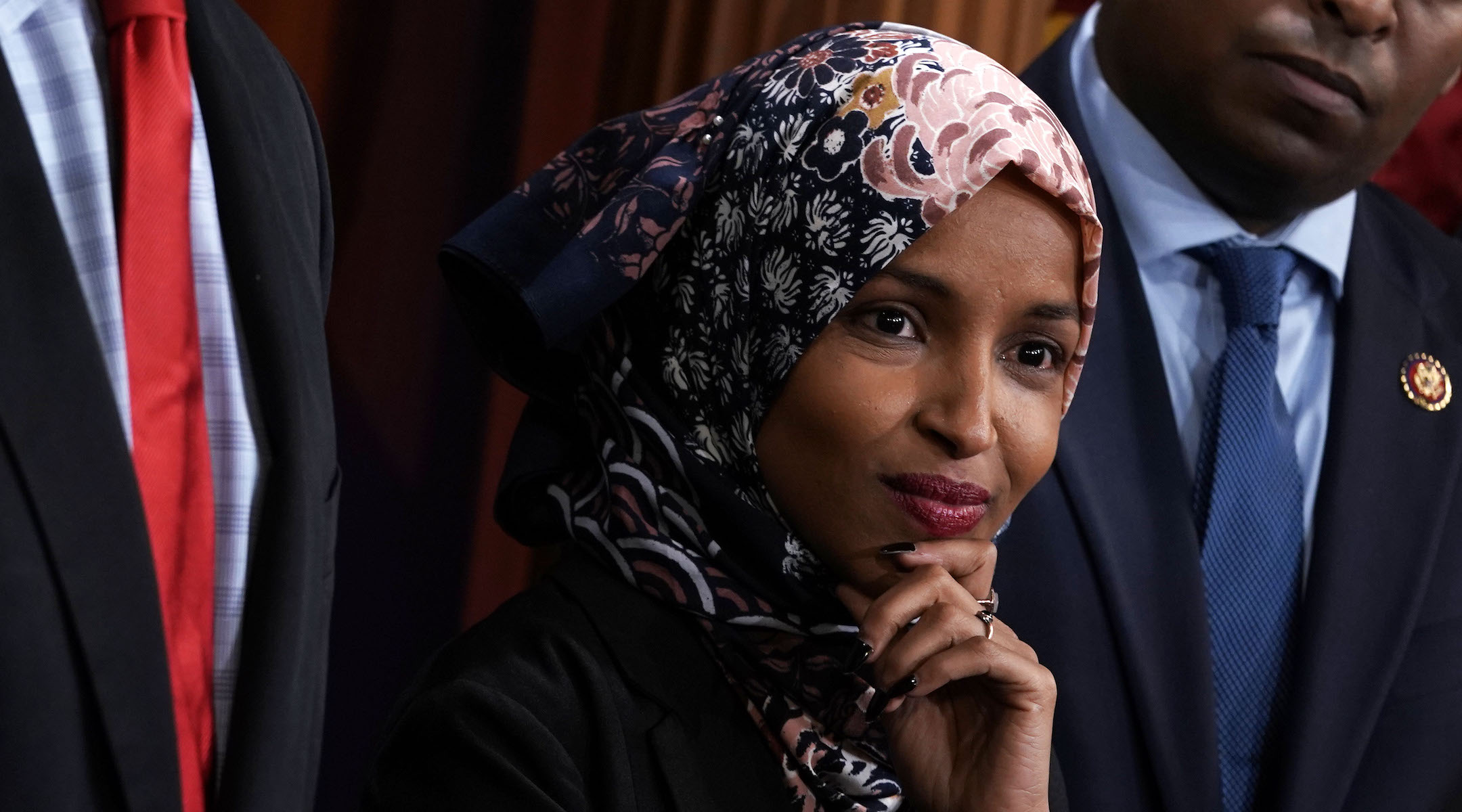 WASHINGTON (JTA) — Rep. Ilhan Omar, D-Minn., defended her critiques of Israel as calling for a more “balanced” policy toward the Israeli-Palestinian conflict, but also described Israel as the “historical homeland” of the Jews.

In the same op-ed Monday for The Washington Post, the Somali-American freshman lawmaker also reiterated her support for a two-state solution to the conflict, calling for “internationally recognized borders, which allows for both Israelis and Palestinians to have their own sanctuaries and self-determination.”

The op-ed is the most extensive articulation of her Mideast views since a controversy erupted over remarks she made at a public event last month that Jewish Democrats and others felt invoked an anti-Semitic slander.

“The founding of Israel 70 years ago was built on the Jewish people’s connection to their historical homeland, as well as the urgency of establishing a nation in the wake of the horror of the Holocaust and the centuries of anti-Semitic oppression leading up to it,” Omar wrote in the op-ed.

“We must acknowledge that this is also the historical homeland of Palestinians,” Omar said, reiterating her support for a two-state solution. “And without a state, the Palestinian people live in a state of permanent refugeehood and displacement. This, too, is a refugee crisis, and they, too, deserve freedom and dignity.”

Her staff said the op-ed was a bid to explain her positions. Ilhan had been under fire after saying she felt pressured to pledge “allegiance” to Israel, which critics said invoked anti-Israel accusations of dual loyalty. She had also faced criticism for previous tweets that suggested that U.S. Mideast policy was exclusively influenced by the pro-Israel lobby AIPAC and that Israel had “hypnotized” the world into taking its side.

Michael Koplow of the Israel Policy Forum, which advocates for a two-state solution, tweeted in response to Omar’s op-ed: “I’m glad that Ilhan Omar’s op-ed stresses the importance of two states and backs Israel’s fundamental legitimacy. As before, the question of whether this means she has genuinely reconsidered her previous language will be proven more by what she says in her unscripted moments.”