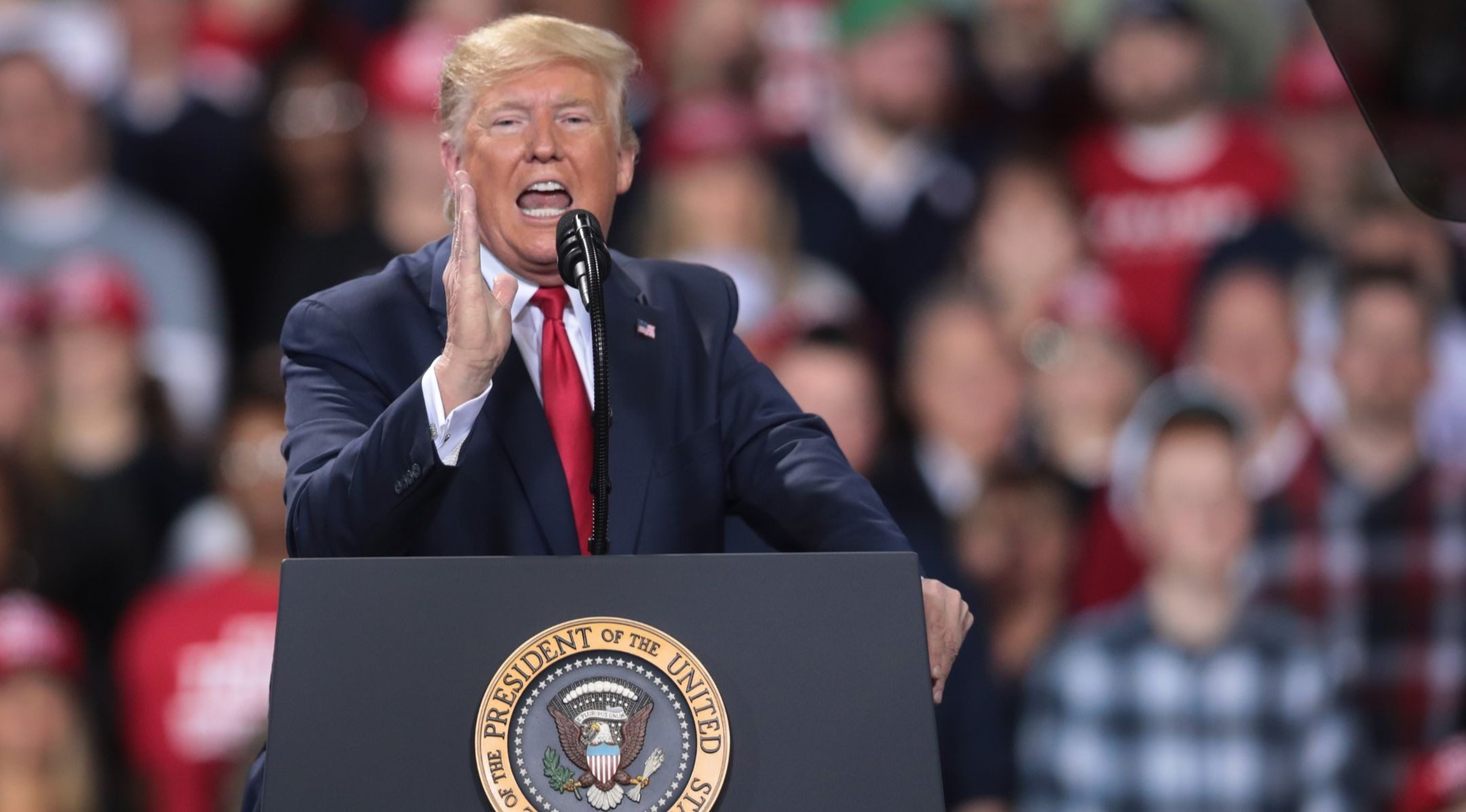 President Donald Trump addresses his first impeachment during a Merry Christmas Rally at the Kellogg Arena in Battle Creek, Mich., Dec. 18, 2019. While Trump spoke at the rally, the House of Representatives voted to impeach the president. (Scott Olson/Getty Images)
Advertisement

(JTA) — The impeachment trial for Donald Trump will pause for Shabbat, after the former president’s lawyer requested accommodations for his religious observance.

David Schoen, the Orthodox attorney leading Trump’s defense, asked for the trial to be paused for the duration of the Jewish day of rest, which begins this coming Friday in Washington, D.C., at 5:24 p.m. Friday and lasts for 25 hours.

A spokesman for Senate Majority Leader Chuck Schumer, who’s also Jewish, told CNN on Saturday that Schoen’s team had requested that the trial, which is set to begin Tuesday, be paused on Friday afternoon and resumed Sunday.

“We respect their request and of course will accommodate it. Conversations with the relevant parties about the structure of the trial continue,” said the spokesman, Justin Goodman.

Trump is fighting an incitement charge in connection with the Jan. 6 insurrection at the US Capitol. The former president denies inciting his supporters, who had gathered to protest the election results, to storm the Capitol building, in a riot that resulted in five deaths.

The trial is Trump’s second. His first took place over multiple weeks in 2020, ending with his acquittal on Feb. 5.