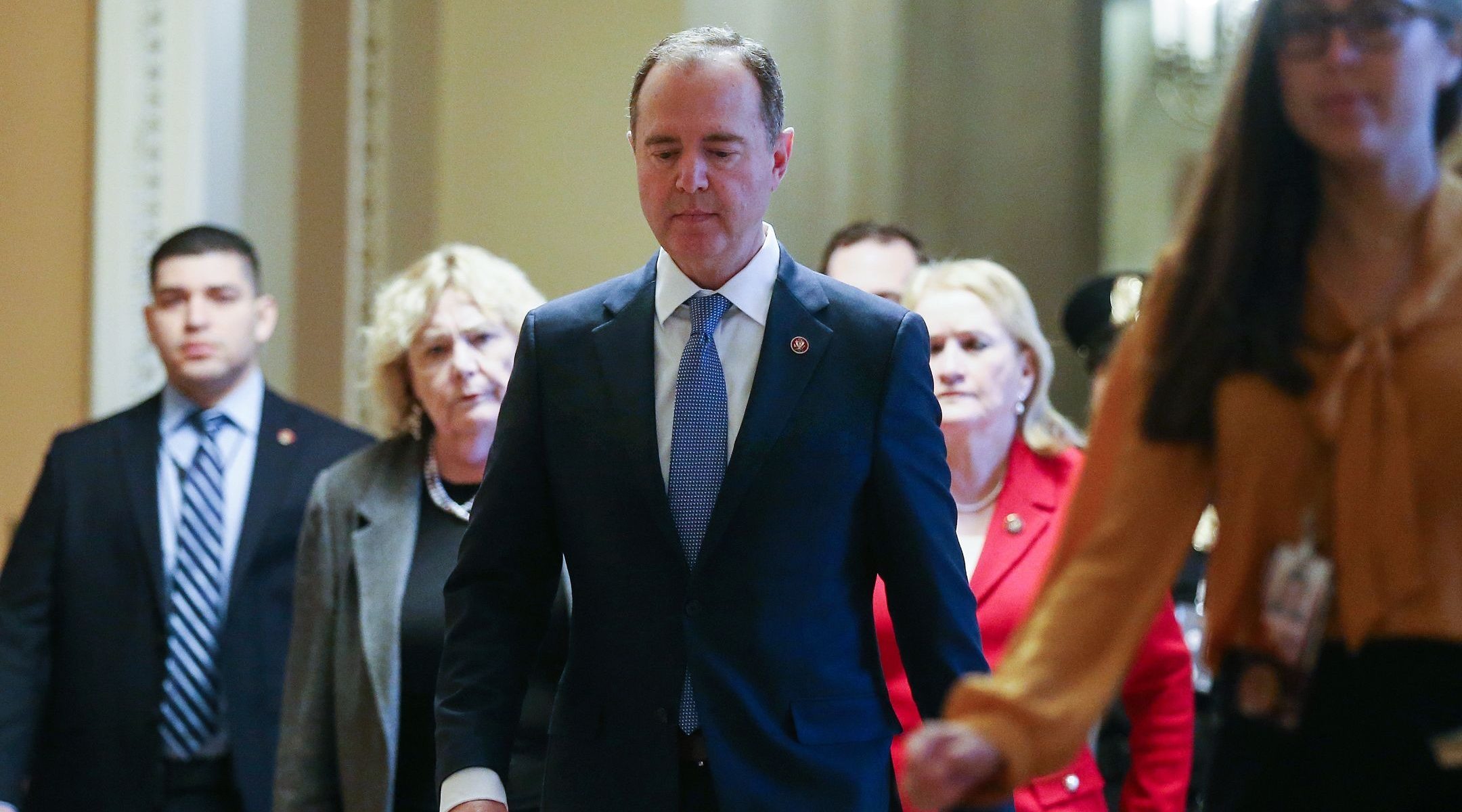 WASHINGTON (JTA) — The Senate on Wednesday voted to acquit President Donald Trump on charges of abuse of power and obstruction of Congress.

The vote was 52-48 on the abuse of power charge, with Democrats all voting to convict along with one Republican, Mitt Romney of Utah. Romney joined fellow Republicans in the 53-47 vote on the obstruction of Congress charge that went strictly along party lines.

Schiff and Nadler, like virtually every actor on both sides of the impeachment, have drawn fire during the proceedings. In their case, however, the criticism at times has appeared to be anti-Semitic in tone. Notably TruNews, a pro-Trump video outlet accredited at least twice for White House coverage, dubbed the impeachment a “Jew coup.”

Schiff also accused Trump of threatening him with retribution for his role in the proceedings, which the White House denied.

Also taking a lead role on the defense team was Harvard law professor Alan Dershowitz, who said the impeachment charges did not meet constitutional standards. Dershowitz, a self-described liberal Democrat, is a prominent lawyer and well known pro-Israel author.

The charges were based on Trump soliciting Ukraine to investigate a political rival, Joe Biden, the vice president under Trump’s predecessor, Barack Obama. Democrats said the pressure, which came while Ukraine was awaiting vital U.S. defense assistance, amounted to a bribe and extortion.

Trump and many of his defenders said it was a normative request that an ally investigate corruption, although no substantive evidence of Biden’s corruption has emerged. A number of Republican senators decried the pressure in the days leading up to the impeachment vote but said it did not merit removal from office.