In an echo of the spring, large crowds gather for Hasidic rabbi’s funeral in Brooklyn 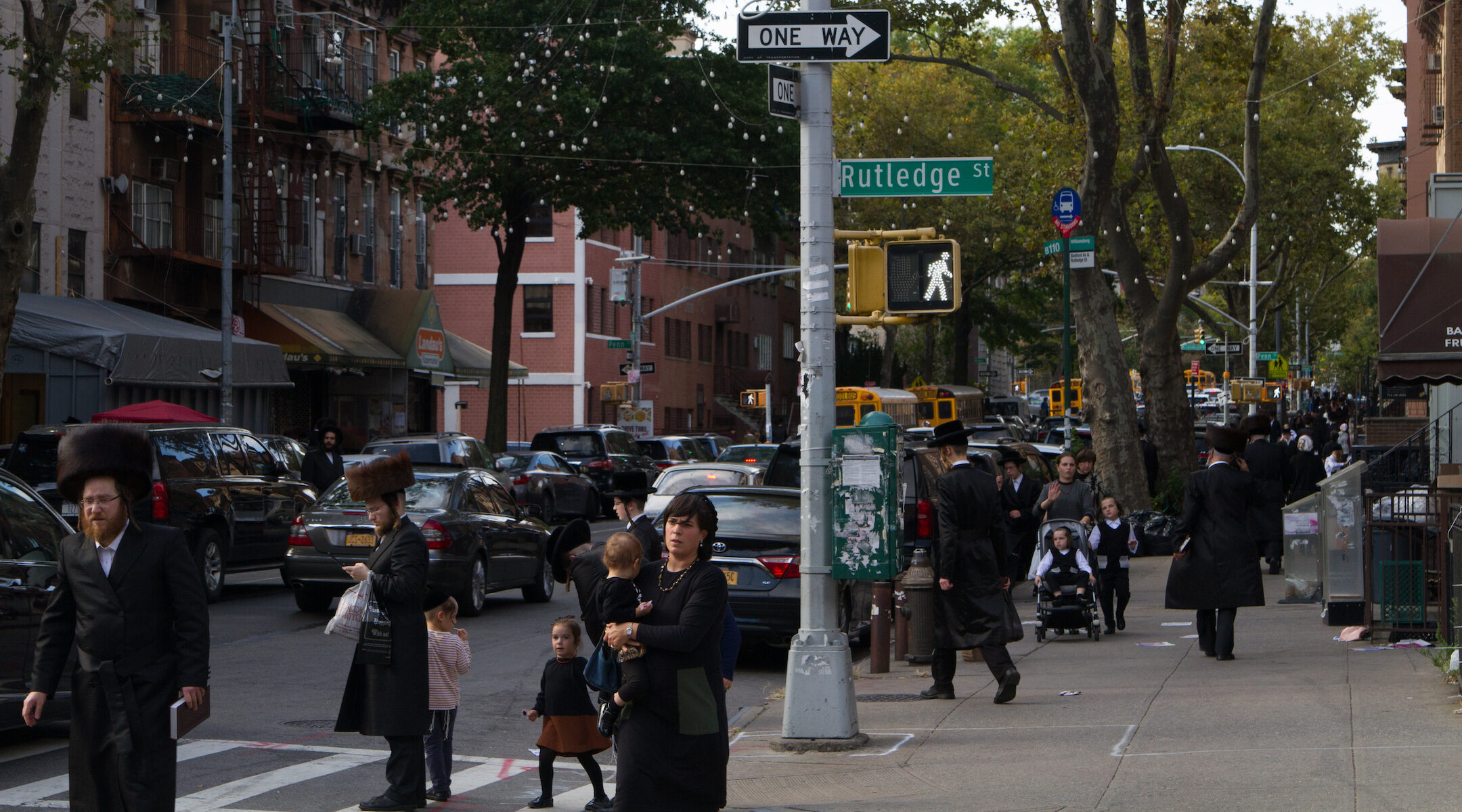 (JTA) — Large crowds gathered Monday afternoon for the funeral of a beloved Hasidic rabbi in Williamsburg, home to the Satmar Hasidic community in Brooklyn.

Thousands gathered at the funeral, according to the New York Post, and most did not wear masks.

The funeral took place at the same synagogue where a massive wedding expected to draw thousands was planned and then stopped by state authorities in October. Another massive Satmar wedding was held at a different location in Williamsburg the next month, though that event was kept secret until weeks afterwards when a Hasidic newspaper wrote about the planning that made it possible to pull off without detection.

The man who died, Rabbi Yisroel Chaim Menashe Friedman, was a longtime judge of the Satmar rabbinic court and a respected authority on Jewish law. He was considered one of the most important figures in the Satmar faction led by Rabbi Zalman Teitelbaum in Williamsburg. He was 94.

On Sunday night, Teitelbaum spoke a different gathering, a celebration of the 21st of Kislev, the day that Rabbi Yoel Teitelbaum, Zalman’s father, fled the Nazis on the Kasztner train in 1944. There, he told followers that they should not consider themselves Americans, according to the Jerusalem Post.

Funerals for community leaders of that stature in Orthodox communities often draw thousands of mourners. Earlier in the pandemic, a large funeral for a Hasidic rabbi in Williamsburg drew thousands to the street, provoking a tweet from New York City Mayor Bill de Blasio that called out “the Jewish community.”

The tweet was widely criticized among New York Jews but not the Williamsburg community itself. Leaders of the two main synagogues in the Satmar community in Williamsburg wrote letters at the time defending the mayor from charges of anti-Semitism. One of those leaders, Mayer Rispler, himself died of the coronavirus in October.