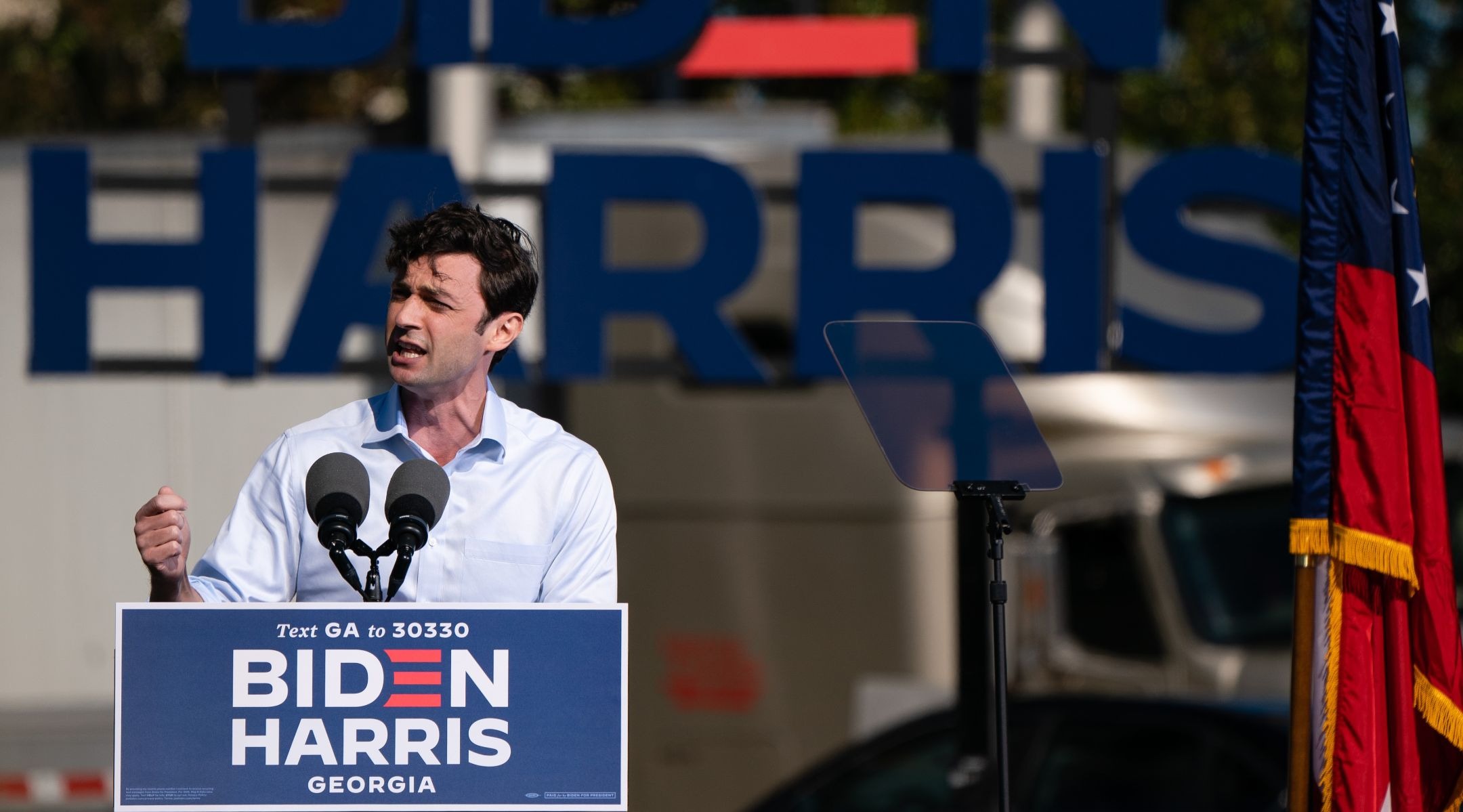 Democratic US Senate candidate Jon Ossoff speaks at a Get Out the Vote rally with former US President Barack Obama as he campaigns for Democratic presidential candidate former Vice President Joe Biden in Atlanta on Nov. 2, 2020. (Elijah Nouvelage / AFP via Getty Images)
Advertisement

(JTA) — Jon Ossoff, the Jewish Georgia Democrat running for the US Senate, gets another chance to unseat Republican incumbent Sen. David Perdue in a runoff.

Neither nominee in Tuesday’s election met the 50% threshold that under Georgia law would have won him the election outright. The runoff election will take place on Jan. 5. The most recent count has Perdue at 49.8% and Ossoff at 47.8%. A Libertarian candidate in the race held the rest of the votes.

The race until now was marred by accusations of bigotry against Perdue’s campaign, including an ad that digitally manipulated Ossoff’s nose to make it look longer. Ossoff raised the ad, which Perdue had taken down, in a contentious debate.

Also headed for a Georgia runoff is a separate special election for the Senate, pitting incumbent Sen. Kelly Loeffler, a Republican business owner whom Georgia’s governor named to the seat earlier this year after a longtime senator retired because of illness, against Raphael Warnock, a Black Atlanta pastor. Warnock is the spiritual leader of the Ebenezer Baptist Church, which Marin Luther King Jr. helped helm until his 1968 assassination.

Georgia’s Democrats are energized by the surprise win in their state of Democratic presidential nominee Joe Biden, who appears likely to win the presidency. Wins by Ossoff and Warnock, coupled with a decision in favor of the Biden-Kamala Harris ticket, would hand the Senate to Democratic control, and both races are set to attract a lot of attention and a lot of money.