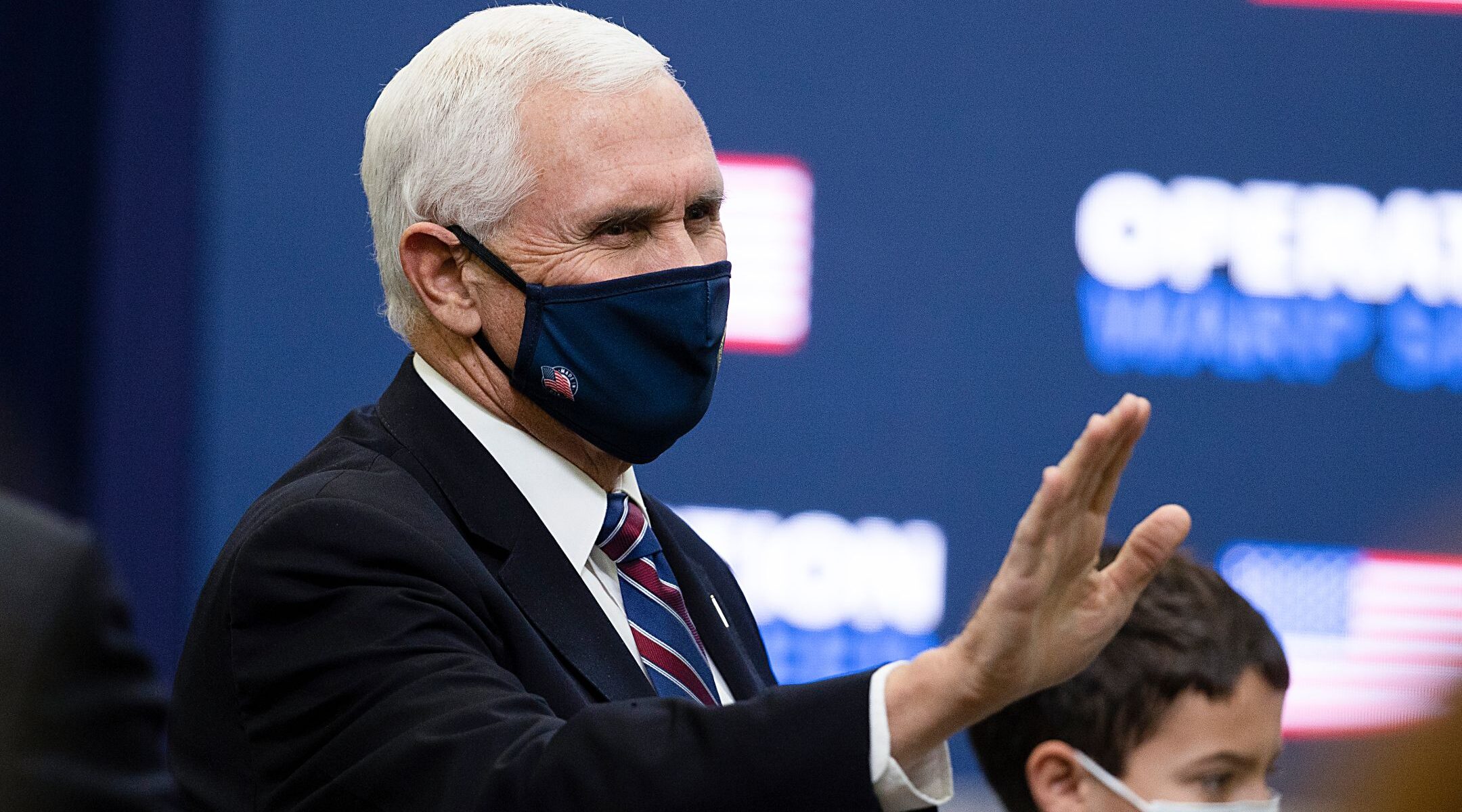 Pence spoke for 10 to 15 minutes on Tuesday afternoon, the day before President Donald Trump is hosting his last two Hanukkah parties, and two days before the first night of Hanukkah. He did not take any questions, two listeners on the off-the-record call told the Jewish Telegraphic Agency.

He noted the span of Trump administration policies that have aligned with those of Israeli Prime Minister Benjamin Netanyahu, including moving the embassy to Jerusalem in 2018 and more recently, advocating for the labeling of goods made in West Bank settlements as made in Israel.

He also noted that the addition of Amy Coney Barrett to the Supreme Court helped secure the decision allowing houses of worship to open during the pandemic. Until Ruth Bader Ginsburg, who was Jewish, died in September, the court had in two 5-4 decisions rejected such openings. The first appeal to reach the court after Ginsburg’s death seeking to overturn state pandemic restrictions on houses of worship was from Agudath Israel of America.

Pence also recalled the late British chief rabbi, Jonathan Sacks, whom he said he was privileged to have met. He did not address his imminent departure. Trump and his acolytes still deny that they have lost the election to President-elect Joe Biden.

There were about 100 people on the call. A number of Jewish leaders have said they will not attend the Hanukkah parties because of the risk that they could spread the coronavirus.