In Israel, 1 in every 132 haredi Orthodox adults over age 65 has died from the coronavirus 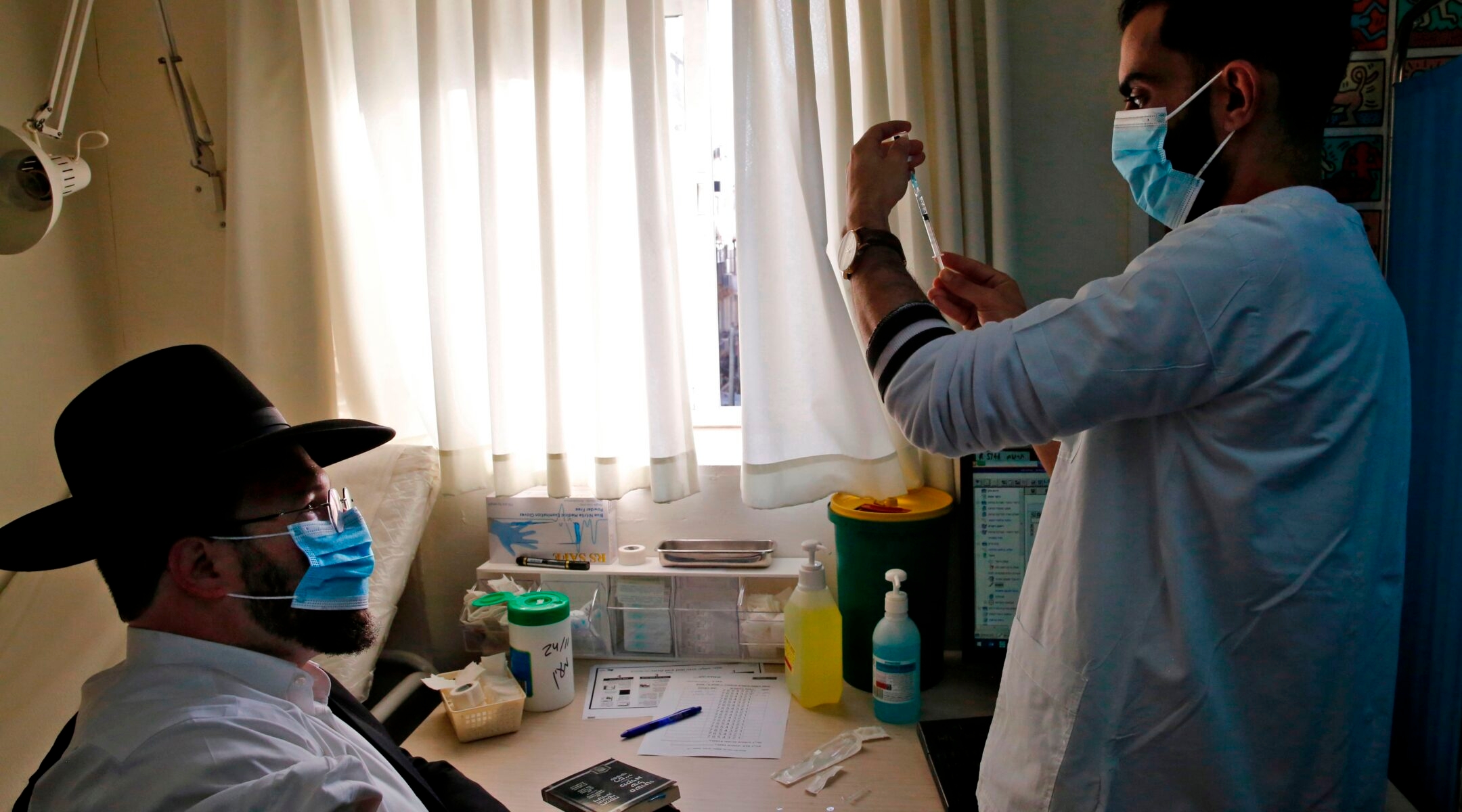 A haredi Orthodox man waits to be vaccinated against the COVID-19 coronavirus in Bnei Brak, a haredi city in Israel, Dec. 21, 2020. (Gil Cohen-Magen/AFP via Getty Images)
Advertisement

(JTA) — In Israel, as in the United States, haredi Orthodox communities have been hard hit by the coronavirus.

Now new data from the Israeli Ministry of Health shows that one in 132 haredi, or ultra-Orthodox, adults in Israel over age 65 has died from the coronavirus, compared with one in 475 adults over 65 among the general population, according to Israel Hayom. That puts the death toll among haredi adults over 65 at 3.6 times that of the general Israeli population.

Haredi families in Israel often live in cramped quarters, with large families in small apartments, allowing the virus to spread easily among family members. The communal nature of the haredi lifestyle has made their communities particularly susceptible to the virus, as has continued resistance to social distancing measures and lockdowns. Even as Israel has gone through several lockdowns, haredim have continued to come together for large weddings, funerals and other gatherings.

As the Israeli government has struggled to have the haredim comply with social distancing measures, haredi Israelis have flocked to get the vaccine.

“The response has been overwhelming,” a medical official familiar with the haredi sector told Israel Hayom, saying the lines to get the vaccine have been especially long in haredi cities.

In the U.S.,  too, there has been strong interest in the coronavirus vaccine in Orthodox communities, even where compliance with pandemic guidelines has been spotty. ParCare, an Orthodox-owned health clinic with locations in Brooklyn, Manhattan and Orange County, is currently under investigation by New York state’s attorney general for administering vaccines to the general public while the state’s guidance has specified only specific groups are eligible.