In ‘The Keeper,’ a rabbi saves the soccer career of an ex-Nazi 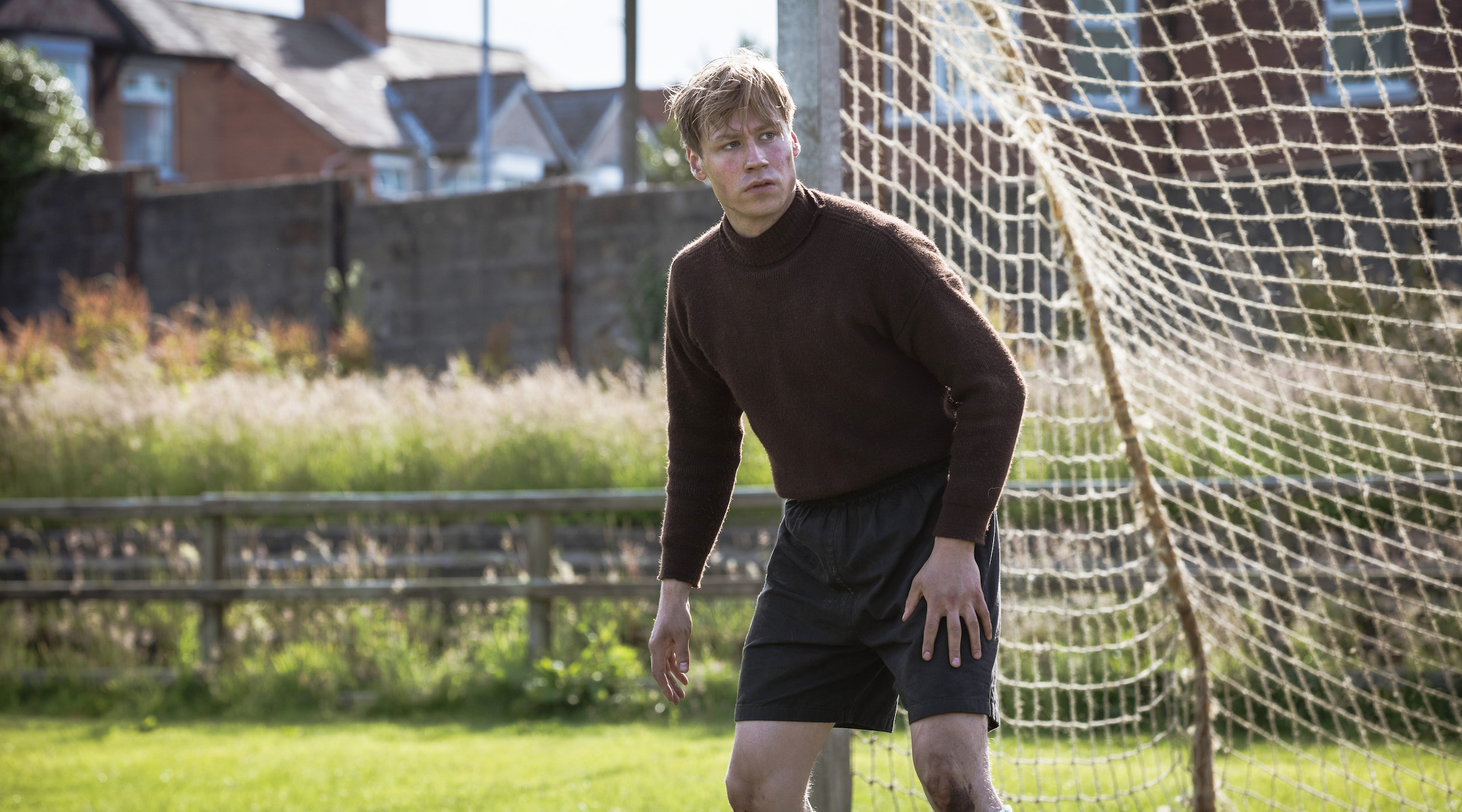 (JTA) — “The Keeper,” a film about the true story of a Nazi-turned-soccer-goalie whose career is saved by a rabbi, is proof that sometimes truth is very much stranger than fiction.

Bert Trautmann (played by David Kross) was a Nazi soldier who was captured by British forces towards the end of World War II. While a prisoner of war, he begins playing on a British soccer team, and his extraordinary talent gets him noticed.

When Manchester City, one of the most storied English teams, decides to draft him, Trautmann’s past gets drudged up. Manchester had a large Jewish population at the time, and Trautmann’s career faces stiff opposition.

In comes Orthodox Rabbi Alexander Altmann (Butz Ulrich Buse), who pens a letter to the paper urging his fellow Jews to forgive, even though his own parents and family members were killed by the Nazis.

The film, which has won Jewish film festival awards from Atlanta to Seattle, opens Friday at select theaters and video on demand.

Director Marcus Rosenmüller was unfamiliar with the Trautmann story, but he became “particularly enthusiastic about (its) social relevance and about it being a story about reconciliation and love,” he said in an email interview.

Altmann has little screen time in the film, and Buse’s name is not listed among the major credits. But Rosenmüller, who is German, said Altmann’s letter to the newspaper “contains the central message of our film.”