In the wake of Poway attack, Chabad to press for ‘moment of silence’ in schools 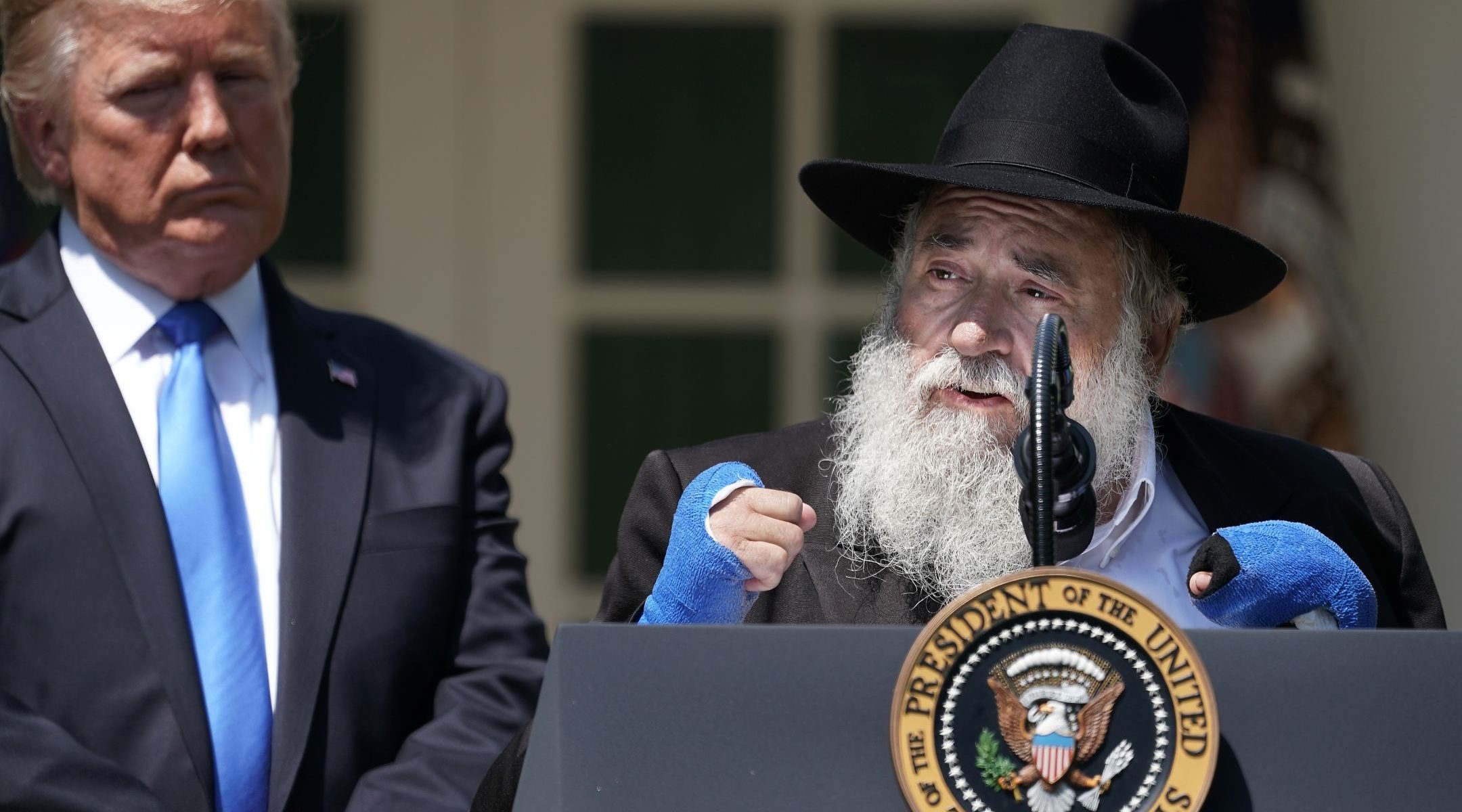 U.S. President Donald Trump (L) listens to Congregation Chabad Rabbi Yisroel Goldstein of Poway, California, speak during a National Day of Prayer service in the Rose Garden at the White House in Washington, DC on May 02, 2019. (Chip Somodevilla/Getty Images)
Advertisement

WASHINGTON (JTA) –In the wake of a deadly attack on a Chabad synagogue in California, the movement will press for a mandatory moment of silence in American schools, a measure that it claims will reduce violence.

In a release Sunday, the Washington-based American Friends of Lubavitch (Chabad) said chapters in all 50 states would advocate for a moment of silence, a measure first proposed by the movement’s late leader, Rabbi Menachem Mendel Schneerson.

A number of Chabad rabbis have spoken about what they say is the proven effect of a moment of silence in reducing violence, citing government statistics correlating a drop in violence in areas where schools observe the practice.

“A focus in silence for even one minute at the beginning of the school day can have a huge impact on the rest of the day and on the life of a child,” Rabbi Levi Shemtov, the executive vice president of American Friends of Lubavitch, said in the release. “We have a trove of data proving just that, with virtually no downside.”

The renewed effort comes in the wake of an attack last month in Poway, California, a town north of San Diego, when a 19-year-old white supremacist allegedly opened fire, killing one worshipper, Lori Gilbert-Kaye, and wounding three, including the rabbi, Yisroel Goldstein.

Goldstein spoke of the idea at the White House National Day of Prayer last week. “The Rebbe said, ‘We need to go back to the basics and introduce a moment of silence in all public schools’,” Goldstein said to applause, referring to Schneerson, “‘so that children, from early childhood on, could recognize that there’s more good to the world, that they are valuable, that there is accountability, and every human being is created in God’s image.’

“If something good could come out of this terrible, terrible, horrific event, let us bring back a moment of silence to our public school system,” Goldstein said. President Donald Trump called the sentiment “beautiful.”