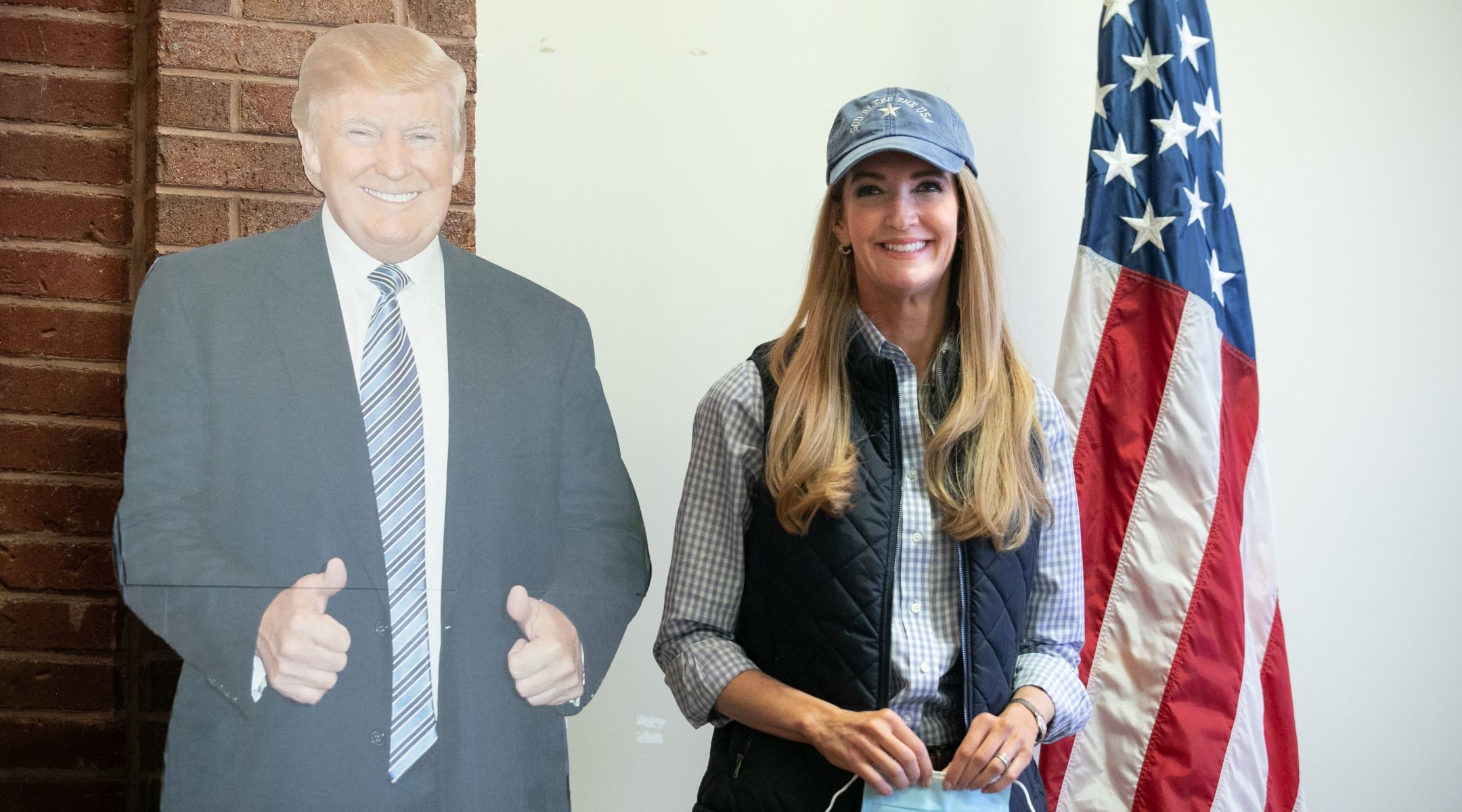 (JTA) — Kelly Loeffler, the Republican running for reelection as a U.S. senator in Georgia, is smiling in the selfie with a white supremacist who served prison time for beating a Black man he saw accompanying a white woman.

She claims to have been unhappy discovering who Chester Doles was.

“Kelly had no idea who that was, and if she had she would have kicked him out immediately because we condemn in the most vociferous terms everything that he stands for,” Stephen Lawson, Loeffler’s campaign spokesman, told The Atlanta Journal-Constitution on Sunday, two days after Doles posed for the image with Loeffler at a campaign event in Dawsonville, Georgia. He later posted the image on a far-right social media site.

Among the first groups to draw attention to the photo was Bend the Arc: Jewish Action, a group campaigning for Loeffler’s opponent in the Jan. 5 election, Raphael Warnock, a Democrat.

“Kelly Loeffler just posed for a photo with Chester Doles, a former KKK leader who runs the white supremacist American Patriots USA,” the group said Saturday on Twitter, noting Doles’ 1993 attack on a Black man in Maryland and his participation in the deadly 2017 white supremacist march in Charlottesville, Virginia.

Warnock and Loeffler have exchanged accusations of associations with anti-Semites. Loeffler is close to Marjorie Taylor Greene, a newly elected Georgia congresswoman affiliated with the QAnon conspiracy theory movement, which has echoed anti-Semitic tropes. Warnock, a pastor, has in the past criticized Israeli policy on the Palestinians.

There are two Senate races in Georgia on Jan. 5, the other pitting incumbent Republican David Perdue against Jon Ossoff, a Jewish Democrat. If Democrats win both, they will seize control of the Senate from Republicans. Polls show both races to be close.